Wyoming Lawmakers: Same-Sex Marriage Is an Unconstitutional Establishment of Religion

Earlier this month, a lawmaker in Wyoming introduced a bill, HB 0167, that would have banned same-sex marriage (labeling it “parody marriage”). The bill, introduced by state representatives Lars Lone and Roy Edwards, was not considered and has since died, and was more of a statement than anything else.

It is encouraging that a bill of this sort, even in a red state, had only two sponsors and effectively died immediately upon introduction. Marriage equality is here to stay. What I found most interesting, though, was the twisted (and fascinating) logic Lone and Edwards employed in the text of their bill. In short, they attempted to flip the church/state narrative on its head and argue that affirming same-sex marriage is an establishment of religion, and that banning it is the secular and neutral option.

Here is how they begin:

(i)  Parody marriages and policies that endorse parody marriages are nonsecular in nature for purposes of the Establishment Clause of the First Amendment to the United States Constitution;

Lone and Edwards term same-sex marriage “parody marriage” and argue in their bill that such unions are “nonsecular” because (they assert) these unions are part of the secular humanist “religion.” Given that same-sex unions are nonsecular, Lone and Edwards argue, legalizing these marriages violates the Establishment Clause of the U.S. Constitution. State affirmation of (and recognition of) same-sex marriage, they contend, amounts to an unconstitutional establishment of the religion of secular humanism.

In case you are beginning to wonder whether you have entered an upside-down world, you definitely have.

Have a look at this bit, for instance:

(iv)  Marriage between a man and a woman arose out of the nature of things and is natural, neutral and noncontroversial unlike parody marriages;

To me it feels highly ironic that Lone and Edwards are lambasting “secular humanism” and labeling it a religion while simultaneously arguing against same-sex marriage based on secular “naturalistic” grounds. Secular humanism, in evangelical parlance, is any belief system that centers humankind (rather than God) and holds that the material world is all that exists. But isn’t that exactly what Lone and Edwards are doing here when they make this argument from nature?

Lone and Edwards position themselves as guardians of the separation of church and state. They contend that states are bound to uphold the U.S. Constitution, and that states must therefore oppose same-sex “parody marriages” because these unions are religious in nature and are thus an establishment of religion and a violation of the Establishment Clause.

(viii)  All forms of parody marriage and all nonheterosexualsexual orientations or self asserted sex based identify narratives that fail to check out with the human design are part of the religion of secular humanism;

(x)  The state of Wyoming is prohibited from endorsing or favoring religion over nonreligion;

(xi)  The state of Wyoming’s decision to respect, endorse and recognize parody marriages and sexual orientation policies has excessively entangled the government with the religion of secular humanism, failed to accomplish its intended purpose and created an indefensible legal weapon against nonobservers;

Before I move further into why this is wrong, Lone and Edwards’ citation of Torcaso v. Watkins is absurd. In that case, Roy Torcaso brought suit after having his position as notary public revoked because he was an atheist. (At the time, Maryland’s constitution barred anyone who did not press a belief in God from holding public office.) The Supreme Court held as follows:

We repeat and again reaffirm that neither a State nor the Federal Government can constitutionally force a person “to profess a belief or disbelief in any religion.” Neither can constitutionally pass laws or impose requirements which aid all religions as against nonbelievers, and neither can aid those religions based on a belief in the existence of God as against those religions founded on different beliefs.

In a footnote, the Court added the following:

Among religions in this country which do not teach what would generally be considered a belief in the existence of God are Buddhism, Taoism, Ethical Culture, Secular Humanism and others.

The footnote cited two circuit or appeals court cases, both handed down in 1957, which found that ethical (case 1) or humanist (case 2) societies that had their own facility and congregation and practiced weekly meetings operated like a church for the purposes of tax exemption. Several circuit courts have since stated that the Court’s footnote in Torcaso was not meant to suggest that “secular humanism” (a term not used in either decision) was a religion under the First Amendment or subject to the Establishment Clause.

Evangelicals frequently use Torcaso to argue that “secular humanism” is a religion. This is a mistake for two reasons. First, if you actually look up the cases mentioned in the footnote and put the reference to “ethical culture” and “secular humanism” in that context (which you are clearly meant to do, given that the first case was about an ethical society and the second about a humanist fellowship), you will see that at issue was the form of practice rather than the belief system. I very much suspect that Lone and Edwards did not bother to actually look up those citations.

Again, Lone and Edwards bill went nowhere, even in red-state Wyoming. Still, the text of the bill gives us a glimpse into the minds of those ultra-conservative legislators who aren’t quite willing to give up.

(i)  “Nonsecular state action” means any state action that endorses, respects and recognizes the beliefs of a particular religion where the preeminent and primary force driving the state action is not genuine but is a sham that ultimately has a primarily religious objective;

There’s a whole lot of playing fast and loose with words like “genuine” here. Unless I very much miss my guess, Lone and Edwards would be first in line to vote for a bill to mandate official prayer in the state’s public schools. After all, such state action would presumably be “genuine” and not a “sham.” Also? This isn’t how constitutional law works. 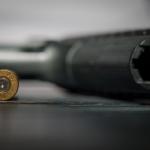 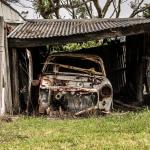 February 22, 2018 TTUAC: Life without Struggle Has No Achievement
Recent Comments
0 | Leave a Comment
Browse Our Archives
get the latest from
Nonreligious
Sign up for our newsletter
POPULAR AT PATHEOS Nonreligious
1