Last March, E. Scott Lloyd was appointed Director of the Office of Refugee Resettlement. His appointment garnered criticism—he did not appear to have much if any relevant experience with resettling refugees. His most relevant experience appeared to be traveling to Iraq to write a report on ISIS’ persecution of Christians, as an attorney for the Catholic charity Knights of Columbus. His primary passion, though, appeared to be his anti-abortion activism.

It should come as a surprise to no one that Lloyd has found a way to use his position at the Office of Refugee Resettlement to prevent abortions among vulnerable populations. In March, the same month he was appointed, Lloyd discussed using an unproven medical technique to “reverse” an abortion obtained by a pregnant undocumented teen in HHS custody.

Patients undergoing medication abortion take two pills. After ingesting the first, they have between 24 and 48 hours to take the second and complete the abortion, according to the Food and Drug Administration.

But in March 2017, the Trump administration delayed allowing an undocumented, pregnant teen to take the second pill for several hours in order to determine the “health status” of her “unborn child,” according to the March 6 memo.

According to the memo, an examination of the teen at a local hospital found a fetal heartbeat more than 24 hours after the teen took the first pill in the medication abortion.

“HHS does not believe we are required to facilitate the abortion.”

In [a] December deposition, Amiri asked Lloyd why ORR officials would undertake such a hospital visit. Lloyd told her, “I’m not, I’m not exactly sure.”

“Did you have conversations about whether the medication abortion could be reversed?” she asked.

Amiri asked, “Who did you have those conversations with?”

“Why would ORR seek to try to reverse the abortion of an unaccompanied minor?”

“I don’t know, I mean except to save the life of the baby,” Lloyd replied.

This information came out this past fall after four other pregnant undocumented teens in HHS custody accused Lloyd’s office of blocking their access to abortions. One of the girls, “Jane Doe,” sued the office in federal court, represented by the ACLU; the D.C. Circuit Court of Appeals found in her favor.

Lloyd has personally intervened to try to persuade unaccompanied minor girls not to have abortions, according to an HHS official.

“When there’s a child in the program who is pregnant, he has been reaching out to her and trying to help as much as possible with life-affirming options,” the spokesman said. “He by law has custody of these children, and just like a foster parent, he knows that that’s a lot of responsibility and he is going to make choices that he thinks are best for both the mother and the child.”

There are about 5,000 unaccompanied minors in the office’s custody.

Also, foster parents are the ones children actually live with. Lloyd does not have 5,000 undocumented children living with him and his wife in his house. A caseworker is not a foster parent, and a state director of child and family services—the closest equivalent to Lloyd’s position—is definitely not a foster parent. This whole “he’s their foster parent” gambit is utter and complete nonsense.

What exactly did Lloyd do, in his position as completely imaginary foster parent?

Court filings in the “Jane Doe” case showed that, as director of ORR, Lloyd flew to Texas to try to talk a young woman out of having an abortion.

“As I’ve said, often these girls start to regret abortion, and if this comes up, we need to connect her with resources for psychological and/or religious counseling,” Lloyd wrote in an email included in the filings by the American Civil Liberties Union.

In another email, he wrote that ORR’s shelters could only provide “pregnancy services and life-affirming options counseling” and “should not be supporting abortion services pre- or post-release.”

That is so inappropriate I don’t know what to say.

Lloyd flew from D.C. to Texas to talk to one specific teenage girl out of having an abortion. And he did this as the Director of the Office of Refugee Settlement. That sounds very much like an abuse of his office.

Oh, and it only gets worse:

The ACLU alleges that federal employees in Texas went as far as to visit the girl to talk her out of the procedure and took her to a Christian “crisis pregnancy center,” where she allegedly received an ultrasound against her will.

WTF. We are not living in Margaret Atwood’s Gilead. Yet.

According to the Washington Post, the Office of Refugee Resettlement (ORR) physically prevented the girl from going to a clinic to obtain an abortion despite the fact that a state judge had given her permission to undergo the procedure. It was only after the ACLU got involved and the case moved into federal court that the girl’s petition for an abortion was ultimately granted.

Lloyd flew across the country to talk a teen out of an abortion; the teen was taken to a Christian crisis pregnancy center and forced to have an ultrasound she did not want. Three other teens have made similar claims. And, in a separate case back in March, Lloyd discussed using a medically questionable procedure to “reverse” another teen’s abortion. If anything, the details that have come out in the settlement of this case make it clear that Lloyd has violated the bounds of his office and should be removed. 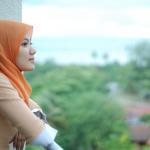 February 12, 2018
Conservatives are all about modesty---until Muslims do it
Next Post 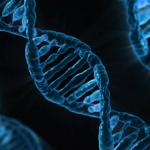