Answers in Genesis Plays Fast and Loose with Mitochondrial DNA

Answers in Genesis’ Melissa Webb recently wrote about a family that had their DNA tested along with the DNA of their two adopted children. The results? Predictably, the family’s DNA showed that the couple’s ancestry was from Europe and their children’s was from Asia. But Webb zeroed in on the family’s mitochondrial DNA, passed down from the mother.

Each of the four had a different variation of mitochondrial DNA—H, K, B, and N—but, Webb reported with some excitement, all four of these variations were part of the same family of variants—traceable back to one family after Noah’s flood.

Testing companies won’t tell you one thing shown on the map below. These maternal lines can be traced back to three branches, most likely the wives of Noah’s three sons!

You can see the map Webb provided here:

Reading this made me curious. Was Webb’s claim that all mitochondrial DNA can be traced to three branches accurate? Unsurprisingly, the answer is yes and no.

Yes, there are three branches of mitochondrial DNA. They are haplogroup L, haplogroup N, and haplogroup M. The hitch in Webb’s claim that these corresponded with the wives of Noah’s sons is that N and M are both descendants of L3, a variation of L.

In theory, Web could argue in response that two of Noah sons’ wives had haplogroups that were descended from L3 during the time before the flood, and the remaining wife had an L haplogroup (either L2 or one of itsL  parent haplogroups). This would not, however, explain why we see both L3 and the other L haplogroups—from which L3 is descended—existing after the flood.

The couple Webb profiled, and their two adopted children, each had different variants of haplogroup N, because at one point they all had a common ancestor whose descendants settled in Europe and Asia. Webb views that as proof of creation. The problem with that is that creationists aren’t the only ones tracing human ancestry back to one group or part of the world.

This disconnect vis a vis mitochondrial DNA may be related to Answers in Genesis’ misunderstanding of the evolutionary timeline. Webb wrote that mitochondrial DNA proves that humans spread across the earth within the past few thousand years, and not before then—if humans had separated 100,000 years ago, she claimed, we should see more mutations in the mitochondrial DNA than we do. But is that really accurate?

As I’ve noted in several recent articles, creationists seem to believe more strongly in evolution than scientists do—after all, it is creationists who claim that neanderthals and modern humans evolved from a common ancestor who lived less than four and a half thousand years ago. It is creationists, too, who seem to believe that anthropologists think cave men, the ancestors of modern humans, lived in 3200 BC. All of this ignores the immensity of the evolutionary timeline.

Current scientific consensus holds that modern humans left Africa 60,000 to 70,000 years ago.  At that point they were already fully human. It shouldn’t be surprising that mitochondrial DNA would still bear similarity across region, given that 99.5% of each person’s DNA is identical to that of any other person. Evolution typically occurs slowly over an immense amount of time.

Before I wrap this up, I want to return to the haplogroups:

There are three main branches of Mitochondrial DNA—L, M, and N—only for the sake of convenience. Scientists could just as well count each L variant as its own branch, or count R as a separate branch. The idea that L, M, and N could correspond with the wives of Noah’s three sons is sheer fantasy—this is simply not how genetics works.

Of course, throwing in just enough to sound scientific while choosing only the information that conforms neatly with their interpretations of the Bible—and leaving out everything that conflicts—is pretty much Answers in Genesis’ MO at this point. 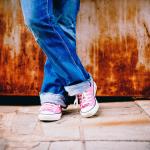 February 13, 2018
The Office of Refugee Resettlement is Pushing an Anti-Abortion Agenda on Undocumented Teens
Next Post 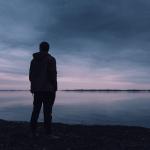