The Courtship Constraints of Homeschool Erotica

Blogger Matthew Pierce recently posted a satirical piece titled “Homeschool Erotica.” In it, he pokes fun at an evangelical Christian homeschool culture that emphasizes detailed dress standards, strict gender roles, and, above all, places love, sex, and romance, solely and only in the context of marriage, or marriage-driven courtship.

She feels his gaze, but she dares not return it.  He must initiate.  She stares at her shoes, which are loafers from Walmart and she isn’t even sorry about it because she got those suckers on clearance for like $4.88.

Below them, the public school heathens play in the water, desperately flirting and trying to impress each other with, like, hot bodies and social skills and stuff.

She waits for him to begin the conversation.  Come on, dude, just say something.  I’m not poison.

He stammers, searching for the right words.  I couldn’t help but notice your overwhelming beauty.  No, that’s creepy.  Hey girl.  No, that’s something you would say to a Kardashian.

Could this man be her Aragorn?  She runs her fingertips across her midsection as her womb rumbles at the prospect of having 9 children in 13 years.  Easy, girl, she whispers.

His mind is racing at warp speed, frantically retconning every prayer or journal entry he ever made regarding his Future Wife.  Ah yes, he deduces, to great effect.  She is exactly what I prayed for!  This appears to be the Lord’s will!

Pierce grew up in in an evangelical Christian homeschool community and experienced the culture he so often mocks on his blog. He has written about his experiences in his book, Homeschool Sex Machine: Babes, Bible Quiz, and the Clinton Years. But his tongue-in-cheek attempt at “homeschool erotica” got me thinking—or rather, remembering.

I was fourteen. He was sixteen. We were in homeschool orchestra together. One week when the second violin was out, he offered me the seat—next to him. I was sure that meant he had noticed me. Looking back, I’m pretty sure he hadn’t. He never once spoke to me, and I wasn’t one of the popular kids in orchestra (those were the Gothard kids).

Still, I could imagine that his seeming lack of interest was about propriety. It’s not like we could have dated, anyway. In the evangelical community I grew up in, homeschool kids didn’t date until they were ready for marriage—and even then, they courted. He would have had to ask my father. And my father would have said to wait.

I imagined a million ways we could end up together—married, of course. In my imagination, I always married young, in part because I didn’t think I could stand waiting until I was in my twenties to learn anything of romance and love (and, let’s be honest, sex), but also because, how else was I to have thirteen or fourteen children?

At fourteen, that was my goal—to marry a godly man, have over a dozen children, and homeschool all of them—while simultaneously sewing all of their clothing, and growing my own food, shopping with extreme frugality, and cooking everything from scratch, because that was the way to be the best, most godly wife and mother ever.

This really was where my mind was, at that age.

And let’s be real—part of the reason all of my imaginings involved us marrying young was that that was the only way to get to the romance and sex part.

In Boy Meets Girl, the sequel to I Kissed Dating Goodbye, Joshua Harris tells the story of Christy Farris and Rich Shipe, who met in church at 14 and saw their friendship turn to romance senior year. At that point, Christy’s father, Michael, took Rich aside and told him to break it off. The couple were not at a point in their lives where they could marry, he said—both wanted to attend college—and that made any relationship between them premature. At Farris’ command, the two ended their relationship and cut off contact entirely, only reconnecting years later.

The message I received was clear—love and romance had to wait until a couple was ready to marry. At fourteen, I certainly wasn’t ready to marry. I was expected to finish (homeschool) high school and attend college (because college educated men want college educated wives, and besides, I needed to be ready to homeschool my own kids). The “homeschool erotica” I created in my mind, then, had to involve circumstances that would result in marriage anyway—because that was the only context within which romance or sex were allowed.

The most common story I imagined dealt with foreign invasion. Our country, in my imagining, had been invaded and conquered, and all adults were being sent to work camps while all children were being sent to reeducation centers. At this point in the story, my crush would approach my father, declare his feelings for me, and suggest that, if we were to marry hastily, we would be sent to work camps with other adults rather than to reeducation centers.

Besides, he’d say, he’d always had a thing for me.

Acquiescing to this logic, my father would hastily perform a ceremony. We would begin our marital bliss (and physical relationship) in the midst of a brutal foreign invasion, yes, but we would have each other. And bonus, marrying young would give us plenty of time to have large numbers of children (in wartime, sure, but logic isn’t always the most important piece of the story when you’re 14 and creating a fantasy world).

Looking back, I’m reminded of the many Christian romance novels I read as a girl in which the author contrived to get a couple married at the outset of the story, and then provided the romance and sex. In one, a group of outlaws come through a town in the Old West, grab a random man and a random woman and, just for kicks, marry them. They then send the couple off to the man’s farm on his wagon, at gun point. There the romance begins.

That story was far from the only Christian romance novel I read as a teen that began with a forced, coerced, or otherwise emergency marriage. There were lots. Francine Rivers’ horrifying novel Redeeming Love begins like this. Heck, so does the ever-popular Love Comes Softly, by Jeanette Oaks. In some sense, the homeschool erotica I created in my imagination is not so different from mainstream Christian culture as one might initially think.

Such marriage-first-romance-later novels allowed evangelical writers to include sexualized encounters in a budding romance (not too explicit, of course) without worrying about forbidden lust or loss of virginity outside of marriage. The stories I made up when daydreaming about the handsome first violin in homeschool orchestra did the same. 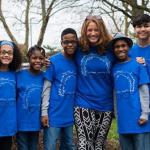 April 10, 2018
The Hart Family and the Crafting of Image
Next Post 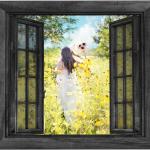