May 7, 2018 by Libby Anne
0 Comments
The Incredible Fragility of Young Earth Creationist Evangelicalism May 7, 2018 Libby Anne

In late March, ex-evangelical Nelle Smith wrote on Religion Dispatches about the shock she felt when she realized that the earth was old, and that the young earth creationism she had been taught in her family and her church was factually false. She wrote about how thoroughly that realization rocked her world. Drawing on her experience, she offered this advice to readers:

…know this when you talk to an evangelical: in attempting to persuade them to your point of view—even on a topic that seems minor to you—you’re not asking for them to change their mind, you’re asking them to punch a hole in the fabric of their reality, to begin the process of destroying their world. And, as anyone who has had the experience knows, world-destroying is not fun. It is, frankly, terrifying.

Young-earth creationism is a cruelly efficient machine for manufacturing spiritual crisis. It has created more atheists than all of Richard Dawkins’ books put together. It exchanges the truth of God for a lie — a lie that’s spectacularly indefensible because none of the people caught up in that lie lives on a young Earth. They live, instead, on this one — this ancient Earth that confronts its inhabitants with its vast and incomprehensible oldness at every turn.

As Clark describes, conservative evangelicals and fundamentalists frequently tie young earth creationism to every other evangelical belief. As a result, when that falls, everything else is shaken. And this tying together is not accidental.

I grew up on material from Answers in Genesis. I read their books and attended their conferences. One thing they teach is that if young earth creationism is not true, none of Christianity is. This teaching is part of an inter-sect struggle—an attempt on the part of young earth creationists to convince liberal, moderate, or mainline Christians that they cannot be Christian and hold some other view about origins than theirs.

The irony is that Answers in Genesis published a book titled “Already Gone” alleging that  young people were leaving the church because not enough Sunday schools were teaching young earth creationism. There was a complete tone deafness to the role they themselves play in young people leaving the church by making belief in core Christian doctrines contingent on belief in young earth creationism.

When young evangelicals like Smith—and like myself—see their science for what it is, we are left with a huge problem. We grew up being told that Christian doctrine only held together on the foundation of a literal Genesis and young earth creationism. But young earth creationism was scientifically and manifestly false. Cue spiritual crisis.

Of course, not every evangelical who walks this path becomes an atheist—some become part of the evangelical left, or become Episcopalian, or, as I briefly did, Catholic. There are Christian traditions that do not tie belief in God, in salvation, and in the Bible to young earth creationism. And those who do become atheists through the spiritual crisis induced by evolution are generally aware that these options are out there—in other words, there is often a confluence of factors and processes.

All that aside, the underlying point I want to make is this—evangelicals need to think long and hard about what they are doing when they tie Christian belief and practice to young earth creationism. When they contend against theistic evolution, they are shutting the back door. They are manufacturing a Christianity that only holds together only as long as an individual believes the pseudoscience behind young earth creationism. And if and when that individual does not, all of Christianity falls apart.

When evangelicals tie belief in young earth creationism to belief in the Bible, and in salvation, those latter beliefs are only as strong as the former. 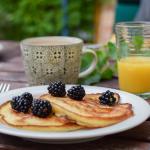 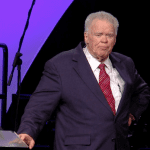 May 8, 2018 What's Going on with the Southern Baptists?
Recent Comments
0 | Leave a Comment
Browse Our Archives
Follow Us!