Does Heaven Have Open Borders?

This meme is so bad my husband initially thought it was a parody when I showed it to him: 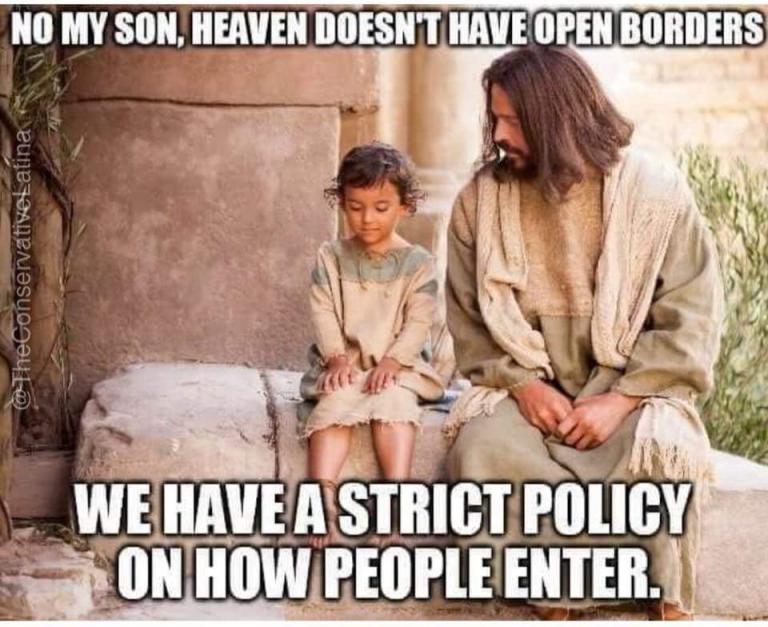 The image shows Jesus sitting by a young boy. “No my son, heaven doesn’t have open borders,” the text reads. “We have a strict policy on how people enter.”

First of all, according to evangelicals and not just mainline Christians, heaven’s borders are open—to all who want it. All you have to do to get in is pray a prayer. You say you want in? You say you want in. You get in! That’s it! Certainly, the prayer needs to have a certain form—you have to state that you are a sinner and that you want Jesus to be your savior. But that’s it.

Bringing U.S. border policy in line with heaven’s “border” policy would require opening our national borders to any individual who made a specific profession—say, that they wanted to work hard and build a better life for themselves and their families. It would rule out any form of background checks—after all, all a murderer has to do enter heaven is say the sinner’s prayer.

I can’t emphasize this enough—all that is required to get into heaven is a desire to enter and a simple profession. Certainly, you have to have pure motives—you have to be genuine when you pray the sinner’s prayer. But that’s equivalent to ensuring that those who enter the U.S. to have a genuine desire to settle down, work, and form communities or families.

Second, if we’re going to draw a parallel between the U.S. and heaven, those making the parallel should be pro-immigration. After all, Christians’ goal is to bring every person in the world into the kingdom of heaven—God is “not willing that any should perish, but that all should come to repentance.” Proselytizing—looking for people to bring in—is part of the Christian way of life.

But then, perhaps those making the meme want to reserve heaven for the few as well. They may talk a good talk about missions and evangelization, but perhaps they’re actually just happy they made it. Maybe they’re content to point and laugh at everyone else, everyone headed to hell.

Third and finally, I grew up hearing that God “doesn’t have grandchildren.” What this meant, of course, was that no one would be saved just because their parents were. How does this fit in the analogy drawn by this meme? Where do those born within the U.S. fit in a comparison between the United States’ borders and heaven’s borders? I thought God didn’t have grandchildren.

The creators of this meme, by the way, are far from the only conservatives to compare the U.S. to heaven and then reference heaven’s “border policy.” See this tweet, for example:

Comparing your country to heaven—and then actively denying others’ access to it—is some bizarre form of hubris and cruelty. It’s not that people don’t want to follow the rules. It’s that the rules are broken. Heaven does not have decades-long admissions backlogs. 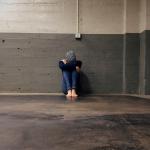 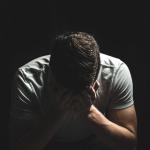