Doug Wilson, an influential Idaho pastor, holds the ear of some of the most prominent evangelical leaders in the country. He is also a sexist, homophobic blowhard who has asked judges to offer leniency to child abusers in his congregation and published a pamphlet praising slavery in the antebellum South, declaring that: “There has never been a multi-racial society which has existed with such mutual intimacy and harmony in the history of the world.”

I bring him up because, in the context of a much longer post aimed at helping a man combat his wife’s feminist leanings, Wilson recently penned the following justification of slut shaming:

Perhaps the most bizarre thing about this statement is that Wilson follows it with claims that he is not saying that both acts aren’t sin:

We should not praise either one, he says—but he has already done just that by comparing a man who has sex with a hundred women to “a master key” while comparing a woman who has sex with a hundred men to a lock that is “pretty much worthless.” Besides, his entire analogy is created to justify the selective slut shaming of women. He does view the man in this scenario as one with room to boast (albeit of sin) and the woman as one who should rightly be shamed (because she has opened her legs to so man, and not because she has sinned).

I grew up in a family in Wilson’s sphere of influence. These paragraphs are the dirty, disgusting underbelly of the fine, shiny ideals I was presented.

As a girl, I was taught that women were delicate vessels deserving of protection by fathers, brothers, and husbands. In the comparison Wilson makes above, that ideal is thrown to the wind—a man who has sex with a hundred women treated as brag-worthy—though a sinner, of course—rather than as a harmer of women. And rather than lamenting that the woman who had sex with a hundred men was failed by her father or brothers—who ought to have protected her—and violated by men who ought to have treated her with respect, Wilson calls this woman a “tramp.”

There is no consistency in what Wilson teaches. A woman is a delicate vessel deserving of protection—until she isn’t. And then she’s a tramp, while a man who goes out and violates (by Wilson’s way of thinking) a hundred women is described as a “master key” with who can well and deservedly get away with “bragging” about his “conquests.” Where is the shame for him? Where is his obligation not to violate the sexual purity of women he has not married?

But then, this is classic Wilson—he pretends to be all “hip” and “cool” and “edgy” and goes all “he-man” and says horrible disgusting things, things that are not consistent at all, all the while claiming to be a valiant protector and champion of women, and not actually a vile misogynist. Meanwhile, church leaders and evangelical stalwarts praise him and pat him on the back and invite him to their conferences and cite him as a valiant hero of the Reformation.

The whole thing is rotted out from its core.

I do want to draw attention to one last, short section in Wilson’s post before I close.

First of all, let’s be perfectly clear that in Wilson’s world, women whose husbands cheat on them are treated as suspect of not putting out, or otherwise not meeting their husbands’ needs. What did you do wrong? Why didn’t you work harder to keep him? Women are not simply offered sympathy and commiseration. (This isn’t limited to Wilson’s world, either—the idea that a wife whose husband cheated must have done something to lose him is fairly widespread.)

And let’s pause to note that all of this was stated in the context of advising a man on standing strong in opposition to a wife with feminist leanings. Pointing out that some double standards act against men isn’t going to help this man’s cause when those are the same double standards feminism wants dissolved. This man’s feminist wife is going to respond with enthusiasm: “Exactly, that’s what I’m saying! That needs to change!” And then what is he going to say?

Wilson is not only not a wit, he’s not particularly well informed about the subjects he pretends he’s an expert on. But he’s edgy and hip and ends up drawing the same sort of following as certain forums of reddit, or MRAs or PUAs, or “incel” forums, just with an added Christian gloss. Is this where I add something about lipstick on a pig?

It’s long past time mainstream evangelicals dropped Wilson and did everything in their power to marginalize him and his influence. 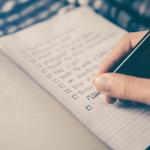 July 24, 2018
Checklist: An Evangelical Approach to the Marriage Market
Next Post 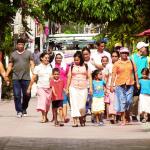 July 26, 2018 Why Do So Many White Evangelicals Object to the Browning of America?
Recent Comments
0 | Leave a Comment
Browse Our Archives
Related posts from Love, Joy, Feminism