Your Tattoo Makes You Bait; on Evangelicals Fishing for Christ

I recently came upon a Christianity Today article by John Teter titled Want to Share the Gospel? Always Ask about the Tattoo. The title piqued my interest. Christianity Today has been running a number of articles lamenting a purported decline in evangelicals’ willingness to share the gospel, so the subject matter was in that sense unsurprising.

The rest, though? Well.

I asked Mike about his tattoo partly out of curiosity but primarily from an instinct of self-preservation. He was helping his cousin jumpstart a car in the middle of our street in Long Beach, California, where I was involved in planting a church. As he worked, I observed a tattoo of a large knife that covered his entire forearm. I don’t remember how I formed the question, but my relief was palpable when he uttered the words, “It’s a chef’s knife. I’m the Urban Chef!”

What ought to perhaps be a discussion about biases or assumptions never gets there. Instead, it goes here:

A simple question about a tattoo opened the door to a conversation about training urban youth, which led to a Bible study, which led, eventually, to Chef Mike choosing to follow Jesus, the one who prepared a meal for a crowd with five loaves and two fish.

I actually don’t have a problem with this story as told. Teter happened upon a man helping change a tire on his street, and asked about his unique tattoo. Maybe he also brought him some lemonade while he worked, or otherwise contributed to the tire changing. They talked about similar interests—training urban youth—and Teter invited him to a Bible study that, presumably, touched somewhat on that or related subject matter. The two clicked. That’s community at its best.

What feels off to me is this:

I recalled this story while reading an example from Good News for Change: How to Talk to Anyone about Jesus, by Matt Mikalatos. At the end of chapter 11, Mikalatos writes, “Every time you see a tattoo this week, ask the person, ‘Why is that significant to you?’ It’s one of the greatest entrances to deep conversation that I know.” In two short sentences, Mikalatos offers a key insight that I had intuited but never fully articulated: If we want to reach people with the gospel, we need to figure out what matters to them most.

It’s absolutely true that tattoos tend to have some significance, and that asking about someone’s tattoo can be a great conversation starter. I’ve done it myself! What’s bothering me is that the goal is not merely to learn something about the journeys of other humans, or to meet new people who inhabit the world around you, or to be friendly and build community, or to pass on positive feelings by praising someone else’s ink. That friendliness is all a hook.

I am trying to imagine someone doing this to me—coming up and admiring a tattoo and asking about it, and then using that to segue into: have you heard about Jesus? are you looking for a church? do you want to come to my Bible study? It would feel like a betrayal at worst, and an annoying letdown at best. Like—is that all I was? A target?

In contrast, someone genuinely, truly interested in my ink, asking me about it and admiring it and swapping a story to me, not for any goal or reason, but because I’m human and they’re human? That is uplifting. It’s encouraging. It feels like a cosmic hug. Something that makes you smile in the middle of a long day. Passing on positive feelings.

Of course, evangelical Christians would say that the entire reason that conversation takes place is because they do care, because they don’t want to see their fellow humans tortured in hell for all eternity. It still ends up feeling shallow. Their interest isn’t actually in getting to know me, after all. Their interest is in changing me, in making me into what they are.

That is something very different from simple interested human friendliness. 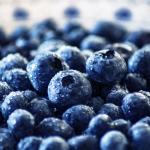 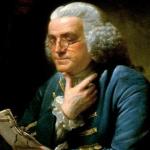