Most of us are familiar with Abigail Adams’ letter to her husband, John, in which she urged him to “remember the ladies” when forming a government for the new United States. Most are less familiar however, I suspect, with John’s response to that letter.

It was bad. And somehow sadly familiar.

I long to hear that you have declared an independancy [independence was declared the following July] and by the way in the new Code of Laws which I suppose it will be necessary for you to make I desire you would Remember the Ladies, and be more generous and favourable to them than your ancestors. Do not put such unlimited power into the hands of the Husbands. Remember all Men would be tyrants if they could. If perticuliar care and attention is not paid to the Laidies we are determined to foment a Rebelion, and will not hold ourselves bound by any Laws in which we have no voice, or Representation.

That your Sex are Naturally Tyrannical is a Truth so thoroughly established as to admit of no dispute, but such of you as wish to be happy willingly give up the harsh title of Master for the more tender and endearing one of Friend. Why then, not put it out of the power of the vicious and the Lawless to use us with cruelty and indignity with impunity. Men of Sense in all Ages abhor those customs which treat us only as the vassals of your Sex. Regard us then as Beings placed by providence under your protection and in immitation of the Supreem Being make use of that power only for our happiness.

It’s no wonder this letter is as well read as it is. Abigail’s words are are hard-hitting and direct, and they were penned in 1776, well over half a century before the Seneca Falls Women’s Rights Convention. Abigail was one woke lady!

As to your extraordinary Code of Laws, I cannot but laugh. We have been told that our Struggle has loosened the bands of Government every where. That Children and Apprentices were disobedient — that schools and Colledges were grown turbulent — that Indians slighted their Guardians and Negroes grew insolent to their Masters. But your Letter was the first Intimation that another Tribe more numerous and powerfull than all the rest were grown discontented. — This is rather too coarse a Compliment but you are so saucy, I wont blot it out.

Depend upon it, We know better than to repeal our Masculine systems. Altho they are in full Force, you know they are little more than Theory. We dare not exert our Power in its full Latitude. We are obliged to go fair, and softly, and in Practice you know We are the subjects. We have only the Name of Masters, and rather than give up this, which would compleatly subject Us to the Despotism of the Peticoat, I hope General Washington, and all our brave Heroes would fight. I am sure every good Politician would plot, as long as he would against Despotism, Empire, Monarchy, Aristocracy, Oligarchy, or Ochlocracy. — A fine Story indeed. I begin to think the Ministry as deep as they are wicked. After stirring up Tories, Landjobbers, Trimmers, Bigots, Canadians, Indians, Negroes, Hanoverians, Hessians, Russians, Irish Roman Catholicks, Scotch Renegadoes, at last they have stimulated the to demand new Priviledges and threaten to rebell.

Perhaps the most harshly familiar phrase in his entire letter is this line: “in Practice you know We are the subjects.” That could have been written today, by an MRA or just your random sexist man. “If you’d listen, you’d see that you’re really the ones in control,” they say. “Us poor men are basically your slaves, bringing home the bacon and doing your bidding.”

“in Practice you know We are the subjects”

John Adams wrote that. Founding father John Adams. Second president of the U.S. John Adams. Let that sit with you for a moment. That’s how old that claim is.

And yes—you read that right—John Adams, our second president, said that if men gave up their (alleged) facade of power over women, this would “completely subject Us to the Despotism of the Peticoat.” And he went further. He hoped, he said jokingly, that if this happened—if women ever threw off men’s authority—George Washington himself would rise up against this “Despotism” and lead an armed battle against those of the female sex.

For the crime of demanding their rights.

Adams went still further. He compared the “Despotism” he said would surely arise from a movement for women’s rights to the “Despotism, Empire, Monarch, Aristocracy, Olicarchy, or Ochlocracy” that he said every good politician plots against.

Did Adams honestly not see that it was the laws that deprived women of any legal autonomy and subsumed their identity into that of their husband that were the despotism? They could not vote. Did he not realize that his battle against monarchy and aristocracy were drenched in hypocrisy if he did not so much as recognize what Abigail was talking about, with regards to women’s rights (or the lack thereof)? Did no taxation without representation not apply to women?

Of course, his blindspot here was not limited to women.

We have been told that our Struggle has loosened the bands of Government every where. That Children and Apprentices were disobedient — that schools and Colledges were grown turbulent — that Indians slighted their Guardians and Negroes grew insolent to their Masters. But your Letter was the first Intimation that another Tribe more numerous and powerfull than all the rest were grown discontented.

What did Adams think of those “Indians” and “Negroes? Of those children and apprentices? Did he brush them off like he did his wife’s claim to the freedoms his revolutionary rhetoric promised? Or did he consider them more thoroughly?

Historians have identified the processes Adams points to, by the way—the trickling down of revolutionary rhetoric of freedom and equality from the aristocracy and wealthy to the common man, and beyond, and the conflict that ensued as an increasing number of groups pressed their rights over the following decades and, ultimately, centuries. In fact, tension between the monied elite and the common man was present during the revolution itself, among those waging it.

John and Abigail Adams’ letters feel incredibly real. They don’t feel outdated. They feel almost contemporary. It’s not hard to identify with the exchange, to imagine being Abigail and reading John’s letter. How did Abigail hold it together, exactly? She was clearly pretty woke. How did she deal? It wasn’t like she could just unfriend him, the way we might today. 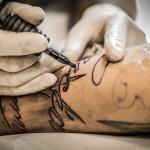 August 6, 2018
Your Tattoo Makes You Bait; on Evangelicals Fishing for Christ
Next Post 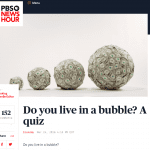 August 8, 2018 Remember that "Do You Live in a Bubble" Quiz you took on Facebook? It was Written by a White Supremacist.
Recent Comments
0 | Leave a Comment
"On Wednesday I get my first dose of the covid vaccine!"
Sassafras Lesbian Duplex 305: An Open Thread
""this entire book is just people watching incredibly dangerous things play out, experiencing extreme physiological ..."
Iain Lovejoy The Vision: The Phone Call
"Yeah, probably. There were a lot fewer of them in my part of LA County ..."
Gillianren The Vision: The Phone Call
"I'm pretty sure that the first time I voted I just chose a presidential candidate ..."
NutterButter Homeschooled Congressman Urged Conservatives to “Lightly ..."
Browse Our Archives
get the latest from
Love, Joy, Feminism
Sign up for our newsletter
POPULAR AT PATHEOS Nonreligious
1