Trump Has Given Evangelicals Everything They Want

Trump Has Given Evangelicals Everything They Want October 24, 2018 Libby Anne

I remember when Caitlin Jenner praised Donald Trump during his campaign for president. In April 2016, the state of North Carolina passed a bill banning transgender individuals from using public restrooms that matched their gender identity. Trump said in response that transgender individuals should be able to use whatever bathroom they wanted. Jenner, already a longtime Republican, declared him a champion of LGBT rights.

In July 2017, Trump announced that he was banning transgender individuals form the military forthwith. While the generals reacted in surprise, Trump went on to make this official policy. It was then stayed by a judge, who ruled that transgender individuals are a protected class. Lawsuits over this policy are ongoing, and the matter is not yet resolved.

In February 2018, the Trump administration confirmed that it was no longer enforcing an Obama era policy requiring public schools to give transgender children access to bathrooms that matched their gender identity. By leaving this order unenforced, the administration allows public schools to write their own policies—including policies denying transgender children access.

This past weekend, in October 2018, it came to light that the Trump administration is quietly rewriting Health and Human Services policy to strip transgender individuals of human rights protection under Title IX. Title IX bans discrimination on the basis of sex; the Trump administration intends to argue that “sex” does not apply to transgender individuals.

Where did Caitlin Jenner go wrong? Primarily, she went wrong in assuming that Trump actually cared about transgender individuals’ rights. He does not. By the time Jenner praised him in the summer of 2016, he had already come out against Obergefell, the Supreme Court decision legalizing gay marriage, and had promised to see it overturned.

Trump seems to believe whatever the person who was last in the room told him—and he has proved amply willing to let that person be a social conservative. His April 2016 comments about transgender bathroom use may have been a brief moment when someone slightly less socially conservative managed to edge their way into the room.

Perhaps Jenner thought that Trump would ultimately be handled by Republicans who thought more like she did rather than by social conservatives. If that is the case, her hope was false.

Evangelical support for Trump has baffled many. Trump was at one time registered as a Democrat. Evangelicals have plenty of wealthy businessmen in their fold, but these individuals tend to have a devout history of evangelical religious belief and practice—people like the Greens, the owners of Hobby Lobby. Trump had no such history. He was a serial adulterer who never even tried to justify any of his philandering. On the contrary, he didn’t even seem to think it was wrong.

I have come to wonder whether leading evangelicals simply realized early on how easy Trump was to handle. Praise him, talk about how great he is, then suggest enacting a policy, and there you go. Stroke his ego, find some crowds to shout his name, and he’ll pump his fist, declare you a first-rate person, and sign off on your proposal.

Evangelicals found Trump a blank whiteboard they could write their policies on. There was a catch, of course: evangelicals would not be the only ones writing. Their policies would be scribbled alongside those of xenophobic white nationalists. Some evangelicals had no problem with this, sharing a common cause; others squirmed, but picked up a marker nonetheless.

Jenner’s error was in assuming that Trump had core beliefs. By the time he made his comments on transgender bathroom access, they were already an aberration. It was clear that whatever Trump’s actual beliefs about LGBT people and rights—if he had any—he was all too willing to make himself a mouthpiece for evangelicals, or any other group willing to stroke his ego.

And evangelicals were only too willing to sign that deal.

I would like to think that signing on with a white nationalist will eventually come back to bite evangelicals, but I’m too realistic to be overly optimistic about that, especially in an era when countries around the world are turning inward and following similar patterns. I can only hope that in fifty years, people will look back on the present the way we look back on McCarthyism.

In the meantime, people are being hurt. 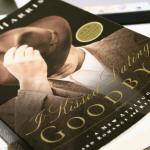 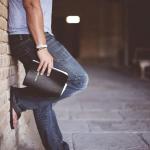