The Voluntary Damsel in Distress

When a friend shared a World Magazine article titled Thank God for Men, I was not at all surprised to find that it was written by Andree Sen Peterson. Peterson has a history of writing offensive and bigoted things. This article was no exception.

This year I particularly want to focus on one kind of thanksgiving—being thankful for men. I choose this because it is open season on men as much as on turkeys, which I feel sorry about.

Those who make this claim rarely explain what they mean by it. 80% of those in Congress are men. There has never been a woman president. 475 of Fortune 500 company CEOs are men. How exactly is this “open season” on men?

With this introduction, Peterson begins her list of reasons she is thankful for men:

First of all, men are stronger than women. I know that’s a sexist, microaggressive, triggering, fascist, nonprogressive thing to say.

And there it is—Peterson is arguing with a strawman. The technical statement then men on aggregate have more muscle mass than women on aggregate is not sexist, microagressive, triggering, fascist, or nonprogressive, and no one claims it is.

But in my experience, most men can lift more weight than most women, which is convenient when buying a sofa that needs to be brought upstairs.

Secondly, men don’t complain about lifting those heavy things for women. They rather seem to enjoy it.

This is quite the sweeping statement. No man has ever complained about lifting heavy things for women? I highly doubt that. What about the well-worn trope about women “nagging” their husbands to get them to do handyman tasks? If men were so very happy to do things for women, no nagging would be required.

Also, some women actually enjoy lifting their own furniture. Personally, I get a sense of satisfaction when I do things myself. And as I’d rather not break either myself or my husband, if there’s heavy furniture that needs moving we do it together.

Men die by the millions in wars defending women, and don’t complain about that either. One sees no street demonstrations of males donning missile-shaped knit caps protesting the lack of women in combat. In fact, one sees men marching in women’s marches, even when those women are marching against men. One cannot imagine it the other way around.

Men absolutely do complain about dying in wars. There have always been draft dodgers, and the last century has seen its fair share of anti-war movements. And yes, there are street demonstrations. Peterson would likely argue that this is irrelevant, because these protests weren’t about men having to fight while women stay home—but that misses the point. Men do complain about being sent out to fight.

Women, by the way, have participated in anti-war movement despite the fact that they are not the ones whose lives are threatened. In other words, Peterson’s claim that “one cannot imagine” women participating in a march in support of bettering men’s welfare, well, think again. They have and they do.

Finally, the women’s march was not against men. In suggesting that it is, Peterson is being a rank provocateur.

Which leads to another cause for gratitude: Men do most of the inventing of neat stuff that exists in the world, whether for international defense or for comfort.

Female inventors are frequently erased and ignored, but they do exist. Men, though, have traditionally been given the space and resources needed to do inventing while women have not. Having the money and time to experiment, patent, and produce inventions tends to help. It’s almost like when a group is given a leg up, it matters.

A good exercise for women would be to look around their neighborhoods and imagine that female were the only gender God created. We would all be living in caves because there would be no houses, certainly no roofers.

There’s no way Peterson can possibly think this.

The techy gadgets women use to broadcast hate for men were mostly made by men. All of which means that women have to sit on men’s laps to spit in their faces.

Made by men? Or invented by men? Has Peterson canvassed the Chinese factories where iPhones are made? I’m fairly certain that if she did, she would find a whole lot of women workers.

As for the inventing side of things, well, let’s just say that there are a whole lot of women in the history of computing. In fact, only a few years ago, most computer programers were women. Software engineering was considered “women’s work.” That Peterson does not know this is the result of a manwashing of tech.

The greeting cards at pharmacies have jokes at the expense of men, and never vice versa. They make the wife look smart and the husband look stupid. Yet the big card companies are owned by men (I checked), which either shows that men are gracious and able to poke fun at themselves, or that they have succumbed to the Stockholm syndrome.

Or maybe men who own card companies want to make money and know that women—because emotional labor and the upkeep of relationships is frequently outsourced to them—purchase the vast majority of greeting cards. Also, I haven’t perused the greeting card aisle recently, but I’m skeptical of Peterson’s claims. If I remember correctly, there is usually a lot of variation in greeting card content. And yes—some of it is sexist against women.

I wish I could say Peterson was writing satire, but based on her other words, I don’t think she is.

Men are more courageous than women. When it sounds like someone is breaking into our house in the middle of the night, it’s my husband who goes downstairs with the baseball bat, not me. Men brave Arctic cold on deep sea rigs to pump oil out of the ground to warm our homes. They disappear into ink-black caves for months at a time, never seeing the sun all winter, to coax coal from stubborn veins embedded deep in the earth. “Man goes out to his work and to his labor until the evening” (Psalm 104:23).

I truly hope there aren’t men spending months in caves, never coming out. But just so we’re clear, there are female coal miners and female oil rig workers. As for courage—how does Peterson claim to measure that? So she sends out her husband to check for intruders. Not every woman reacts the way she does.

Men say cooler things to each other in private than women do. I like this exchange between Ben-hadad king of Syria and Ahab king of Israel when they were breathing threats at each other: “Let not him who straps on his armor boast himself as he who takes it off” (1 Kings 20:11).

Men cut to the chase. (Except William Faulkner, who was wordy.)

Twelve out of 12 of the apostles were men, so Jesus must have seen something good in them.

Men are simple creatures for all that. I find, as a wife, that all you have to do is love them and they are content.

Peterson finishes with this:

I changed a flat tire once. It was back in the day when cars had metal bumpers and the jacks for lifting them weren’t flimsy and went in the front. Nowadays I phone my husband and he does the job. I do not understand the woman who said, “Women need a man like a fish needs a bicycle.” She mustn’t own a car.

If Peterson wants to live her life like this—playing the “helpless female” and getting her husband to do the household handyman projects and confront any imaginary burglars—that’s her business. But she needs to realize that she isn’t all women. 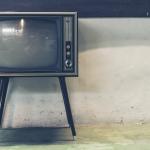 November 14, 2018
Evangelicals, and Why Kellyanne Conway Blamed Late-Night Comedians for the Pittsburgh Synagogue Shooting
Next Post 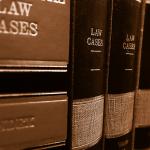 November 16, 2018 Forbid Them Not: Lies, Lies, and More Lies
Recent Comments
0 | Leave a Comment
Browse Our Archives
get the latest from
Love, Joy, Feminism
Sign up for our newsletter
POPULAR AT PATHEOS Nonreligious
1