I Yelled First: Some Thoughts on Parenting

I Yelled First: Some Thoughts on Parenting January 15, 2019 Libby Anne

Several days ago, my tween daughter yelled at me. I wanted her to do something—now—and she wanted to do it later, and the argument escalated from there—I don’t even remember what it was. I do remember how I felt when she yelled at me. I give my kids a lot of leeway, but I do require them to treat people—parents included—with respect. I fumed. I would wait until she calmed down, I determined, and then give her a stern talking to. Yelling at someone like that is unacceptable.

This feels bigger than me. When kids yell at their parents, they’re treated as a big, serious problem. You can’t let your kid yell at you. They’re out of control! They’re being selfish brats! They’re going to grow up to be serial killers! But we parents? Even when we try not to, we do it all the time—and we frequently don’t think twice about it. There’s something that feels fundamentally broken about how we approach parenting. Why do we expect our children to be more mature than we are?

So I let it slide. I didn’t call her in for a lecture later. We’d both messed up. Would she have even yelled to begin with if I hadn’t set the tone by yelling first? Probably not. I resolved to do better.

The moment stuck out, in part because it runs contrary to how I strive to parent. I set out, early on, to avoid corporal punishment, but somewhere along the line this grew into something bigger. I rarely punish my children—at all. Not even a time-out, or a removal of privileges. I rarely need to.

Ninety-five percent of the time, I can resolve conflicts and disagreements by my children by getting down at their level, telling them what I need and why, and then listening to them. When I listen to them—and clearly and openly incorporate their needs into my decision-making—they listen to me and do the same in return. They contribute to the problem solving. We find a way to meet everyone’s needs.

If I find that I have resorted to threats—“put your coat on now or  you’re going to be banned from computer for the rest of the day”—or bribes—“if you put your coat on and do a good job on this errand, I’ll get you a treat”—I know I’ve failed. Rewards and punishments are not ideal. They’re external controls. I only turn to them on the rare occasion that simply talking it through has failed.

Here’s something else that surprised me: When my younger elementary school son is misbehaving—say, intentionally getting on his sister’s nerves—the best way to respond is to grab him, hop on the couch, and snuggle with him while reading a book. This seems counterintuitive, but it’s true. Having some one-on-one mommy time seems to help with whatever was off-kilter, and when I sequester him on the couch and monopolize his concentration, his older sister gets the space she needs.

I’ve never been big on time-outs. For one thing, I’ve usually found that punishment isn’t necessary to fix misbehavior. A frank conversation—one that involves listening as well as talking—usually does the trick. But in those moments when I’ve been tempted to banish a child to their room—“time out”—I’ve found that pulling them aside for one-on-one time—“time in”—actually works better. Sit by me and assist as I wash the dishes. Take a walk around the block with me. Sit with me and read.

Several readers have noted that I haven’t been writing about my kids as much over the past few years. I used to write about them—and my adventures in parenting—a lot. One reason I haven’t done this as much is that as they’ve grown older I’ve become more conscious of their privacy. They’re not props in some sort of game I’m playing. They’re their own separate people, and I want to respect that.

Still, I may try to write about parenting a bit more in the future, in general ways. So much about the way we as Americans approach parenting is very badly broken. Sometimes I feel like everything I was taught about parenting was a lie—and not just because I was raised in a fundamentalist home. This is bigger than that. The idea that obedience is a virtue to be taught children permeates mainstream society as well. Spanking has been replaced not with listening but with time-outs and threats.

This sort of radical parenting also requires me to work to make myself better. Yelling at my kids isn’t some slip I can just wave away, because everybody does it sometime. (Trust me, I’ve seen so many parents brush it away like that.) Instead, it’s something I need to take seriously, something I need to consciously work not to do. And sometimes, that means apologizing to my children. 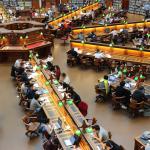 January 14, 2019
Why We Need the Humanities in the Sciences
Next Post 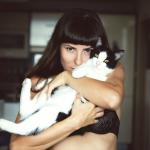 January 16, 2019 Lori Alexander, and Growing Old with Cats
Recent Comments
0 | Leave a Comment
Browse Our Archives
get the latest from
Nonreligious
Sign up for our newsletter
POPULAR AT PATHEOS Nonreligious
1