Why We Need the Humanities in the Sciences

Why We Need the Humanities in the Sciences January 14, 2019 Libby Anne

We live in a world that seems more and more in awe of the hard sciences. We encourage our children to pursue careers in STEM. We put tech giants on pedestals and give them large amounts of power over our society. We see technology as the key to future success. We’ll science our way out of climate change.

The fault lines have been evident for some time—think of the problems over censorship, hate groups, and toxic social formations that have plagued Facebook—and they’re not going away. The truth is that, much like in the pre-WWI period, we’ve let technology get an edge over the humanities.

See this recent story on CNN for example:

A Nobel Prize-winning American scientist who co-discovered DNA has been stripped of his honorary titles at the laboratory he once led after repeating racist comments in a documentary.

Just what were his comments?

James Watson, who discovered the double-helix structure of DNA alongside Francis Crick in the 1950s based on the work of British chemist Rosalind Franklin, said in a PBS film that genes cause a difference in intelligence between white and black people in IQ tests.

As the CNN piece makes clear, Watson has at times gone into detail on this point, even stating that anyone who has ever had a black employee knows that they have lower IQs.

Watson, of course, is not the first to promote this idea. In 1994, Charles A. Murray and Richard Hernstein published The Bell Curve, in which they argued that black people have lower IQs than white people.  The problem with such assertions is not only that they lead to bad outcomes—emboldening bias against people of color—but also that they’re based on faulty assumptions. For one thing, they assume that all else is equal—level of nutrition, amount of stress in one’s life, etc. They also assume that there are no inherent biases in the way IQ is measured. These assumptions are not warranted.

Doing science involves asking questions. If you don’t know how to formulate the good questions, you’re going to end up flubbing it all up. Knowing the questions to ask is half of the process.

Watson has made other racist comments as well, also invoking science:

During a lecture tour in 2000, he suggested there might be links between a person’s weight and their level of ambition and between skin color and sexual prowess.

“That’s why you have Latin lovers,” he said, according to The Associated Press, which cited people who attended the lecture. “You’ve never heard of an English lover. Only an English patient.”

Science does not take place in a vacuum. Scientists like Watson import racist stereotypes. A crash-course on the history of the “Latin lover” trope might have helped diffuse the stereotypes underlying the assumptions Watson makes. But that would mean taking a course in—gasp—the humanities.

When science is applied to people and social structures, the potential fallout for going badly wrong becomes elevated. And it’s not like we haven’t seen this happen before. We have. From eugenics in the U.S. in the early part of the nineteenth century to Nazi claims of scientific race superiority, when science muddles in people things can go very wrong, very quickly.

It’s time to stop dismissing the importance of the humanities. Sending a generation into STEM careers without requiring (or at least heavily promoting) classes or outside minors in the humanities is a recipe for disaster. The humanities aren’t a waste of time. They’re absolutely critical. 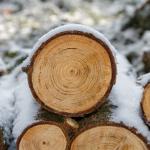 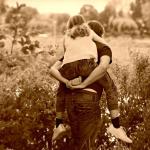 January 15, 2019 I Yelled First: Some Thoughts on Parenting
Recent Comments
0 | Leave a Comment
Browse Our Archives
get the latest from
Nonreligious
Sign up for our newsletter
POPULAR AT PATHEOS Nonreligious
1