Evangelicals Said Having Sex Before Marriage Will Ruin My Life. It Didn’t.

When I reviewed Josh Harris’ recent documentary last month, I had two primary criticisms: First, Harris didn’t interview any sex or relationship experts outside of the evangelical bubble; Second, Harris never questioned the idea that sex before marriage is a sin—and a dangerous, harmful one at that. The more I thought about it, the more I realized that these two criticism are intertwined. Speaking with secular relationship experts, after all, would have forced Harris to evaluate—or at least defend—the assumptions underlying his conviction that having sex before marriage is harmful.

And it’s not just me! I have many, many friends who also had sex before they got married, and friends who have sex and aren’t married. Do you know what I’ve never heard any of them say? That they regret having sex. That having sex outside of marriage made them unhappy or miserable. That it ruined relationships. That having engaged in sexual activity before marriage has gotten in the way of their ability to form strong bonds with partners. Nope. I’ve heard none of that.

I was told that all of that would happen.

The purity movement was never limited to evangelicalism. During the 1990s, abstinence only “sex education” providers were handing out silver “True Love Waits” rings in public high schools. This stuff was everywhere, and it was all built on lies.

I understand that there are people whose religious beliefs hold that sex before marriage is taboo. You do you! What I object to is the lies that were used to sell a religious belief to a wider public—and to scare evangelical youth out of even thinking about trying anything. The emperor had no clothes. It was all lies, lies, and more lies.

Oh, and there’s another thing—remaining abstinent before marriage was sold as a way to make your marital sex out of this world. I find it baffling that anyone who has actually had sex could think this. Good sex takes time, and practice. My sex life has gotten better over time. It’s a whole lot better now, a decade in, than it was during our first year of marriage, or even our third year. Anyone who thinks waiting until marriage is going to magically make sex awesome has been lied to.

I can think of only one example out of everyone I know where having sex before marriage hurt a relationship—and in that case, the problem was that both parties believed that they should not have sex before marriage, based on their religious beliefs. When they did have sex before they married—while they were engaged—they broke a trust they had in each other. The knowledge that they both violated one of their core convictions never really went away.

I draw the line, however, at manipulating a child (or anyone else) into hold a conviction by feeding them a barrel of lies. That is despicable, and yet it is exactly what evangelicals involved in the purity movement have done for decades.

We need to be teaching young people healthy relationship skills, but evangelical purity culture remains far more focused on teaching young people not to have sex. It’s treated almost as a formula: don’t have sex before marriage, and your relationship will be perfect. That’s all you have to do. It’s never complicated or messy. It’s simple, and easy.

And dangerous as heck, because it leads young people into traps. I know a young woman who didn’t have sex before marriage. She got married quickly, with her parents’ blessing, and soon found that she was married to an abuser. A focus on abstinence can push people to jump into marriage before they actually know a person, because all they can think about is how much they really want to have sex with them. And that can go very, very badly.

If Josh Harris had interviewed any secular relationship experts, he would have found that they focus not on whether a couple has sex, but on other things—on relationship skills, on patterns and communication—the things that actually make or break a marriage. If Harris had tried to bring the conversation to the damage caused by “sexual sin”—which he discussed with the evangelical relationship “experts” he interviewed—they would have looked him like he had two heads.

The truth is this: Abstinence promoters lie to children. They peddle in fear, and scare tactics. Harris took their teachings and ran with them, extending these fear tactics to “emotional purity”—for Harris, remaining sexually pure wasn’t enough. You also had to remain emotionally pure, which meant that even a chaste former relationship left a person unable to have a truly fulfilling and happy marriage. Two decades after publishing his book—I Kissed Dating Goodbye—Harris has admitted that his focus “emotional purity” was in error. Sexual purity, though? That he won’t touch.

The same scare tactics were used to sell both sexual purity and emotional purity. The same patterns, the same fear.

Harris may think he can divorce the latter from the former, and toss one out while keeping the other, but it’s not that easy. Harris is not actually giving up the fear mongering, the lying to young people, the scare tactics. He’s just drawing back and re-entrenching himself in the purity movement’s initial—and still badly damaging—position. This is why Harris’s failure to address sexual purity—and the lies peddled by the purity movement—is such a central a problem for his documentary. 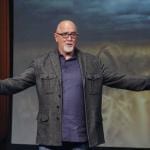 February 20, 2019
The Harvest Bible Chapel Scandal in a Nutshell (And Why You Should Care)
Next Post 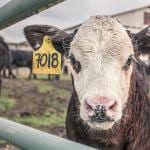