I kept seeing little hints of questionable goings-on at Harvest Bible Church, a large megachurch in suburban Chicago, but didn’t really pay attention until last week, when the issue blew up in the most bizarre way. The moment I read about someone saying something about planting child pornography on the Christianity Today computers, I knew I had to figure out what the heck was going on. So here I am, piecing together a years-long scandal for you.

James MacDonald founded Harvest Bible Chapel in 1988. It quickly became one of the 50 largest churches in the country, with over 12,000 members and eight campuses in the Chicago area. Harvest launched a radio show; founded a Christian school with over 700 students; built its own retreat center; produced feature-length films; wrote its own worship songs; and created its own church-planting ministry, Harvest Bible Fellowship, with 170 member churches. As happens in evangelicalism, Harvest effectively became its own denomination, with MacDonald at its head.

Criticism of MacDonald begun to surface on The Elephant’s Debt, a blog founded in 2012, run by Ryan Mahoney and Scott Bryant, former members era of Harvest Bible Church. Mahoney and Bryant shared concerns about Harvest’s financial dealings, and provided a platform for other former Harvest members, who accused MacDonald of a controlling and abusive leadership style and pointed to an overall lack of accountability for MacDonald at Harvest.

Such lack of accountability is often a problem at megachurches, which tend to be founded by charismatic individuals who quickly amass a large following. These churches do not usually belong to any denominational body; this means that these pastors have no body above them that they are accountable to. Elder boards are supposed to create this accountability in these situations, but in many cases these boards are no more than rubber stamps.

Because evangelical megachurches are typically formed around a single charismatic individual, elder boards are generally loathe to consider letting this individual go. In effect, the senior pastor is the church. Besides, pastors charismatic enough to gain large followings frequently have the ability to effectively deflect criticism and keep their elder board firmly on their side. Those who step out of line are often dismissed.

The Elephant’s Debt, which had posted criticism of MacDonald, including stories by former Harvest members, elders, pastors, and staff, throughout 2012 and 2013, went on a posting hiatus at around this time. The bloggers began posting again, however, in 2017, around the same time that Harvest Bible Fellowship was dissolved in 2017, due in part to concerns by some some member churches about how Harvest was managing the fellowship’s finances.

In early 2018, reporter Julie Roys, who writes for the conservative evangelical WORLD Magazine, began conducting background research for an article, which was published eight months later under the headline Hard Times at Harvest. Harvest responded by suing both bloggers, their wives, and Julie Roys. MacDonald defended the decision to sue fellow believers in an opinion piece published in Christianity Today, which also published criticism of MacDonald.

On January 8th, after learning that anything obtained through subpoenas related to the lawsuit could be made public, however, Harvest Bible Chapel dropped the lawsuit. On January 16th, MacDonald took an indefinite sabbatical leave. Then, on February 8th, Roys revealed material obtained under subpoena that backed up critics’ claims that Harvest Bible Chapel inappropriately took money from HBF. No wonder Harvest dropped the suit.

At this point, things went sideways.

On February 12th, someone who sounded an awful lot like James MacDonald called into Mancow Muller’s Chicago-area radio show to cuss out all of his perceived enemies. The caller alleged (in vulgar terms) that Roys, the reporter, was having an affair with Christianity Today‘s editor-in-chief Mark Galli, and made a comment about bringing down former Christianity Today CEO down by remotely uploading child pornography onto his computers.

On February 13th, the elders at HBC fired MacDonald, citing “highly inappropriate recorded comments made by Pastor MacDonald” that were “given to media” the day before. In other words, that was MacDonald in the recording.

And that brings us up to today.

This past Sunday, Harvest’s elders and remaining pastors were in serious damage control mode. While many in the congregation were willing to give it a second chance, some members raised concerns about many of these individuals’ closeness to MacDonald, and their willingness to cover for him for so long. In a recorded video message, Bill Sperling, an elder, told the congregation that “the elders concluded that there is a sinful pattern of inappropriate language, anger and domineering behavior.” Look, I’m sorry, but that’s a bit late. These patterns were present and recognized as early as 2012, and nothing was done about them. And it wasn’t just some random bloggers saying these things, either.

In 2013, in a story covered by major evangelical news outlets, Harvest publicly excommunicated two former elders who were still members of Harvest. What had these individuals done? First, they resigned, along with a third elder (who was not excommunicated only because he also left Harvest and was no longer a member), in protest of how the church was being run. These three men had then joined six other former elders—these men had all left Harvest entirely—in writing and sending a letter to the current elder board raising concerns about MacDonald’s leadership.

MacDonald was manifestly not okay with the criticism. During Sunday services, Harvest showed a video of members of the current elder board explaining why the church was placing the two former elders under church discipline:

“Church matters are not to be tried in the court of public opinion. Publicizing viewpoints rejected by the elder majority for any reason is satanic to the core. … We warn the people of Harvest Bible Church to separate themselves from these false messengers. Don’t stand in the middle, don’t seek to mediate. Please avoid these former Harvest elders at all cost, lest you incur great detriment to your own soul. …

“The elders of Harvest stand behind [Pastor MacDonald’s] character and integrity without reservation. … There are no ongoing issues of any kind. We are satisfied and grateful to our pastor for his Christlike behavior. …

“Titus 3:10-11 says ‘as for a person who stirs up division, after warning him once, and then twice, have nothing more to do with him, knowing that such a person is warped and sinful, he is self condemned.’ Also 1 Timothy 5:20 says ‘as for those who persist in sin, rebuke them in the presence of all,’ which is what we are doing, ‘so that the rest may stand in fear.’ …

“Nothing is covered, nothing is unresolved, nothing is ongoing, only this attack from the enemy. Let us examine ourselves for unconfessed sin and seek to live in fear of the Lord lest bitterness overtake us.”

I don’t understand how anyone could watch that video and not immediately know that something was very, very wrong. Even if the criticism in the letter had been unwarranted, this response is a huge red warning sign. The elders ordered church members to separate themselves from dissenters for fear of their souls; called MacDonald’s critics’ behavior “satanic to the core”; and accused them carrying out an attack by Satan against MacDonald and Harvest.

That the church went on and did not implode or hemorrhage members right then speaks to the prevalence of harmful ideas about authority and church leadership in evangelical circles. Don’t damage the church by being publicly critical. Critics of the church are just bitter. Don’t talk to them, or they’ll drag you down too. Listen, believe, obey, shut up. The problem was not simply Harvest’ messaging, but also the teachings that made such messaging make sense.

The eight former elders who signed the letter alleged that that Harvest ran a “puppet elder board”; that a “culture of fear and intimidation” plagued the church; and that the elder board, which was supposed to be responsible for overseeing the church’s finances, was not granted access to financial information. Their letter covered MacDonald’s “self-promotion … love of money … domineering and bullying … abusive speech … [and] outbursts of anger.”

The harsh language of Harvest’s public excommunication of these individuals did receive pushback, and in 2014, MacDonald expressed regret at the language used, and announced that the church had reconciled with the elders. WORLD Magazine and other evangelical news outlets celebrated this resolution. Less well known was that these individuals agreed to leave Harvest alone—to stop publicly criticizing the church—in exchange for a promise that the current elder board would enact changes. These changes were never made, but the critics were silenced—for a time.

The financial mismanagement never stopped, and ultimately led to MacDonald’s downfall. As questions about how Harvest Bible Fellowship money was used ballooned, the pressure mounted. While every major financial decision was supposed to be examined and approved by the church’s elders—and it was claimed that this was case—this was not actually happening. Instead, it was MacDonald and his inner circle that were making the decisions, unilaterally. One elder resigned over this, after asking to see the finances and being overruled by the rest of the board.

Then came Roys’ story, MacDonald’s decision to sue Roys and the bloggers behind The Elephant’s Debt (presumably rubber stamped by the current elder board), and the realization that discovery would mean everything coming out. Harvest dropped the lawsuit; MacDonald took a leave of absence; Roys revealed that MacDonald had lied; and then, finally, MacDonald went on a public vulgar, slander-laced tirade against Roys and Christianity Today.

What happens next? The elders and pastoral board have created a team called Harvest 2020 to conduct a complete review of what happened, and of the church. This team is to be made up of congregants, staff, professionals, and elders, and will be headed by a church member. Church leadership is urging members to wait for the results of this review—and the changes that will be implemented—before making the decision to leave the church.

Only time will tell whether Harvest can outlive its founding pastor—and the scandal that has enveloped both him and his elder board. There are larger lessons to be learned. The evangelical megachurch system, where multilayered ministries form around a single persona, leaves ample room for mismanagement and abuse of authority.

There are questions the leadership at every such megachurch should be asking. Is the founding pastor subject to accountability structures? Or is he in effect the church, with an elder board that exists only for show and to rubber stamp his decisions? Do elder boards mean anything, or are they just there to look pretty? Do systems of accountability exist in practice, or only on paper? What would it take to convince an elder board to question its pastor? 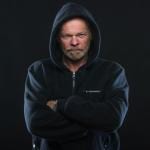 February 19, 2019
The Right's New Lie: The Left Gave Us Toxic Masculinity
Next Post 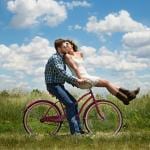