As voters in two southwestern Minnesota school districts prepare to decide on Tuesday whether to build new schools, the Worthington and Russell-Tyler-Ruthton school districts have been contending with a man some call the “bond buster.”

Referendum opponents in both communities have brought in Paul Dorr, an Iowa consultant who works to defeat school referendums across the Midwest. For at least 25 years, across nine states, people have hired him to defeat their school district’s bond proposals. He creates mailers, radio ads and Facebook pages telling residents to vote “no.”

Dorr effectively runs a propaganda machine aimed at ensuring that school-related tax proposals fail—no matter how reasonable and needed they are.

Just what is his motivation? About that.

Dorr wouldn’t talk to MPR News for this story, but has said his ultimate goal is the end of public education.

“I fight these purveyors of the moral destruction of Christianity that is the government school,” said Dorr in a YouTube video. “More so, I fight them as I see no Biblical warrant for them to even exist.”

I am familiar with this rhetoric. I grew up hearing it, in fact. There’s an entire segment of the far Right that opposes the existence of public education—reasons typically involve a mix of fundamentalist Christianity and anti-government libertarianism. It feels important to emphasize that Dorr does not oppose specific referendums because he believes those districts already have sufficient funding. He opposes any and all referendums because he doesn’t think public schools should exist.

Dorr was recently given a misdemeanor, by the way, for publicly burning LGBTQ-themed library books.

Dorr drew national attention for a half-hour long Facebook Live video on Oct. 19 that showed him tossing the books into a burning barrel. Dorr, director of the Ocheyedan-based group called Rescue the Perishing, said he was protesting a Lesbian, Gay, Bisexual, Transgender, Questioning celebration in Orange City, the introduction of sexual education into the public schools and some local churches’ reluctance to denounce homosexuality.

“Orange City Library, you won’t be peddling this one anymore!” Dorr said in the video as he pitched one of the books into the flames. “You should all be ashamed of yourselves and repent.”

The problem is that Dorr is not simply some rando posting videos of himself ranting on facebook. When it comes to defeating school bonds, he’s very, very successful.

According to campaign finance records, Dorr has worked to help defeat at least 26 bond votes in Minnesota and another two dozen in Iowa. In Minnesota, 77 percent of the referendums he’s worked on have failed. But of those districts he’s been involved with here, more than half have gone on to pass a bond once he’s out of the picture.

In fact, Dorr is so successful that the Minnesota Association of School Administrators have composed a brief to prepare school districts that have their bond proposals opposed by Dorr’s machine.

He e-mails county auditors (IA, MN, and MO) to find if there is a bond election in the country. If so, he then contacts farmers in the school district stating he will work for them to defeat the bond issue. He charges them a fee. He has them lay low, gets the needed information, then attacks.

According to the brief, “The information in the mailings is a distortion of the information the school district provided to Mr. Dorr and/or the Vote No Committee.” Here is more on Dorr’s tactics:

Dorr used students not from the school district on the radio, pretending to be students from the district. … He would have a radio spot with a student saying that she would not be getting a new bicycle because her parents had to pay taxes on the new school. They later found that the name of the child did not match any that were in school. … He had students write “Letters to the Editor”. One was from “Nicole Jamison”. After investigation they found she was not a student in the district. In fact, there was not a student by that name at any school in Iowa.

Dorr, by the way, homeschooled his children. He’s also a Christian Reconstructionist who is a big fan of figures like Rushdoony and North. He’s been interviewed by Reconstructionist radio shows. He’s aggressively anti-transgender. There are stories about Dorr peddling Y2K kits in the 1990s, and claiming that Budweiser promotes bestiality. There’s also this weird tale about a time his teenage son allegedly embarrassed the local board of education, and this bizarre story about a feud over ethanal between Paul Dorr and his brother Tom Dorr, who works in the agricultural department.

I am not an expert on political organizing, and I suspect that the farmers Dorr pitches his anti-school-bond services to are likely more conservative than your average person, and might not be bothered by some or all of the above. At the very least, it’s possible that pointing out that Dorr’s ultimate objective is to end public education entirely might be sufficiently off-putting to those predisposed to listen to Dorr. If nothing else, hopefully information sharing between districts will help school officials be better prepared to defeat the machine Dorr brings with him.

Growing up in a conservative homeschool community, I remember hearing that public schools were anti-Christian, and that the country would be better off if public schools were abolished and all children were either homeschooled or sent to any of a range of private schools. For us, this was just talk. We didn’t make it policy. Dorr makes it far more than talk.

Dorr, by the way, is far from alone in his opposition to public education. He’s a big fan of the Dutch Calvinist tradition from which Christian Reconstrucitonism initially emerged. If Dutch Calvinism sounds vaguely familiar, it should. Betsy DeVos comes from the same tradition. 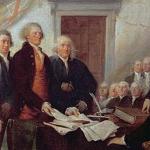 February 11, 2019
The Founding Fathers, in Their Infinite Wisdom
Next Post 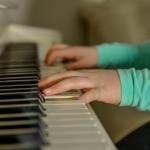