Why I Send My Kids to Public School

My children have been in public school for almost five years now. I have not regretted my choice once. I have a multiple graduate degrees; I put my children in public school knowing that I am capable of teaching them myself. I could homeschool. I would do a good job, and they would get a good education. But there are other things they would miss.

I put my children in economically diverse public schools by accident, initially. I hadn’t even looked at the schools when I moved to the area, years before my oldest hit kindergarten age. Our neighborhood school, as it turned out, had the second-highest rate of low income students in the district. It was also an amazing school. I was floored when I heard later about families that intentionally avoided living in the school’s zoned area—and the fight some wealthier neighborhoods had made to avoid being added to our zone during redistricting. When we moved to a new state, we again ended up at an elementary school with a high rate of low income students—this time intentionally.

In both states, the schools my children have attended have also been racially diverse. This, too, is significant. In early 2016, my daughter heard clips on NPR of then-candidate Donald Trump promising to send Mexicans back to Mexico. This upset her. “Fernando is from Mexico,” she said, speaking of a classmate. “Are they going to send him back?”

My daughter is white, but we live in a country that is increasingly brown. Fewer than 50% of children born in the U.S. today are white. White children will need to learn to navigate cultural differences. When white children attend school with children of color, they frequently become better allies—issues like immigration enforcement and police brutality become less abstract. They also benefit from learning to interact with and form relationships with a wider range of people.

Now, part of this has to do with where you live. We live in an area that not only has some religious diversity, but also a decent amount of immigration. My kids also don’t make assumptions about their classmates’ religion. They know that some of their friends are Jewish. Some are Christian. Some are Muslim. My son looked at a map of world religions recently, and was confused to find that the United States was shaded Christian. “What about the Jewish people?” He wasn’t thinking of abstract Jewish people. He was thinking of the ones he knows.

My children have always gone to school with immigrants, and the children of immigrants. “Where is X’s family from?” is an ordinary question. Immigration, for them, is normal. It’s a part of their lives. This level of this diversity is not present at every public school—and, you could, if you worked hard at it, foster it in the lives of children who are homeschooled. Still, public schools generally throw kids from different backgrounds together, even in cases where the differences are smaller.

For me, sending my kids to school has never been only about the academics. It’s possible that I could educate my children “better” academically if I homeschooled. I could probably accelerate them faster than their teachers can. But that’s not the point. I can supplement academics at home if I need to. My children have opportunities at school—exposure to students who are different from them, and to various forms of diversity—that I would struggle to recreate at home.

What I didn’t foresee, when I put my children in public school, was how it would impact me. As I’ve arranged playdates for my children with their school friends, I’ve expanded and diversified my own friend group. My kids’ school has brought me in contact with people different from me—minorities, people of different class backgrounds, immigrants—people I might not have met otherwise. People I don’t have much in common with—except that our children go to the same school.

There’s another community aspect here as well: My schedule has allowed me to volunteer at my children’s school. This isn’t some sort of WASPy PTA thing, either. At my children’s school, parents volunteer to manage the school garden; as coaches for sports teams; run free before and after school clubs; and more. Parents who have time to volunteer can do a lot for a school—these efforts help not only their own kids, but also all of the other children who attend the school.

Schools, in many areas, serve as community centers. Schools like the ones my children have attended send food home with children over the weekends and have social workers who work with disadvantaged families. Teachers buy coats for children; the PTA holds a hats-and-mittens drive to make sure the kids stay warm. Teachers reach into their pockets to provide students with snacks before they go home, knowing that some won’t eat again until the next morning, at school.

Because my children attend these schools, I can contribute to this project of community building. I can donate gloves, bring in snacks, help fill backpacks with food for needy kids to take home over the weekend. And I can open my house to my kids’ friends, including those whose families are struggling. Could I do this through other programs? Perhaps. But participating in the work of a school my children attend feels less like charity and more like building community. I’m not on the outside looking in. I’m not offering charity to others while keeping my own life (and kids) separate. I’m there too. We’re there together, on the same playing field. Our children are there, attending school side by side.

Now, yes, much of the above discussion depends will vary from area to area, and there are plenty of public schools that are not diverse, or needy. I don’t have experience with wealthy public schools. In my experience, schools where the diversity is the norm don’t expect children to be cookie cutter copies—or to have perfect test scores—and I like that. Stories I’ve heard from wealthier, whiter schools—from a focus on test scores to stark racial fault lines—make me feel like I dodged a bullet.

There are also public schools that struggle with administrative instability, or that are less well resourced than the public schools my children have attended. Many of these schools would benefit from having dedicated, involved, well-resourced parents enroll their children; others have problems that are far deeper and are not so easily bridged. While schools like these need better funding, many of their problems may also stem from a lack of investment in local communities.

So I get it: it’s complicated.

Even without underlying funding or administrative issues, I’ve watched parents avoid my children’s current school based on stereotypes and misconceptions. Everyone who actually sends their kids to the school loves it, but those who don’t make judgements without ever stepping foot inside the building. (All of this is true of their old school as well.)

School choice assumes that parents will have the knowledge they need to make choices that are in their children’s best interests. But what happens when parents make decisions not based on accurate information but based on stereotypes, or biases? What happens when parents avoid a school not because it is a bad school, but because it is the brown school?

A few years back, I read an article challenging parents trying to diced where to send their children to school to tour two schools they would not otherwise have considered before making their decision. I found this fascinating.

Test scores frequently have more to do with income and race than they do with school quality, yet some parents assume these scores are reflective of academic quality. Online school ratings are frequently based on test scores rather than on parent or student experience. My children have only ever attended schools with low online ratings, but they have thrived both academically and socially nonetheless. Parents shouldn’t assume that an underperforming school is a bad school.

I’m not arguing that public schools are the best choice for every student and every family. I am suggesting, however, that even underperforming public schools shouldn’t be simply written off. Parents need to make sure their decisions are made based on solid information, not on stereotypes. The school my children currently attend has a poor reputation in our greater community. But if you ask parents who actually send their children there, you’ll hear something else entirely.

I’ll join the author of the article I mentioned earlier and encourage parents making school-related decisions to tour a school before writing it off. That’s what I did, when we moved to a new state. On paper, I had concerns. When I walked in the door—when I met with admin and saw the school, its teachers, its students, its energy—my concerns evaporated.

If you haven’t already, I’d urge you to read Nikole Hannah-Jones’ seminal New York Times piece, Choosing a School for My Daughter in a Segregated City. Hannah-Jones does an amazing job hashing through the issues involved in making choices about schools. 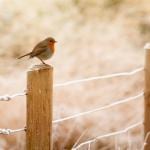 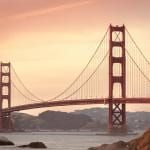