A recent article in the San Francisco Chronicle stopped me up short:

After nearly two years of delays, the Trump administration is moving ahead with its plan to stop granting work permits to the spouses of many high-skilled visa holders, an effort that could jeopardize tens of thousands of immigrant families in California alone.

I knew intuitively that this wasn’t just an immigrants’ rights issue. It’s a feminist issue. A married woman who is prevented from getting a job and is dependent on her husband financially is inherently vulnerable. Women who chose to opt out of the workforce, generally to care for young children, at least know that they could get a job if they needed to. In this case, we’re talking about legally preventing a whole segment of married women from working.

And yes, as I suspected, it is women:

More than 93 percent of those affected by the potential removal of the work permit are women, which especially concerns advocates.

“It undermines the agency and dignity of these spouses and it harms their career prospects; it leaves them less empowered to leave abusive situations,” said Amanda Baran, an attorney and advocate with the San Francisco-based Immigrant Legal Resource Center and a veteran of the Department of Homeland Security.

Amanda Baran’s comment raises another question—what happens to the wife of an HB1 visa holder if she does leave her husband? Does she have to leave the U.S., too?

Certainly, some women in such situations might prefer to return to the support network they likely had in their former country. But in some cases, these are women who have been in the U.S. for a decade already. They’ve built lives here. They may have children here. What are their rights, if they separate or get a divorce?

What does a feminist immigration policy look like? At its most basic, it looks like letting women fleeing domestic violence apply for asylum—something Attorney General Jeff Sessions tried to do last June. A federal judge blocked Sessions’ order in December, but there has been talk within the justice department of ways to overturn that ruling.

Consider the problem: Mail order brides are in the U.S. because they are married to U.S. citizens. That is the basis of their legal status. Without legal protections, these women would not be able to leave their husbands without leaving the country. In some cases, these women may have children they would also have to leave, or they may have been in the U.S. for years. A feminist immigration policy recognizes these dynamics and creates protections for these women.

Fortunately, policymakers recognized this. The 1994 Violence Against Women Act (VAWA) includes a provision that allows immigrants who are victims of domestic violence to file for separate immigration status.

But not everyone is happy with these protections. In 2012, when the VAWA came up for renewal, Republicans, working in concert with mail order bride services, sought to weaken this clause by requiring abused wives to tell their husbands they are applying for protective status—opening themselves to retaliation—and by eliminating these women’s separate avenue to citizenship (making citizenship only obtainable if they stay with their abusers).

One of the groups that worked to weaken VAWA protections for mail order brides was Encounter International, an organization that markets Russian mail order brides for American men. Curious to know more, I visited to the group’s website. It was actually worse than I expected. They don’t even try to hide their purpose.

At any point in time, Encounters International has more than 400 carefully chosen, currently available Russian women. … EI office managers interact with the women to understand their sincerity and see if there are any ulterior motives. If any problems do turn up, she is removed from the database and our program!

These women have a different outlook on life and marriage. They are less materialistic than their American counterparts and are more family oriented. As wives, they desire to build a loving home, follow their husband’s lead, and stick with the marriage, even when times get tough and things stop being “fun”

Besides, the fact that you are here probably means you have already researched Russian women on the Internet. There is no need to repeat information that you already know! Russian women are no longer the best kept secret of the cold war.

This text is accompanied by sexy photos of what one can presume are Russian women—one woman wears nothing but a tiny American flag bikini while another sits in a sultry pose, her lacy black bra visible over a small pink tank top.

Look, I’m an American woman, and I have to say, we vary a lot. Some of us are part of the zero waste movement, working towards not producing any garbage. Some of us prefer smaller living spaces. Others value having the latest technology, or hire interior decorators or cleaning companies. Some of us have houses that are a mess; others are neat freaks. Some of us are into exercise and sports. Some of us want nothing more than a cup of tea and Netflix.

As far as I can find, Trump was not involved in the debate over immigration provisions during the Violence Against Women Act reauthorization. And the Trump administration, of course, did not yet exist. Based on his administration’s current actions, however, I have little doubt but that Trump would have sided with those trying to weaken protections for mail order brides, and other women married to U.S. citizens and green card holders.

The Trump administration’s current move to bar spouses of HB1 visa holders from working, in concert with their efforts to deny asylum to those fleeing domestic violence, point to a concerted effort to remove feminist immigration protections and render women vulnerable to abusive relationships, curtailing their ability to leave.

These efforts are utterly reprehensible. I don’t really have the words to say much more than that, I’m that appalled. 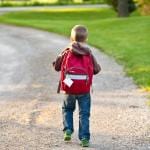 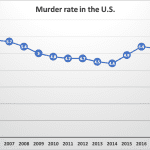 February 27, 2019 Trump Has Stopped Talking about Urban Murder Rates. Why?
Recent Comments
0 | Leave a Comment
Browse Our Archives
get the latest from
Love, Joy, Feminism
Sign up for our newsletter
POPULAR AT PATHEOS Nonreligious
1