I recently came upon an Answers in Genesis article titled How Should Christians View Biological Classification. I paused, initially confused—and then I remembered. Biological classification groups all living things according to their features, creating an evolutionary tree. Growing up in a young earth creationist home, I remember being told that the man who created this classification system was a Christian and a creationist. I also remember learning later that his classification system’s preexistence to the theory of evolution is viewed as as an evidence for evolution.

Namely: the similarities between living creatures were so evident that even before people even thought of the idea of evolution, they were already creating classification systems that grouped them by their features.

The Answers in Genesis article, written by Harry F. Sanders, starts as follows:

While God built certain classifications into the creation, man has named animals since the Garden of Eden. One of Adam’s first jobs was to classify the animals. “Now out of the ground the Lord God had formed every beast of the field and every bird of the heavens and brought them to the man to see what he would call them. And whatever the man called every living creature, that was its name. The man gave names to all livestock and to the birds of the heavens and to every beast of the field. But for Adam there was not found a helper fit for him.” Adam was the world’s first taxonomist. He spent part of the sixth day naming the birds and the beasts. While this was a much easier job then than it would be today since no variation had occurred yet, it still would have taken him perhaps a few hours to name the kinds.

That last link above? It says this:

How Could Adam Have Named All the Animals in a Single Day?

Assuming Adam had to name 2,500 proto-species (genera), and he named a single proto-species every five seconds, it would have taken him approximately three hours and 45 minutes to complete the task if we include a five-minute break every hour.

Taxonomists identify, classify, and name new plant and animal species. I’m not sure that Adam counts as a taxonomist, as there does not appear to have been any classifying going on, whatever Sanders claims.

Five seconds doesn’t seem like nearly enough time. The text says that God “brought [the animals] to the man to see what he would name them,” so at least we don’t have Adam running around trying to find each kind of animal himself. Still, five seconds seems like a really short amount of time for God to bring the animal up; for Adam to decide on a name and state it; and for God to take the animal away. Besides, how would Adam keep all those names straight?

I went back to Genesis 1 and 2 to check why it was so important to have Adam name all of the animals in one day. I was reminded as I did that Genesis 1 and Genesis 2 really do tell two completely different creation stories. In one account, God creates water, land, plants, birds, fish, and animals before he finally creates humans (male and female); in the other account, God creates land and water, then Adam, then plants, then animals—whom he brings to an already-created Adam—and last of all, Eve. You can play around with the tenses and argue that God had already created these things, before creating Adam, but that’s only necessary if you’ve decided to read Genesis 1 into Genesis 2.

So, Adam has to name all of the animals in one day because Genesis 1 says God created mankind “male and female” on day 6, and Genesis 2 says Adam named all of the animals before God created Eve. Yes, really. All on the same day, God creates Adam, Adam views and names every single animal kind and then has time to get bored (that’s my takeaway from the statement that “no suitable helper was found”), so God creates Eve.

That is why Adam has to name a new species every five seconds. That sounds like one hell of a zoo trip.

Throughout history, man has followed Adam’s example and attempted to classify the world around him into groups. One of the first recorded to do so was the Greek philosopher and naturalist Aristotle. Aristotle grouped living things into plants and animals, with several subgroupings.

The Bible does not say Adam tried to classify the world around him into groups. It says God “brought [the animals] to the man to see what he would name them; and whatever the man called each living creature, that was its name.” That’s it. There’s nothing there about biological classification at all. Aristotle wasn’t trying to copy Adam; he was using his natural senses. He looked at plants and animals, saw similar traits, and grouped them.

The modern classification system used in science today is based strongly on the work of Swedish botanist Carl Linnaeus who built on John Ray’s work. Linnaeus was a Christian who was passionate about science, even as a child.

I don’t think that’s what “hijacked” means. Scientists build on previous’ scientists work all the time. Linnaeus created his classification system because different organisms looked related. That was the premise of creating a classification system to begin with—to group organisms based on common traits. Darwin’s innovation was to suggest that maybe these organisms looked related because they were related—and to suggest a mechanism for this.

As a result, modern classification is now changing into a largely dependent technique known as cladistics. Because of a pervasive evolutionary mindset, a new dogma has emerged. It is a concept summed up as “common design equals common ancestry.” In other words, if creatures share similarities, then it is presumed that they have a common ancestor in the past.

Within a created kind—where the animals indeed are related—this method can be advantageous. When creatures are not related and share design features, problems are introduced. So the universal belief that common design equates with common ancestry isn’t always the best. Hence, many creationists often appeal to the more logical mantra of “common design is a result of a common designer.”

I don’t even know where to start with this. Sanders’ issue with cladistics is that he as decided that God created all organisms, that evolution did not happen, and that God often used similar design features. That’s all there is to it.

Cladistics, by the way, is a method of classifying organisms based on common features. Sanders’ objections aside, cladistics is not actually that dissimilar from what Linnaeus did—the difference is that cladistics isn’t just about similarities, it’s about using similarities to determine how recently two organisms had a common ancestor.

Now might be the time to mention something Sanders does not—the Linnaean classification system is not the only one out there. There’s also the Phylogenetic classification system, which draws an evolutionary family tree and posits common ancestors. Another thing Sanders does not mention—while cladistics once relied only on looking at physical features, this is no longer the case—scientists also compare organisms’ DNA to verify how closely related they are.

Sanders argues that cladistics is circular, because it claims to prove evolution but also assumes evolution. This isn’t quite right. Cladistics is one of many areas of scientific research where evolution could be falsified. Linnaeus’ system revealed that organisms look related. Cladistics seeks to determine how they are related.

But here we have an interesting twist:

Since cladistics is the new basis for modern classification and it is completely bound up in evolution, it is reasonable to question whether Christians ought to accept this form of the modern classification system. Some Christians have rejected taxonomy entirely in favor of a purportedly more biblical system. However, this position is functionally untenable.

Having a system of classification, however arbitrary, is better than the abject disorder that would result without it. …. This is certainly not a desirable outcome, nor could a Biblical replacement be achieved under the current ruling paradigm in the scientific community.

This entire article is a defense of using modern classification systems in response to more dogmatic young earth creationists who are arguing that such systems should be thrown out entirely, or replaced with a “more biblical” system. That is utterly fascinating. I tried finding some articles arguing this, but couldn’t, and Sanders doesn’t link to them.

Sadly, Linnaeus’ intent has been hijacked by evolutionary zealots using arbitrary groups and circular reasoning to provide evidence for their dogma by assuming their dogma to be true.

I mean, if that’s what Sanders wants to think, fine. It’s not how any of this works, however.

You want to know something fascinating? While Sanders and other young earth creationists treat scientists like some sort of monolith, there’s actually a decent amount of debate within the scientific community about how classification systems should be fine tuned. Scientific theories are modified over time to accommodate new evidence.

So, there you have it. Sanders thinks a classification system makes sense for organizational purposes—and young earth creationists who attempt to do science that will be accepted in the scientific community need to use the prevailing system—but he doesn’t like cladistics and he doesn’t think common design indicates common ancestry.

No real surprises there. The image I’m still trying to get out of my head, though, is of Adam naming 12 animal kinds every minute, for three hours and forty-five minutes. For someone who claims that scientists force any evidence they find to fit within their evolutionary assumptions whether it actually fits or not, he certainly does a lot of that himself. 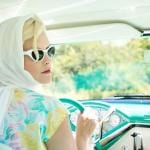 March 5, 2019
Much Ado about Marriage and Childbearing
Next Post 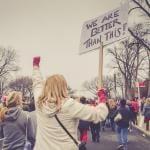