Much Ado about Marriage and Childbearing

Much Ado about Marriage and Childbearing March 5, 2019 Libby Anne

Lori Alexander writes a lot of things that I decline to comment on, because her perspective is at once way out there and completely predictable. Lori believes women should be obedient, submissive wives and homemakers. But there are few points in an article she wrote last month that have been jangling around in my mind, and bear addressing. Her overall question was whether the world is a better place for having women in the workplace. Her answer, of course, was no.

“Are women happier today?” No. More women are on anti-depressants than ever before.

This is a terrible measure of happiness. One of the reasons Betty Friedan jump-started the second wave women’s movement was because of all of the depressed homemakers she knew—although she didn’t use that term. In her 1963 book, the Feminist Mystique, she called it “the problem that has no name.” Literally Friedan’s entire book is about the unhappiness and discontent felt by vast numbers of 1950s housewives.

That some women today have depression and seek treatment for it does not mean that women overall are less happy now than they were in the 1950s. And yet that is Lori’s claim.

Next, Lori turned to divorce:

“Are marriages happier with wives at home or in the workplace?” I would venture to say marriages are happier when wives are in the home. Divorce has skyrocketed since women left their homes and most divorces are initiated by women. Working women make money so they can divorce their husbands regardless of the cost to their children, grandchildren, and culture at large.

Notice that the measure here is not whether women are happier but whether marriages are happier. But what does that mean, exactly? What makes a happy marriage? One that remains intact? But is a marriage really “happy” if it is only intact because the unhappy wife is stuck?

Lori claims that divorce skyrocketed after women were able to get jobs of their own, with apparently no irony. She never pauses to consider whether women might find themselves stuck in unhappy marriages when they are dependent on their husbands financially, only to find the means to leave those marriages once they have access to jobs and the ability to be financially independent.

It’s not that women having jobs makes marriages unhappy, leading to divorce. It’s that women who have jobs can leave marriages that are unhappy, leading to divorce. Lori almost appears to acknowledge that when she states that “working women make money so they can divorce their husbands.” Well, yes. But a working woman making money who is happy in her marriage has no reason to divorce her husband.

Lori wants women in unhappy marriages to be stuck and unable to leave. I’m not reading that into her words. That’s what she says. Her justification is “the cost to their children, grandchildren, and culture at large” that stems from divorce. I have a question. My great-grandmother left her marriage of over forty years and moved clear across the country where she took a job, met someone new, married, and spent her remaining years traveling the country with her new husband. Who did she hurt?

What is better for children? To see their mothers or grandmothers stuck in unhappy marriages—perhaps punctuated by fighting—or to have a living model that it is okay to leave a situation if you’re unhappy, that happiness is not impossible or out of reach? Here we get down to values—what is the basis of morality? Following rules laid down by a deity, or seeking to maximize happiness and minimize harm?

But enough of this! On to the last point:

“Is society’s emphasis on work and career inhibiting more young women from marrying and having children?” Absolutely! Many in this young generation aren’t getting married and if they do, they either want no children or only one or two children. Women are putting their careers above marriage and having children. Children are a hindrance to their “dreams.”

That’s … not how this works.

A lot of people my age who are not marrying or having children. It’s true that that is sometimes about putting careers ahead of marriage or having children, but that doesn’t seem to be the primary driver. Economics plays a big role. Many people in their late 20s and early 30s are simply not where their parents and grandparents were economically at their age, so they put off marriage, or childbearing—sometimes indefinitely.

Lori solves this problem neatly: she argues that women shouldn’t go to college (thus circumventing college loans); that women should stay at home to raise children (thus circumventing childcare costs); and that couples should live frugally (to offset having only one income). But this doesn’t solve two underlying problems: first, incomes are lower than in the past, making it genuinely difficult for many to live on one income; and second, not every woman wants to be a stay-at-home mom, and that is completely valid. I know multiple women who couldn’t wait to go back to work after maternity leave. Not everyone wants to spend their lives baking and cleaning up after children.

By the way, Lori opposes attempts to create universal or government-sponsored childcare. (I suspect she also opposes student loan forgiveness.) She doesn’t want to encourage marriage and childbearing if it means making it easier for women to simultaneously work outside of the home and have children.

Finally, I fell down the stats hole on this, and found some things that I think might be difficult for Lori to digest.

Second, the average age at first birth for unmarried women is 23.1, while for married women it’s 28.8. Lori doesn’t like women postponing having children. Fine. But at the moment, it’s women who wait longer to have children who tend to marry.

Third, the share of women at the end of their childbearing years who have children is actually currently going up, not down. Even the average number of births these women have had is going up.

The number of women with postgraduate degrees having children is also going up.

Today, about one-in-five women ages 40 to 44 with a master’s degree or higher (22%) have no children – down from 30% in 1994, according to a Pew Research Center analysis of newly released Census Bureau data. The decline is particularly dramatic among women with an M.D. or Ph.D. – fully 35% were childless in 1994, while today the share stands at 20%. Not only are highly educated women more likely to have children these days, they are also having bigger families than in the past.

What is going on? While many are busy lamenting Millennials’ low rate of childbearing, the number of births to women over 35 is actually increasing. In other words, it may be that Millennials are simply delaying having children, which means we may see a bigger bump in childbearing among women ages 35 and older in the next decade or two. We don’t know for sure, of course, but I also don’t think Lori actually cares.

And so on and so forth.

Lori doesn’t actually care about whether women are happy. Certainly, she claims women will be happier if they actant live just as she says God says they should, but if she were confronted with some basic facts to the contrary—and texts like Betty Friedan’s The Feminist Mystique—she would retreat to an older standby: that what is important is not whether women are happier, but whether women follow the rules.

You probably know her type. 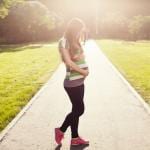 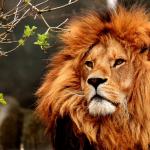