I grew up in a megachurch. There were so many members the church had to form “small groups” to foster a sense of community; around 2000, the church built a new sanctuary, large enough to accommodate thousands of people. There were Easter pageants with live donkeys and real doves; the children’s ministry was huge and glitzy.

The church’s founding pastor was modest and unassuming. He didn’t bask in attention, or seek it. His clothing was conservative, as was his home. I may not be evangelical—or religious—today, but I still have a lot of respect for the man who pastored my childhood church. He was the real deal. I didn’t realize at the time how odd this was.

I bring all this up for a reason. See, I recently discovered the Instagram “preacherssneakers.” I was hooked. And horrified. And somehow, underneath it all, completely unsurprised. The account features pictures of preachers—typical megachurch pastors—wearing designer clothing, alongside screenshots showing these items’ prices.

@ron.carpenter with those UNC vibez. @virgilabloh out here making sure the whole team eats!

A post shared by PreachersNSneakers (@preachersnsneakers) on Apr 3, 2019 at 5:33am PDT

The account identifies numerous pastor—mainly megachurch or other big-name pastors—each wearing designer shoes or other items of designer clothing or swag worth many hundreds or thousands of dollars. The account offers very little extra commentary, letting the information speak for itself. The commenters make hay out of it.

As I looked at these posts, I was reminded of all of the megachurch pastors who have gone down in scandal in the past few years. Some have misappropriated funds; others have sexually harassed women around them. In each case, there seems to be a desire for attention, love of power, and basking in praise and applause that isn’t healthy.

I came upon the #preacherssneakers account almost immediately after reading a Christianity Today article about megachurches that made me think about them in a new light. The article focused on “multisite” churches, megachurches that grow so quickly that they open second and third campuses, streaming video of the lead pastor’s sermons at these additional locations. The article asks whether this approach can be “missional”:

While the origin of multi-siting may have had missionary roots, it seems to have quickly shed them. As churches embraced the church-growth paradigm and its corresponding assumptions, they invariably found themselves in competition with other like-minded churches in the city. While few would be so shameless as to suggest that their singular church was the kingdom solution for an entire region, many practically operated in this fashion. Little collaborative attention was given to how best engage the lostness of the city or position the big-C Church in the city for success.

In other words, these practices foster a competitive atmosphere between churches, as one pastor strives to become bigger and more important than all the other pastors, spreading his vision (and often his ego) over the whole city. Both the creation of satellite churches specifically and megachurches in general tend to stroke the success of one man—typically the founding pastor—in a way that isn’t about spreading the gospel or doing God’s work.

The Christianity Today article does not focus on the chutzpah of megapastors to think they should keep extending and extending their influence, power, and fame to the point of opening satellite locations centered on their brand rather than collaborating with other existing churches toward shared goals. Instead, the article focuses on the way megachurches’ glitzy programing can harm less-resourced churches in their communities:

The breakneck pace for bigger buildings, better programs, and more staff, all comes with a price, and this cost necessitates that a church must grow, and grow quickly. Enter the new multisite. Like it or not, most church growth-driven decisions are influenced by what meets the needs of the church’s infrastructure and not what is best for the city as a whole. Those churches that capitalized on the church growth obsession often did so at the expense of others in the city who were at a competitive disadvantage.

Since people could now drive to whatever church met their preferential tastes, the normative church with a small staff or lone pastor found it difficult to retain families when the church across town built a theme-park-quality playground slide leading into their million-dollar megaplex for children’s ministry—even if both churches shared theological alignment on the vast majority of issues. The corruption of the principles that the church growth movement started with had created a new scorecard—one where the winners vanquished the losers.

While all of this is very relevant, this article glosses over an important point—the extent to which megachurches are centered on a single founding pastor, a de facto cult of personality. The glitzy programming and million-dollar megaplexes are frequently an outgrowth of this personality’s desire for fame, attention, and acclaim.

At a megachurch, the founding pastor doesn’t have the time to get to know each family. Churches like these don’t function like churches did in the past, when all of the families knew each other, and church potlucks played an important community function. There are some things to appreciate about the bigness of megachurches: the pastor of a megachurch does not exert as much control over individual families, for example. The megachurch pastor’s role is different form that of pastors of the past. He doesn’t minister to individuals; he runs a corporation.

And maybe that is the difference—the pastor at the megachurch I grew up attending didn’t seem to want to run a corporation. He wanted minister to individuals. The church grew before it had glitzy children’s programming. He wasn’t after power. He wasn’t interested in attention. The tensions I sometimes saw in the church centered on disagreement between the lead pastor and those who wanted the church to move faster, to become more glitzy.

Why does that suddenly feel like such an oddity?

There is no personality test to become pastor—especially not in the evangelical church, which largely lacks denominational infrastructure. It seems to me that those pastors most attracted to the megachurch model are probably also those most attracted to attention, and fame.

It seems to me the writers at Christianity Today would do well to focus on more than just the way megachurches’ glitzy programming can cannibalize other churches. There are harder questions to be asked here. 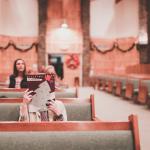 April 8, 2019
When Paul Spoke of Women Prophesying, He Meant Reciting Scripture Out Loud with the Congregation
Next Post 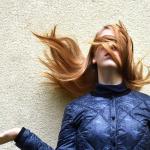