When Paul Spoke of Women Prophesying, He Meant Reciting Scripture Out Loud with the Congregation

When Paul Spoke of Women Prophesying, He Meant Reciting Scripture Out Loud with the Congregation April 8, 2019 Libby Anne

Last week, Lori Alexander published a blog post titled Five Times Paul Commands Women to Be Silent in the Churches. I’ve read up on these passages in the past, and know that some of them appear to have been added later by church leaders other than Paul who wanted to tamp down on women’s influence in the churches (in other words, these passages are evidence of the significant roles women held in the early church, not the reverse).

Lori Alexander doesn’t think any such thing, of course. She can’t. In order to consider the possibility that things were added to the Bible over time—or that some of the books that claim to have been written by Paul weren’t—she would have to give up her rigid, dogmatic understanding of the world and accept some degree of nuance.

This isn’t me being down on Lori. Her blogging is patriarchal, oppressive to women, and rigidly dogmatic. She doesn’t accept that others’ experiences may differ from hers. She urges women to find happiness in obeying their husbands and orders them to serve their husbands’ sexual needs unquestioningly. She is not a nice person.

She’s not consistent, either. Check this out:

Does the Apostle Paul contradict himself concerning women speaking in the churches? “But every woman that prays or prophesies with her head uncovered dishonors her head” (1 Corinthians 11:5). Is he telling women that they can pray and prophesy openly and individually in the churches? What about these verses just a few chapters later? “Let your women keep silence in the churches: for it is not permitted unto them to speak,; but they are commanded to be under obedience, as also saith the law. And if they will learn any thing, let them ask their husbands at home: for it is a shame for women to speak in the church” (1 Corinthians 14:34, 35).

This contradiction—and others like it—is one of the reasons many Bible scholars believe the passages ordering women to be silent were added later, and were not written by Paul. Why describe women praying and prophesying if women are to be silent in church? Add to that that this passage—the one ordering women to be silent—is oddly similar in phrasing to a passage in I Timothy, which scholars think was written later, and not by Paul.

Lori, though, offers this explanation:

This is bizarre. Literally no one would look at Paul’s passage references women praying and prophesying and think he meant women reading scripture aloud along with the congregation, or women reciting a prayer along with the congregation. Fundamentalists like Lori frequently claim that they simply take what the Bible says at face value, and that it’s progressives who read what they want to see into the Bible, but this ain’t that.

Individuals like Lori are a bit stuck when it comes to passages that are directly contradictory like this. Because they believe that the Bible is inerrant and infallible, they can’t admit that these passages are contradictory and explore what might have happened in the creation of these texts. Instead, they have to find a way to harmonize them. It’s unsurprising that, when doing this, they would choose to harmonize them by rejecting meanings contradictory to their preconceived conclusions (such as Lori’s firm adherence to patriarchal structures and female submission).

This is not an excuse, of course. Ideally, contradictory passages like these ought to drive individuals like Lori to do more research and study and, ultimately, to learn more about how the Bible was created, what textual critics have written, and, well—to develop nuance. Reaffirming dogmatic preconceived notions in the face of glaring contradictions that constitute evidence to the contrary is a choice. 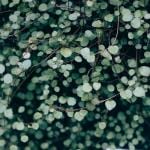 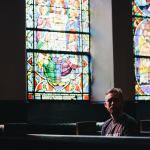 April 9, 2019 Megachurches, Megapastors, and Megalomaniacs
Recent Comments
0 | Leave a Comment
Browse Our Archives
get the latest from
Nonreligious
Sign up for our newsletter
POPULAR AT PATHEOS Nonreligious
1