I supposed up short when I came upon an Answers in Genesis article titled “Reflections on the Flat-Earth Movement.” I grew up in a young earth creationist home, but no one in our circles believed the earth was flat. It would seem that times are changing. Flat earthers, it turns out, have gained enough of a presence in fundamentalist Christianity that Answers in Genesis feels the need to counter their arguments. And when they do, it makes for some pretty odd reading. Some very, very odd reading.

I have been studying the flat-earth movement for nearly three and a half years. In this time, I’ve published more than a dozen web articles or blogs on the flat-earth movement, and I’ve written a book on the subject that will soon be published. As I’ve studied this movement, I’ve become fascinated with its sociology. I’m very curious as to what motivates flat-earthers, how they became convinced that the earth is flat, and what their thought processes are.

There are many, many, many who would say the same about young earth creationism. Faulkner knows that, right? Or does he?

In early May, I attended the premiere of the documentary Faith on the Edge: Exploring the Biblical and Scientific Case Against Flat Earth at Calvary University in Kansas City. There I joined a panel discussion with “The Creation Guys,” Kyle Justice and Pat Roy, the producers of the video, as well as Hebraist Steve Boyd, who, along with me, appeared in the documentary.

No really! This is a thing!

I could not make the documentary trailer embed, so you’ll have to click through here to view it. It’s really something. Let me give you what I thought was the most important bit:

Narrator: With more Christians converting to this idea than at any time in history, it’s having a huge impact.

Narrator: Are you equipped to give an answer to those that believe?

Next, a camera person asks several college students why the earth is round. The students fumble around and can’t answer the question, which is the point—young earth creationist students attending Christian colleges are not being properly prepared to refute flat earthers’ claims, and that needs to change.

I’m going to go out on a limb and suggest something. Ken Ham and Answers in Genesis teach that essentially all modern scientists are lying to the public, claiming that life evolved and that the earth is billions of years old when in fact the earth was created just 6,000 years ago. Maybe—just maybe—individuals who already believe that there is a mass scientific conspiracy in one area—i.e. young earth creationists—are especially susceptible to believing the same in other areas—such as flat earth.

Who would have suspected such a thing? Not young earth creationists, clearly.

The direction Faulkner takes in his post is bizarre.

Well … yes. And that’s precisely what young earth creationists suggest when they allege that evolution is a lie perpetuated by secular humanists so that people don’t have to worry about being accountable to a deity.

He then adds this:

Why is the cosmological conspiracy believed by flat-earthers all-encompassing? The answer lies in the fact that the alleged conspiracy is cosmological. Cosmology is foundational to one’s worldview. If we have been lied to about such an important, fundamental issue, then all other conspiracies are relatively small matters in comparison. Once one comes to believe that there is a vast conspiracy about cosmology, it is a relatively easy step to believe in many other sub-conspiracies.

Faulkner harps repeatedly on his allegation that most people are unprepared to refute the arguments made by flat earthers. He blames an inadequate science education. Check out this bit:

Much of education amounts to memorizing many facts but with little reasoning as to what these facts mean. This amounts to indoctrination rather than education. Consequently, few students ever develop proper critical thinking skills. When someone comes along with a few arguments for the earth being flat, most people have absolutely no knowledge or resources to counter them. Flat-earthers, for example, typically testify that when they first heard about the earth being flat, they thought it was the dumbest thing that they ever heard. The soon-to-be converts thought that they easily could disprove that the earth was flat, but they quickly realized that they couldn’t. Perhaps out of frustration, they finally concluded that the earth must be flat. It never occurred to them that perhaps their education had failed them in not better preparing them for refuting the notion that the earth is flat. After all, if a person hasn’t truly been taught the why of believing something rather than the what, then they are an easy prey for all sorts of odd ideas.

Faulkner argues that students’ science education frequently leaves them ill equipped to combat flat earthers. But you could say the same about science education in general, and in particular instruction on evolution. After all, many states have dumbed down science standards in that area to the extent that it is barely taught.

I’m also confused by people’s apparent inability to refute the idea that the earth is flat. You can see things disappear over the horizon gradually, and people can and have traveled around the earth. How do these people think airplanes get from LAX to China? And beyond this, if the earth were flat, what on earth is under it? Is it sitting on something, or just … floating? When you do away with a globe, you have to throw out everything in the entire field of astrophysics, and our entire understanding of how matter behaves.

If someone is actually willing, in this day and age, to adopt the belief that the earth is flat, the problem is not with their science education. It’s with their willingness to believe absurd, easily disprovable conspiracy theories.

Hmm. Where have I encountered that before? Oh right! Young earth creationism.

Young earth creationists like Faulkner are consigned to rushing around putting out flat earth fires without any seeming awareness that they created the conditions for this situation. And it’s not just their whole “all scientists are engaged in a grand conspiracy to lie to you” bit. It’s also their whole “we have to take the Bible’s words on science literally whether or not they make any scientific sense at all” bit.

Let’s return to Faulkner, shall we?

This is the whole point of creation apologetics—you first convince a person that evolution is a vast scientific conspiracy and that if you actually look at the evidence you’ll see that the earth was created six thousand years ago; then, once they accept that, you hit them with the Bible and a salvation pitch.

In their new-found fervor, flat-earthers often become very bold. Flat-earth Christians think they have found cosmological truth in the Bible, and they aren’t about to let anyone dissuade them from this belief. It doesn’t matter that until very recently virtually no one within the church saw the Bible as teaching that the earth is flat.

Quick! Does anyone have a mirror Faulkner could look in?

But flat-earthers frequently dismiss instruction from Godly men, insisting that they know more about what the Bible says than men who have devoted many decades to prayerful study of the Scriptures. It never occurs to flat-earthers that they may be wrong in their understanding of the Bible.

There now are local churches that include the earth being flat among their core beliefs. And the leaders of those assemblies are zealous about planting similar local churches in other cities.

Look, Faulkner, I’m sorry that it bothers you that some churches have made untenable, easily disprovable scientific conspiracy theories based on narrow readings of the Bible not shared by all Christians part of their core beliefs, but I should let yo know that I’ve seen this before. Quick! Did anyone find that mirror??

There are two things to take away from this. First, the belief that the earth is flat is making enough inroads in fundamentalist Christianity to create deep concern among young earth creationists. Second, young earth creationists have no idea that the ideas they have been peddling for the last five decades have made these very fundamentalist Christians extremely susceptible to flat earth theories (they also don’t realize that their own scientific theories differ from flat earthers only in a matter of degree, and even then, not by much). 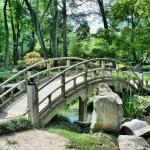 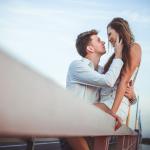