Treat Having Sex with Your Husband like it’s Your Job

Treat Having Sex with Your Husband like it’s Your Job June 25, 2019 Libby Anne

Just when I thought patriarchal blogger Lori Alexander couldn’t go any lower, she went and posted an article titled Your Husband’s Sexuality Is a Gift from God to You. I think my skin crawled just reading that. Still, since I’m an optimistic person who likes to think the best of people, I wondered if maybe—just maybe—this was Lori’s moment to talk about female pleasure. No. It’s not. I’m definitely way too optimistic.

Lori starts by clarifying that the post is actually written not by her, but by a commenter on her earlier post, She Would Give Anything to Be Desired By Her Husband. But clearly, Lori is endorsing it 100%.

The commenter went by the name Mother Dearest, so that is what I’m going to call her. Mother Dearest starts her comment as follows:

There is a lie that has gone out into the world, from the very depths of hell. It tells women that to be chaste whilst single is stifling but sex in marriage is boring. It fits in neatly with the larger feminist message that for a woman to be under the authority of her own husband is utter enslavement but for her to be under the authority of several other men: her boss, her clients, her welfare officers, her shrink, her pastor (yes, some have unbiblical authority over women) is liberation.

Where in the blazes do people come up with this? Literally zero feminists teach that “to be chaste whilst single is stifling but sex in marriage is boring.”

Mother Dearest’s comment is laced with a lack of awareness of what feminism is, as well as a willingness to play fast and loose with terminology. For example, yes, employees are managed by their bosses—but they are not bound to submit to their bosses in all areas of life, HR places limits on what bosses can do, and women can quit and find another job if they have a boss they don’t like.

None of this is the same as what patriarchalists like Lori and Mother Dearest prescribe for married women—i.e., complete and absolute submission to their husbands.

But let’s return to Mother Dearest:

A popular entertainment technique is to juxtapose an old married couple with an unmarried pair of young attractive fornicators. Plenty of ridicule is then heaped on the married couple and especially on their ho-hum marriage bed to everyone’s applause.

What Mother Dearest is describing does not “fit neatly with the larger feminist message.” It’s something separate from feminism. It’s also not something I’ve noticed in the television media I consume; perhaps it is present in media designed for a specific audience that I am not a part of. (To the extent that this portrayal happens, it’s likely a parody of the reality that there are ups and downs in people’s sexual relationships.)

I am a-okay with patriarchal bloggers like Lori arguing that sex inside of marriage isn’t boring, and shouldn’t be portrayed as less-than or hum-drum. That is a message I have no problem with at all!

But that’s not really where we’re going.

When I speak to younger wives, I am quick to correct them for expressing exasperation about their husbands’ sex drives. This is because an older, wiser woman did me the same favor years back. She taught me that my husband’s sexuality is a gift for me from God and that I was to joyfully receive it, enjoy it, and cherish it, rather than dreading it or resigning myself to it.

I think I know what’s going on here. Let’s put Mother Dearest on pause for a moment and talk through two scenarios.

Woman A is raised in a conservative Christian home. She is taught to save sex until marriage, and becomes conscious of stigma around sexuality. She is taught that sex is something men want and women give. She is never encouraged to see herself as a sexual being. She is also taught that she is to submit to and obey her future husband, and that it will be his job to meet his sexual needs to prevent him from straying.

Woman B is raised in a progressive home. She is taught that sex is just another part of life, not something to be stigmatized; and that women as well as men are sexual beings. She is encouraged to learn about her body. She grows up expecting to have mutual sexual relationships with future partners, built on mutual pleasure and egalitarian power relationships. She is taught about consent, and that she has the right to say “no.”

Woman A marries a man raised to see men as sexual and women as responsible for filing men’s sexual needs; a man who believes that he is to be the leader in his home and his wife is to be the follower. Women B marries a man who is taught that women are sexual beings whose pleasure matters, that women do not owe him sex, and that relationships are to be egalitarian, cemented by good communication skills.

It’s mind boggling to think that many husbands have never known their wives’ complete, unbridled, uninhibited sexual response and sadly this has been wasted in past fornicating experiences and the wives now selfishly couldn’t be bothered to offer their husbands anything more than duty sex if any.

For a brief moment, when I read “complete, unbridled, uninhibited sexual response” I actually thought—hoped—that she was going to transition to talking about women’s sex drives and female pleasure. But no. Silly me! We didn’t go there at all. That sort of sexual response is apparently something women give men.

Next, Mother Dearest takes on women’s claim that they’re too tired for sex after a full day of caring for children, and nights peppered with breastfeeding. She says the Bible contains no such excuse.

I remember being on an island to island flight with only one flight attendant. It was a red eye flight and I could see that the attendant was having a rough morning. Her hair was not as neatly coiffed as they usually have it. Her eyes were slightly bloodshot. Her makeup was meh and her suit was creased in parts. I had a little baby on the flight and the attendant was helping me secure our seat belt so I asked her if she was fine. She said it was her day off but her colleague had been taken ill so she had been given an hour’s notice to cover the flight. She was kind and smiling the whole time. She made the requisite announcements cheerily and treated the passengers with congeniality. If this woman could show up at short notice and against all odds make every effort to treat strangers with affability, how much more should a wife rise above the usual demands of motherhood and life in general to joyfully anticipate and fully meet her husband’s sexual needs?

She makes it sound like sex work. That flight attendant was being paid to be cheerful and treat passengers with congeniality. It was her job. The one place we treat sex that way—like a job you’re paid to do, smiling and being congenial even if you’re personally feeling out of sorts or disinterested—is sex work. And even in sex work, women can still say no. They don’t have to take every job that comes their way.

And what does all of this say about men? Do men in these circles actually care only about whether their wives are acting like they’re into sex? Do they not actually care about their wives’ wellbeing at all? My husband would be horrified if I tried taking Lori’s advice, always saying “yes” and plastering on a forced smile.

How much more coercive can you get? Talk about using God as a sledgehammer.

And there it is. She went all the way.

That’s Mother Dearest’s solution. Treat it like a job. Not, explore what you like and your own sexuality and ask your husband to experiment with new ways of pleasing you. Not, communicate with your husband, letting him know that you want to have an intimate sexual relationship with him, but that it’s being hard with the kids and all. Brainstorm solutions, such as scheduling some time away for just the two of you.

Nope. None of that.

This entire view of relationships is really terrifying. Reading Mother Dearest’s words made me profoundly sad, not so much for her but for the many women who listen to her. She is spreading poison.

(You may be wondering how common these teachings are. Lori Alexander’s blog occupies a place much like Michael and Debi Pearl’s ministry. This isn’t mainstream evangelicalism (although there are many beliefs and mentalities that are shared between the two.) Lori’s world is a sort of patriarchal fundamentalism that paints college as anathema and emphasizes oversized families. Like Michael and Debi Pearl, Lori has a circumscribed but loyal following of followers who listen to her and treat her words as gospel truth.) 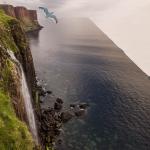 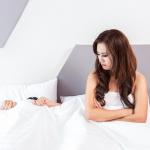 June 26, 2019 Fundigelical Advice for Women with Higher Sex Drives
Recent Comments
0 | Leave a Comment
Browse Our Archives
get the latest from
Nonreligious
Sign up for our newsletter
POPULAR AT PATHEOS Nonreligious
1

How (and Why) Evangelicals Blow Their...
Roll to Disbelieve
Related posts from Love, Joy, Feminism