Two articles recently caught my eye. The first, published on Answers in Genesis’ website, was titled Climate Warnings—Are They “Over the Top”? The second, published in Christianity Today, was titled Oil Is a Gift from God. Are We Squandering It? Both articles are based on the premise that God gave the earth to humans to be stewards of it. It would be easy to suggest that Answers in Genesis’ approach is the problem while Christianity Today‘s approach is the antidote, but I’m actually somewhat skeptical of both.

Let’s start with Answers in Genesis.

Why the fear-mongering by climate change alarmists? Well, they believe in evolutionary ideas and millions of years. Because they have the wrong starting point, they wrongly interpret the evidence. They see the ice sheets of Greenland and Antarctica as recording climate data for tens of thousands of years. But those ice sheets formed quickly, during the post-flood ice age, and therefore don’t record tens of thousands of years of climate data.

Their scientific model of earth’s history is wrong, and it’s affecting their view of climate change.

Recall that Answers in Genesis argues not only that the earth was created roughly 6,000 years ago but also that the earth was destroyed in a catastrophic global flood just over 4,000 years ago. And that flood wasn’t just a flood. For one thing, it was precipitated by dozens of meteor strikes (on the magnitude of the meteor that killed the dinosaurs in regular scientific models). For another thing, Answers in Genesis sticks the enormous, planet-altering volcanic activity that occurred during the earth’s early history in other models in the flood. And then Answers in Genesis argues that the whole thing was immediately followed up by a global ice age.

You can see why, if you believe that humankind and the rest of the animal kingdom survived the confluence of thee most horrific cataclysms to ever touch the earth all within a few dozen years of each other after a bottleneck in which each species was down to one breeding pair, you might not be so very worried about either global climate change or the specter of climate-induced species extinction.

I went after other articles on the Answers in Genesis website, looking for ones that make this even more explicit, and found this one:

If we start with God’s Word, we get a very different picture of Earth’s history. According to the Bible’s history, the earth is not billions of years old but only about 6,000 years old. Originally, there was a perfect creation (Genesis 1:31), which would have included a perfect climate. However, this climate was radically changed when the surface of Earth was destroyed, reshaped, and rearranged by the global Flood of Noah’s day around 4,300 years ago. As the earth was settling from the Flood, there was a transitional climate which included an Ice Age that covered 30% of the earth’s surface in ice. This transitional climate slowly gave way to the present climate as the earth evened out from the aftereffects of the Flood. Therefore, starting with a biblical model for Earth’s history, we should expect variations in climate and temperature.

So should we be alarmed about climate change? Not at all. Yes, climate change is real, but according to the true history book of the universe, we should expect it as a consequence of the cataclysmic Flood.

In other words, Answers in Genesis contends that global climate change is simply one more consequence of the catastrophic global flood (with concurrent cataclysms) that they argue occurred just over 4,000 years ago. It’s to be expected within their model, they argue, as the climate continues to gyrate as a result of 4.5 billion years worth of catastrophes all rolled into one global flood event.

And it’s not just their bad scientific model of the history of the earth that guides Answers in Genesis’ lack of alarm on climate change. It’s also this, from the same article:

Also, Earth—and Earth’s climate—was designed by the all-knowing, all-wise Creator God. He built an incredible amount of variety into the DNA of His creatures so that they could survive and thrive as Earth’s environments change. Surely the God who equipped life to survive on a changing Earth also designed Earth with the necessary features to deal with environmental changes. After the Flood, God even promised Noah that the climate would remain within acceptable ranges.

This argument—that God designed the climate and would not actually let things get out of hand in a way that is dangerous—transcends Answers in Genesis’ brand of Young Earth Creationism. In their hands, though, it becomes something more pernicious—they argue that, when creating an earth beset with billion-year catastrophes all shoved into a few thousand years, God of necessity “built an incredible amount of variety into the DNA of His creatures so that they could survive and thrive as Earth’s environments change.”

Anyone who has ever wondered whether it matters that a large number if Americans believe the earth was created 6,000 years ago—after all, does their believing that actually hurt anything?—has their answer. The prevalence of Young Earth Creationist believes in the U.S. has contributed to our nation’s disastrous reluctance to do anything about the looming consequences of man-made global climate change.

Let’s turn for a moment to the Christianity Today article I mentioned at the beginning of this piece: Oil Is a Gift from God. Are We Squandering It? The article itself is an interesting one, tracing the history of the oil industry and urging Christians to consume less while simultaneously arguing that “excited anticipation of such technologies is often as much about dodging the need for self-constraint as it is about caring for creation.” But I want to focus not so much on the content of this article as on the assumptions underlying its title.

This article, like the one on the Answers in Genesis website, is based on the premise that the world was created for humans. Consider the consequences of positioning of oil as a gift from God. The idea that oil is a gift from God suggests that it is something humans should use. You don’t give someone a gift for it to just sit there, unused, after all. It’s meant to be used. And in this case, that means God intended fossil fuels to be burned.

If someone believes God created fossil fuels for the benefit of humans, to be burned for fuel—after all, the article doesn’t suggest there was some other use waiting in the wings, alleging only that it was irresponsible for American Christians to use up so much of this resource created not just for them but for all of humanity—that’s going to affect that person’s view of global climate change induced by the burning of fossil fuels.

Not all Christians hold these views regarding oil, or global climate change. There have been Christian environmentalists as long as there have been environmentalists. But when it comes to addressing global climate change, those Christians who are young earth creationists—and those Christians who adhere to a framework within which oil is a gift from God—are going to be fundamentally hampered by these beliefs.

With the prevalence of these views—combined with the stranglehold industry lobbyists on our political system—it’s really no surprise politicians have had such a difficult time taking global climate change seriously. 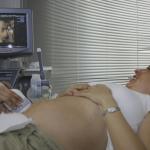 July 22, 2019
It Was Never about a Fetal Heartbeat
Next Post 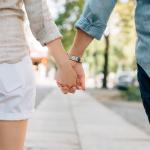