It Was Never about a Fetal Heartbeat

It Was Never about a Fetal Heartbeat July 22, 2019 Libby Anne

In May, Live Science published an article titled “Is a ‘Fetal Heartbeat’ Really a Heartbeat at Six Weeks?” The article begins as follows:

So far this year, four U.S. states have passed laws banning abortions when a fetal heartbeat can be detected, at around six weeks of pregnancy; several additional states are also considering these so-called heartbeat bills.

But what exactly do we mean when we talk about a “fetal heartbeat” at six weeks of pregnancy? Although some people might picture a heart-shaped organ beating inside a fetus, this is not the case.

Rather, at six weeks of pregnancy, an ultrasound can detect “a little flutter in the area that will become the future heart of the baby,” said Dr. Saima Aftab, medical director of the Fetal Care Center at Nicklaus Children’s Hospital in Miami. This flutter happens because the group of cells that will become the future “pacemaker” of the heart gain the capacity to fire electrical signals, she said.

This is all very interesting scientifically speaking, but this article suffers from a fatal flaw—the author took abortion opponents at their word and assumed they actually cared about when the fetal heartbeat begins. They don’t.

As a quick aside, the term “fetus” is not used until quite a bit after six weeks. At six weeks, it’s still an embryo. In other words, the entire term “fetal heartbeat,” as applied to laws banning abortions after six weeks, is a misnomer. But abortion opponents don’t care about that either.

It is true that a number of abortion bills over the past few years have prompted to ban the procedure after six weeks specifically, and that these bills have been called “heartbeat bills.” It is also true that abortion opponents make much of the claim that there is a heartbeat at six weeks. The rub is that abortion opponents use this claim only because they believe it will be persuasive to others, and not because they put any stock in the presence of a heartbeat themselves.

Young Earth Creationist organization Answers in Genesis took time to respond to the Live Science article I cited above, arguing that the article’s author was missing the point, because the fetal heartbeat isn’t really the issue.

Humanity is not determined by level of development. After all, a newborn is still developing, so is a six-month old, a two-year old, or a sixteen-year old. Does that mean it’s fine to kill any of these people? Well, it’s inconsistent to say no if you believe that a human being who is developing in the womb is not really human or alive.

This article really highlights that the fetal heartbeat isn’t really the issue. It’s just another arbitrary point on the timescale of development that some people have chosen as a very visible sign of life, recognized by everyone.

Arguments from science, such as fetal heartbeat, are wonderful supports of the biblical truth that life begins at the moment of fertilization, but they should never be the ultimate standard. God’s Word should always be our ultimate standard for truth, even when it comes to the question of abortion.

Believers, let’s stand boldly on our foundation and declare the truth to a culture of death: human life begins at fertilization; life is precious, made in God’s image; abortion is murder; and God’s grace is freely available to all who will repent and believe.

Why mention the heartbeat at all, then? For the same reason my dad used to wear a tiny feet pin.

That pin is the exact size and shape of a fetus’ feet at ten weeks. (Or at least, that’s the claim.) Does that mean my dad was okay with abortions before ten weeks? No. Those selling the pin oppose abortion from the moment of conception, long before the embryo and later fetus develops legs or feet. Instead, the pin was a carefully chosen means of humanizing the fetus. It was meant to be used as a conversation starter in a sort of “abortion evangelism” aimed at converting people to the anti-abortion cause. Discussions of the fetal heartbeat function in the same way.

Take a look at this text from Missouri’s recent abortion ban:

(6) In medicine, a special emphasis is placed on the heartbeat. The heartbeat is a discernible sign of life at every stage of human existence. During the fifth week of gestational age, an unborn child’s heart begins to beat and blood flow begins during the sixth week;

If I had to guess, I would bet good money that 90% of Missouri lawmakers who voted for this bill would like to see abortion banned from week one. In other words, this isn’t actually about the fetal heartbeat. It’s about banning abortion in as many cases as possible by whatever means necessary, period and full stop. At some point, some critical mass of abortion opponents decided that talking a lot about the fetal heartbeat would give them a sort of rhetorical wedge they could use to bump abortion bans back from viability (20-24 weeks) to much, much earlier.

If abortion opponents were to get abortion banned from the sixth week of pregnancy across the country, they would not stop there. They would keep going, and going, and going. Because as much as they talk about how the heartbeat is a sign of life, they actually believe that personhood begins long before there’s even a hint of a heartbeat—they believe personhood begins at fertilization, before the zygote even implants in the uterine wall.

This, by the way, is why many abortion opponents also oppose hormonal birth control, which they argue is an “abortifacient.” They claim (questionably) that hormonal birth control makes the womb inhospitable to fertilized eggs (i.e. zygotes), causing them to be flushed out without implanting—and they want it banned too. It’s not about a fetal heartbeat. It was never about a fetal heartbeat.

I have a Patreon! Please support my writing. 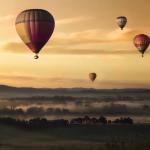 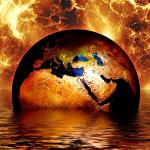