Homeschool Group: Filling Out State Form Would Be a “Sin”

The Home School Legal Defense Association is upset. Very upset. Why? It has to do with the Maine Department of Education’s “notice of intent to provide home instruction” form. First, the form asks parents for their children’s date of birth, while state law only says homeschooling parents are required to provide their children’s age. Second, the form states that a school year starts on July 1 and ends on June 30th. This has made HSLDA very, very angry, and is urging parents to stand up for their rights.

HSLDA has created this sample message for families to use:

This responds to your recent request for information from me. I am a Christian. Your request is not within the boundaries of the law. If I comply with your request, I will become a collaborator in violating God’s order. For me, this would be a sin. With full respect for you and your lawful responsibilities, I will not comply.

I honestly don’t think this is a good idea for HSLDA from a strategic standpoint. Besides making homeschooling parents look ridiculous, it also erodes conservatives’ fight for religious liberty. If you’re telling me that providing your child’s birth date on a homeschool notice form is a sin, I’m going to be less likely to take you seriously when you tell me that decorating a cake for a same-sex wedding is a sin, because you’re throwing that claim around an awful lot, and for things that feel like a bit of a stretch.

When I initially came upon this story, I thought maybe the Maine Department of Education was trying to require homeschoolers to follow the public school calendar—i.e., to begin school on the same date, and end school on the same date—which would be a problem. But upon looking at the actual form, I found that it doesn’t state anything of the kind.

The offending line reads as follows:

Have a look for yourself.

The note is added to provide clarity when parents fill out the blanks in “20__/20__” to indicate what school year they are homeschooling for. That is literally the only reason the form even mentions July 1 and June 30.

No one is trying to require homeschoolers to follow the public school calendar, or homeschool year-round. (The form states that homeschooling parents must provide at least 175 days of instruction annually, which is exactly what state law says.) According to state law, parents must submit a notice of intent to homeschool by September 1st each year they plan to homeschool; each subsequent year, they must submit proof of an academic assessment along with it. No one is telling homeschooling parents on which precise days they must have school, or when they must start or stop a given textbook or unit study.

What about the date of birth issue? According to state law, that “the notice must contain … the age of the student.” Obtaining this information by asking parents to list a student’s date of birth seems pretty reasonable to me.

Nevertheless, HSLDA is urging families homeschooling in Maine to refuse to give the school districts their children’s birth date, and to refuse to use the state’s form while it includes the offending phrase “a school year starts on July 1 and ends on June 30.”

Why? Here’s some further explanation:

While talking about government officials, Romans 13:7 tells us: “Give to everyone what you owe them.” (NIV) Another version says, “Render to all what is due them.” (NASB) The Scriptures don’t tell us to give every official everything he asks for: only what is “due” or “what you owe them.” State law says you owe officials your child’s age, but not the child’s birth date. State law says you owe 175 days of instruction annually, but you owe no one to follow the July 1-June 30 public school year.

Scripture also doesn’t tell us not to give an official more. There are times in the New Testament where believers have been urged to give more—in Matthew, Jesus says that if someone sues you for your shirt, you should give them your coat too.

I’ve seen some creative readings of scripture in my day, but this one is something else.

HSLDA alleges that while state law dictates what information must be included in the notice of intent to homeschool, it does not require families to use the state’s form. Families following HSLDA’s direction will presumably submit their own, homemade forms. Perhaps school districts will accept these, but HSLDA seems to expect that at least some won’t, leading to truancy charges.

[T]here are downsides to refusal—even a very gracious refusal. It cannot be ruled out that a family might be taken to court for truancy or child neglect. No one likes getting sued—even if they ultimately win. HSLDA has been defending member families for over 35 years, and will continue to do so. But that does not eliminate the stress of being in court.

Personally, I am confident a judge would rule that the department is wrong. But the legal process can be very slow. It could take years to reach a final, authoritative conclusion.

HSLDA is the absolute worst. The organization wants its member families to willingly put themselves in the way of a possibly years-long lawsuit … in order to avoid putting their children’s birth dates on the notice of intent to homeschool form they submit to their local school district. Are there no bigger, more important battles to be fought?

HSLDA really does have no bottom. 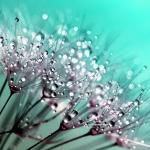 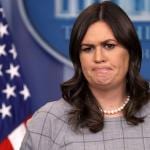 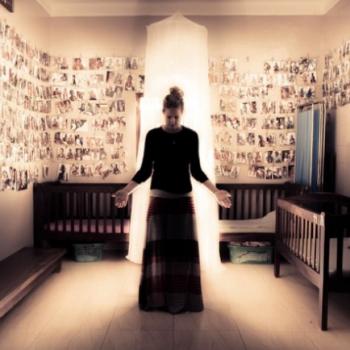