Remember 2016? In 2016, Clinton supporters were repeatedly accused of only supporting Clinton because she was a woman. While this claim was not absent on the Left, it was most present on the Right. This is why Sarah Huckabee Sanders’ recent comments have left me confused.

“What I always find interesting is 99 percent of the people who come over to say something negative, and to attack you, are women. And I find that very startling from a group of people that claim to be the champions of women empowerment,” Sanders said.

“I am only the third woman and the first mom to ever be the White House press secretary,” she continued. “And yet women attack me relentlessly, instead of being proud that we have more women doing those types of jobs.”

When women supported Clinton’s bid for the presidency, we were accused of supporting her only because she was a woman, and were told that this was bad, bad, bad, and also, bad. Supporting someone just because of their gender was against equality, we were told, and it flew in the face of a true meritocracy. But now we’re bad if we don’t support Sarah Huckabee Sanders because she’s a woman? How does that make any sense at all?

It’s almost like women didn’t just support Clinton only because she was a woman. It’s almost like people like Sarah Huckabee Sanders themselves a mistruth so many times they actually ended up believing it. There is no hypocrisy in women not supporting Sanders. The only reason Sanders thinks there is is that she doesn’t understand how those on the Left actually think.

Being a woman does not give someone a free pass. Just so we’re all on the same page, I don’t actually think Sanders actually believes being a woman gives people a free pass. I think she simply believes women like me think it does. But you know what? She’s wrong. Policy positions matter. Actions and beliefs matter. I don’t know anyone who would vote for a candidate only because she is a woman, her policy positions be damned.

In the 2016 primary, I had many female friends who supported Bernie Sanders over Hillary Clinton. This alone should have been enough to make clear to people like Sarah Huckabee Sanders that feminists don’t simply vote for whichever candidate has a ♀ symbol by their name. (Not that ballots actually work like that.) Phyllis Schlafly, one of the most powerful anti-feminists of her time, was a woman. Being a woman does not mean that one has sound policy positions.

If Sarah Huckabee Sanders honestly thinks being a woman should exempt her from criticism from feminists, she has completely misunderstood what feminism is. 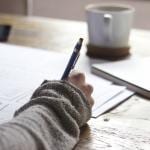 September 9, 2019
Homeschool Group: Filling Out State Form Would Be a "Sin"
Next Post 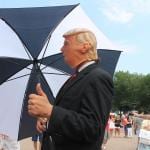