I once again have a slew of things I want to respond to, none of which really merits a full post. The only common theme as far as I can see is that they are all about white guys. So, here goes!

First, Florida Congressman Matt Gaetz is very, very upset about being called a “white man.” Calling him a “white man” is mean and disturbing. From The Root:

Speier was wrong to say that.

Technically, the average age of Republicans in Congress is 57. And three of the 41 SCIF-stormers were women. But Gaetz didn’t seem to object to the age part or the erasure of his female cohorts. He took exception to the “white” part.

“Did she say we were a bunch of white men?” Gaetz asked whitely. “What does the fact that we are white men have to do with our desire to represent the millions of constituents we serve?

“I was deeply offended by that,” Gaetz continued. “When Jackie Speier walks in a room, I don’t sit there and say a white woman came in…This is the type of identity politics from the left that seems to permeate any substantive or procedural arguments they make, and it’s sickening to me that that’s how we would be thought of…It’s just really kind of sickening.”

Oh ho ho yes, it is just sickening that people think of Gaetz as a white man. That is definitely the worst thing that has ever happened to him. Which, actually, it probably is, and that’s rather the point.

Next up we have Bill Maher. From Wonkette:

Following this, Maher also had Dennis Prager, of Prager U, the fake online university for Cuckoo Bananas Conspiracy Theories ‘N’ Jesus Talk so that he could say a bunch of stupid and incorrect things about how Russia never interfered with the 2016 election without being challenged on that, either. That discussion was topped off by the two agreeing that Brett Kavanaugh probably never raped anyone.

Sometimes I listen to podcasts by white dudes, and while I very much appreciate the many white dudes who have genuinely interesting things to say, there are moments where I go “my dude, you really needed a woman on this podcast with you, because that thing you just said was wrong/missing a piece of analysis/no.”

Can we have a rule that two white men are not be allowed to conclude that the rape charges against a public figure are wrong, without involving a woman in the conversation? Of course, that rule would subject woman to listening to white dudes making excuses for men who probably did do rape, and that’s just unpleasant.

Next up, Andy Savage, a former evangelical pastor who definitely did do sexual assault and is now … wait for it … back in the pulpit. From the Friendly Atheist:

When Tennessee pastor Andy Savage confessed to sexually abusing a teenager in January of 2018, his congregation gave him a standing ovation, believing they were seeing a picture of grace and redemption in action.

Following backlash, Savage took a “leave of absence,” then soon resigned from the pulpit. At the time, Highpoint Church in Memphis announced that “Andy’s resignation is appropriate” and that the church’s leadership team “was defensive rather than empathetic in its initial reaction to Ms. Jules Woodson’s communication concerning the abuse she experienced.” That was in March of 2018.

Savage’s exile from the pulpit was apparently temporary. Today, Woodson herself noted that Savage was on the verge of returning to preaching:

Savage sexually assaulted Woodson two decades ago, when she was 17 and he was her youth pastor. That sort of abuse of power should disqualify a person from the pastorate permanently—it’s not like there are no other jobs out there—but it’s actually worse than that. Savage (and his church) covered up his offense rather than admitting his wrongdoing or making restitution. Then, when Woodson spoke out publicly in January 2018 in the midst of the #metoo movement, Savage lied about what he had done, claiming it was consensual.

So yeah, this guy should not be a pastor. Ever again. People guilty of such gross abuses of power do not have some sort of right to be pastors. Find another damn job. Preferably one that doesn’t put you in a position of power and adulation over families of parishioners.

Next up, the Wonkette writes that If Richard Spencer Were Missing Teeth And Wearing Overalls, He Never Would Have Been On TV. It turns out that Spencer is a racist POS, which we all knew, except somehow the media, which couldn’t see past his suit and his clean-cut looks. Also, white man.

Finally, I bring you David Barton, a widely discredited longtime far-right constitutional guru with no actual legal training. From the Friendly Atheist:

Barton and his son Tweedledum Tim put out a video saying that Donald Trump couldn’t be impeached unless Congress proves he has committed “high crimes and misdemeanors.”

“There have been a lot of accusations,” Tim Barton said, “but until something is proven, you don’t really have a good reason, criminally speaking, to impeach him.”

Barton agreed with that in the video.

And yet, Barton had a very different understanding of impeachment as recently as 2017.

So the threshold for impeachment was a simple majority in favor of it in the House… until Democrats took control of the House after the 2018 midterms, at which point Barton decided the threshold was proof that the president had committed “high crimes and misdemeanors.” 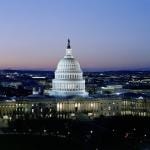 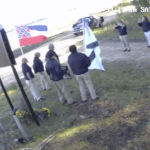