I Looked Into a Nonprofit That Felt Like a Scam, but Hit a Wall at the Word “Church”

A few days ago, I was sitting in a MacDonalds when I noticed a TV playing the same ad on repeat. The volume was off, but the screen caught my eye. A woman with blown out hair gesticulated wildly, followed by images of children in southeast Asia, and then the words “Rescue Life” and appeals for donations: $64 would rescue one child, I was informed; $128 would rescue two children. Then came images of white American women snuggling in blankets covered with Hebrew words, or admiring bronze statues of Jesus—your free gift if you donate at this or that level.

The ad, playing on repeat, left me with questions. What does this organization do? How does it use its donations? How much money does it spend on fundraising, as opposed to its program areas? Does it work with local groups, in the countries where it is present? What does it do with the children it rescues—and from what? I took down the website url that flashed upon the scene.

When I went to look the organization up—because it had set off my scam detector senses and I was curious—I ran into a problem almost immediately: the group wasn’t listed on any charity rating system. That’s not all that unusual—small organizations often aren’t. But this didn’t appear to be a small organization. Additional googling revealed that the name used in the advertisements was part of an organization with a different name: Life Outreach International.

So I looked that up on Guidestar, and got this:

This organization is not required to file an annual return with the IRS because it is a church.

And that was it. No substantive info.

Next I looked it up on Charity Navigator, and found that there was no rating available for the organization there, either. Instead, there was this brief note:

The odd thing—or at least, the thing that should be odd—is that there isn’t even a physical church. It’s run by televangelist Jim Robinson. The website lists a TV channel, a Christian literature ministry, and a number of charitable projects in the developing world, but no real information.

Here’s what the website says about the organization’s ministry to combat human trafficking abroad, the one I saw advertised:

RescueLIFE combats the horrors of the sex industry by reaching, rescuing and restoring…

We REACH children living in villages, targets for human traffickers, by providing education and prevention before the cycle ever starts.

We RESCUE as many as possible from the sex industry by intervening when possible and removing children, teens and women from this lifestyle they were forced into.

We RESTORE those who have escaped the sex trade by providing an environment where their hearts, minds and bodies can be restored to the beauty God designed for them.

And that’s it. There’s no more information. The webpage doesn’t even say what countries this initiative takes place in—and their annual report doesn’t so much as mention the project!

Now, in finding the organization’s annual report, I also came upon an annual financial statement, which it releases voluntarily. It is also useless. There is no information about things like top staff salaries, and no breakdown by program area. It’s not clear whether money raised for one program actually funds that—or even what is funded, beyond the words “project ministries.”

The financial statement does reveal one thing—less than a third of its expenses are classified as “missions outreach and project ministries.” The are for toward fundraising, overhead, literature ministries, and its television channel. The financial statement does not state whether money raised for one thing is spent on that thing, what project money is spent on, how effective the organization is in creating change, what practices it uses in the countries where it operates, or even where it operates or what it operates (group homes for recovering sex trafficking victims, for instance?).

I found myself incredibly frustrated. There’s nothing to help a potential donor to assess the effectiveness of the program or what it does—or whether the money the organization raises actually goes toward what it says it will. Nothing. This information is invisible, unavailable, not public, not looked at by anyone—because the organization is registered as a church.

The organization does say it has an independent audit each year and that these audits are available on request. But your average person considering making a $64 donation because they’ve been told that donation will save a sex trafficking victim isn’t going to contact the organization and request an audit report. A rating from Charity Navigator would be helpful. This? Not so much.

A day or two after after hitting this dead end and giving up in frustration, I came upon a blog post about a question recently put to Mayor Pete Buttigieg:

During a campaign stop in Iowa yesterday, Democrat Pete Buttigieg was asked by atheist activist Justin Scott about the recent scandal involving the Mormon Church.

A Washington Post story spurred by a whistleblower’s report suggested that the LDS Church is hoarding more than $100 billion meant for charity. One of the reasons they’ve been able to get away with that, if it’s indeed true, is because churches don’t have to be transparent about how much money they take in and where it goes out.

Other non-profits have to do this in order to keep their tax exempt statuses. But not churches. For no good reason, our government allows them to hide their cash flow. We shouldn’t be surprised to discover, then, that a large church may be scamming its members while continuing to ask for tithe money.

That’s what Justin wanted to ask Mayor Pete about: Would he consider changing the law so that churches would have to play by the same rules as other non-profits? Would he support that effort for transparency?

[N]ot being very familiar with the case that you’re describing, and supporting, as I do, the tax-exempt status of churches, I would also say that any time that you have practices, whether they are political practices or profit-making practices or anything else that is outside of the realm of why that tax-protected status exists, then it is very important that there be the right level of accountability, transparency, and responsibility, and compliance.

When the individual who asked the question attempted to clarify, Pete added that he doesn’t see churches “as being the same as other non-profits.” And it’s true that the LDS Church is different from, say, Doctors Without Borders. But what about organizations like Life Outreach International, which don’t have a physical church to begin with and use questionable practices to rake in cash without being subject to literally any financial accountability?

Life Outreach International’s advertising strategy sent up my scam detector. I genuinely thought I was going to be able to learn something about what the organization does, how effective it is, and where its money goes—all the things standard nonprofits have to talk about a lot. I genuinely wasn’t expecting that information to be behind a wall labeled “church.”

But its solution wasn’t really a solution.

LIFE Outreach International reports that it undergoes extensive auditing processes. It is a member of the Evangelical Council for Financial Accountability and reports that it meets all the standards required by that organization. LIFE Outreach International says that it makes its annual reports and financial statements available to the public on its website, and it says that it is willing to share copies of the audits with people who request them.

The Evangelical Council for Financial Accountability does have a listing for Life Outreach International, but offers no details beyond the vague numbers provided in the organization’s public financial reports. And there’s no rating. The Evangelical Council for Financial Accountability does not appear to function like Charity Navigator or other similar organizations that rate large nonprofits based on the financial information they are required by law to submit to the IRS and a variety of other factors (such as their practices effectiveness in the field).

This post isn’t really about Life Outreach International. It’s about the fact that a large organization that looks like a nonprofit and not like a church can register as a church and thereby avoid all of the standard transparency and accountability requirements the IRS has designed for nonprofits exactly like it. It’s no wonder televangelists like Jim Robinson have such a bad rap. They’re genuinely not bound by the ordinary rules all other organizations like them are bound by.

We create accountability and transparency rules for a reason. We have rules for large nonprofits to prevent them from abusing the public trust. Why do we give organizations that claim to be churches—even though they look and operate just like nonprofits—a pass, when the requirements we place on other organizations like them are in place for very good reasons—reasons that don’t just disappear if you slap on the word “church”?

I did one last google search before hitting publish, and I’m suddenly finding myself very grateful for Charity Intelligence Canada. Their rating system gives Life Outreach International an “F” based on its lack of public reporting of the work it does, rather than listing it as “unrated” because it’s a church. I’m not familiar with this charity rating system, but I will be back! 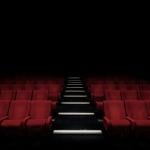 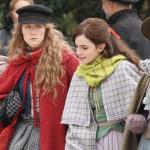 January 2, 2020 Some Thoughts on the New Little Women Movie
Recent Comments
0 | Leave a Comment
Browse Our Archives
Follow Us!