The headline alone gave me pause: “Miami Pastor Says People Won’t Be Deported for Attending Trump Rally.” Say what now? What even made such statement necessary?

“I ask you: Do you think I would do something where I would endanger my people? I’m not that dumb,” Maldonado said during the service, according to the Miami Herald.

Um. He might try asking—really asking—why his parishioners feel endangered

It turns out Maldonado isn’t just encouraging his parishioners to attend a Trump rally—he’s hosting a Trump rally the end of this week at his church. That’s … interesting.

On Friday, the president will kick off the new year in Florida with a rally to launch his “Evangelicals for Trump” coalition.

Maldonado said the church wasn’t organizing or financing the event and that Trump’s campaign chose the location.

Wait wait. The Trump campaign is now allowed to commandeer places for his rallies? Maybe it’s just me, but I’m pretty sure Maldonado could have turned him down. As to the church not financing the event … is the Trump campaign paying to use their facilities?

He told the congregation that some questioned how he could bring Trump to a church where some of the attendees didn’t have valid immigration paperwork.

According to the Tampa Bay Times, Maldonado’s church—a massive megachurch in Miami—is “one of the largest Hispanic churches in the country.”

Maldonado told parishioners he didn’t think the president would “do such a thing,” referencing immigration raids. To attend the event, parishioners had to register on Trump’s campaign website and as their “spiritual father and pastor,” Maldonado affirmed they didn’t have to be a citizen.

It’s no surprise that some undocumented immigrants would be nervous of registering for something related to the Trump campaign.  Maldonado doesn’t seem particularly interested in understanding the reasons why these parishioners might be concerned.

“If you want to come, do it for your pastor,” he said, according to the Miami Herald. “That’s a way of supporting me.”

What?! Is this some sort of backwards world? Whatever happened to a pastor supporting his parishioners? Whatever happened to a pastor willing to go to bat for his parishioners—being willing to show up and support them? But then, Maldonado’s comments reflect the sort of egotistical self-interested approach that seems to characterize so many megachurch pastors.

Interestingly, Maldonado is himself an immigrant from Honduras. I was unable to ascertain when he immigrated to the U.S., but it was before the 1990s, when he founded his congregation in Miami. In fact, it’s likely Maldonado was in the U.S. before President Ronald Reagan signed an initiative creating amnesty for undocumented immigrants in the 1980s.

Benefiting from a past when immigration was more open, only to turn around and argue for a present and future where the same doors you used are closed is absurd. (Maldonado is not alone in this—see Stephen Miller, for instance.)

Anyway, here are some thoughts from Maldonado this past January:

“We’re here to support you, Mr. President. You know, there’s misconception in the public, thinking that our community is for illegal immigration. There’s a misconception also that we want open borders. And dealing with people every single day, I see that our community supports what you’re doing. We don’t want open borders,” Guillermo Maldonado, pastor of King Jesus Ministry in Miami, told the president.

“That misconception that Spanish people want open borders, they want no laws, that’s not true. We’re here to support you, and what you’re doing is great. The lowest unemployment for Spanish people 4 percent that’s incredible. We pray for you,” said Mr. Maldonado.

Um. Open borders does not equal “no laws.” Discussion of open borders, at its core, is about questioning what is gained by keeping ordinary people from immigrating—what is gained from creating long lines or quotas rather than allowing people to seek safety or opportunity. It’s not about letting everyone, criminal background or terrorist activity be damned, into a country.

On a different note, if there are enough undocumented people in Maldonado’s congregation that he felt the need assure them that they won’t be deported for registering to attend Trump’s rally the end of this week, what exactly does he think “illegal immigration” is?

Here’s another way to frame this question: why do so many undocumented people attend a church whose pastor talks shit about “illegal immigration” and promotes a candidate who portrays them as murders and rapists and wants them kicked out of the country?

That said, I’m not going to judge the parishioners’ choices. They may attend Maldonado’s church for a variety of reasons, including having family or friends who attend, or wanting access to the church’s programming. Maldonado’s choices, in the other hand—those I’ll judge.

If you have to assure people that they won’t be ripped from their homes and thrown out of the country if they attend a political rally you’re hosting, you may want to rethink your choices. 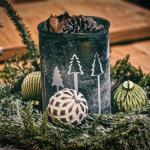 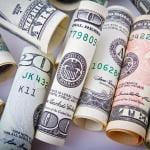 January 1, 2020 I Looked Into a Nonprofit That Felt Like a Scam, but Hit a Wall at the Word "Church"
Recent Comments
0 | Leave a Comment
Browse Our Archives
Follow Us!