Answers in Genesis: Resource Consumption Is the Best Way to Protect the Environment

E. Calvin Beisner of Answers in Genesis is writing about global climate change, and it gets … weird.

While some, like Dr. Michael Nortcott, think — as he expresses it repeatedly in his recent book A Moral Climate: The Ethics of Global Warming — that we must choose between people’s rising out of poverty and protecting the environment, as if either prevented the other (a bifurcation fallacy), we believe the two are not exclusive alternatives but mutually interdependent.

Hold onto this, because this summary is highly misleading. First though, this is how Beisner responds to the idea that we might have to choose between protecting the environment and raising people out of poverty:

A clean, healthful, beautiful environment being a costly good, and wealthier people being able to afford more of a costly good than poor people, it follows that growing wealth — accompanied by ethics and values informed by Scripture, and in the context of a just civil social order — can protect and improve our surroundings (the real meaning, by the way, of the word environment) rather than degrade them.

I mean really, no. In a very real way, global wealth is built on environmental destruction. And sure, wealthy people tend to want beautiful surroundings, but they also often only are about their surroundings, and not what happens to people on the other side of the globe (or even the other side of town). This is basically like saying that greed is good, because if everyone is greedy everyone will get richer and be better off, and … no.

Beisner’s claim that growing wealth will “improve our surroundings” is predicated on the idea that wealth will end up spread around, at a time of unprecedented inequality. Who’s to say that the exact sort of handwaving Beisner engages in won’t just result in a class of uber rich people with their crystal clean resorts and a much larger global poor living amongst waste and environmental destruction? Certainly, Beisner references “ethics and values informed by Scripture,” but unless I’m missing something the people informed by those values are the very ones cutting taxes on the rich and calling the poor lazy good for nothings.

Besides, this isn’t really about having a clean beach by your resort. Climate change deniers frequently equate things like clean water with global climate change, which is a result not of “pollution” but of carbon dioxide production. Remember the language Beisner used: rich people, he said, want “a clean, healthful, beautiful environment.”

But I told you Beisner’s summary of Northcott was misleading, didn’t I?

While Dr. Northcott and others prescribe abandonment of industrial civilization, or what Dr. Northcott calls “the machine world,” and a return to a hunter-gatherer, or at most a “primitive,” subsistence agricultural social order, as the solution to environmental problems, we believe a technologically advanced society and ecological well-being can co-exist, and indeed that they must coexist if humanity is to fulfill the stipulation of Genesis 1:28 to multiply and to fill, subdue, and rule the earth — a stipulation not repealed after the Fall but repeated in God’s covenant with Noah (Genesis 9:1–17).

First, abandoning industrial civilization for a “primitive” substance agriculture hunter-gatherer lifestyle would mean mass death on a scale unseen ever before. The earth simply has too many people. Our global population is sustained by pesticides and factory farming. Our global supply change is greased with oil. If we gave these things up, millions—perhaps billions—would starve. Also, I assume this would mean giving up modern medicine.

Nor is Beisner’s rebuttal of Northcott at all comforting. Beisner writes that we need a technologically advanced society to fulfill God’s command that people subdue and rule the earth. Which is odd, because the Bible never mentions internal combustion engines or electricity. Besides, all that subduing and ruling suddenly feels somewhat predatory and violent and … well, here we are. It turns out that an assumption that the earth exists to be plundered (er, subdued and ruled) by man can end up in, well, the earth being plundered.

Are these seriously the only two options Beisner offers his readers? Returning to a subsistence existence, or full speed ahead on machinery, technology, and resource extraction?

Here’s another excerpt from Beisner’s article:

Already we can recognize some important distinctions between a biblical ethic of creation stewardship, on the one hand, and secular and pagan religious environmentalisms on the other.

I should note that Northcott is actually a Christian, but okay.

The common environmentalist vision of human beings as chiefly consumers and polluters, using up earth’s resources and degrading it through their waste (a view expressed by Paul Ehrlich and others in the famous formula I=PAT, that is, environmental impact [which is always harmful] is a function of population, affluence, and technology).

There is a reason for this formula.

They claim that an increase in any of those factors inevitably brings more harm to the earth.

Well, unless we consciously change something, yeah.

This vision of man as essentially consumer and polluter confronts the biblical view that people are designed to be producers and stewards, capable of transforming raw materials into resources through ingenuity and hard work, making more resources than they consume, so that each generation can pass on to the next more of the material blessings than it received, and through godly subduing and ruling of the earth actually improving the environment.

Except that that is not how it has ever worked.

Humans can create more resources than they consume, yes, and you could argue that a lot of claims about future scarcity are hype, based on the fact that past claims about future scarcity have been hype. But the idea that resource consumption and the material production naturally go hand in hand with improving the environment is some of the most nonsense thinking I’ve heard in a while. When has that ever been the case?

Look, I’m not saying we can’t find ways to use resources and produce goods without harming the environment, but doing this takes conscious work. And we’re really still not there yet, even using the most environmentally friendly technology. Meanwhile, the very people talking about “godly subduing and ruling the earth” are all in supporting a president who makes fun of clean power, boasts about opening coal mines, and removes regulations created to protect our air and water. In other words, we’re not talking about people who are consciously trying to make production and resource consumption environmentally friendly. The reverse, rather.

I’ll finish with this:

Fear of environmental catastrophe grows out of the lack of the fear of God. That, I would argue, is the real root of the environmental scares that have plagued the modern world. And such fears will continue — with or without scientific basis — until people repent and fear the Lord.

Oh yeah, that’s totally the problem. Oh and by the way, the idea that God loves you but you should quake in fear of him is weird. That’s not how love works.

It shouldn’t be surprising that Beisner finally shows his hand here: he’s not just arguing that consuming resources and subduing the earth for man’s benefit will naturally result in a better environment, he’s a climate change skeptic (if not an outright denier). I am not surprised. From where I’m standing, fundamentalist Christians like Beisner tend to be climate change deniers in part because the Bible doesn’t say anything about man being able to change a global climate created by God—and because they believe the earth is going to be destroyed by fire, and a new heaven and new earth created, after a seven-year global tribulation that’ll start in a few years or decades anyway.

I’m not sure what’s more maddening, the idea that human consumption and resources extraction will result in a better and cleaner environment or the casual nod to climate change denial. I’ll close by reminding readers that this guy’s political party is in power, and don’t give a whit about protecting the environment. Oh, and Beisner’s not one of those Christian environmentalists who talks about stewardship and wants environmental protections—I skipped the part of his post where he directly argues that those Christians are wrong, but here’s a taste:

Although some Christian environmental writers attempt to use Genesis 2:15’s stipulation of cultivating and keeping the Garden to define Genesis 1:28’s stipulation of subduing and ruling the earth, that is surely mistaken, for two reasons. … What God assigned Adam to do in the Garden (to cultivate and keep) was not the same thing He assigned him to do in the earth (to subdue and rule). 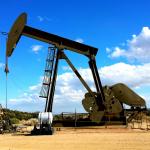 February 12, 2020
Republicans' New Climate Change Plan Is All About Deflection
Next Post 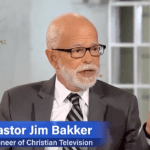 Church Report from Corona-Land
Editor’s Note:  Things have changed a lot since “Andy”, the atheist UCC...
view all Nonreligious blogs
What Are Your Thoughts?leave a comment
Copyright 2008-2020, Patheos. All rights reserved.