But Freedom of Speech! Evangelicals and College Campuses

Conservatives increasingly claim that liberal colleges are stifling freedom of speech under the heavy blanket of political correctness and social justice warrior politics. Well, you know what? Even if this were true—and it’s not, at least not in the way it’s reported in conservative press—it’s worth noting that conservatives do exactly this themselves, out in the open and with no seeming reticence or second thoughts.

Let me give you an example. Watkins College of Art, a private secular liberal arts college in Nashville, Tennessee, is merging with Belmont University, a somewhat larger local Christian college. Everything at Watkins is being subsumed under Belmont.

You would think that a group of people who are all about free speech on college campuses—based on their public outcry over “censorship” at secular colleges—would be a-okay with allowing Watkins College of Art to continue on as it has done, with the same faculty and the same fairly open rules about what sort of art students are allowed to do. But no! To the contrary!

You read that right, all non-Christian faculty at Watkins are going to be fired. And it’s not just that. The changes are far more sweeping.

Students have been told by Watkins faculty and Belmont officials that their freedom of expression would be somewhat restricted at the Christian school where filmmakers must make PG movies and artists not permitted to draw from nude figures to study the human form.

I’ve never studied art, but even I know that sketching nude models is an important component of most art programs. And then there’s requiring those studying filming to only make PG movies. It goes without saying that that is incredibly limiting. Will the movies and plays they’re allowed to study be similarly limited?

Remember, these are students who signed up to study the arts at a secular college. They enrolled in Watkins, not Belmont. But it’s too bad! It doesn’t matter!

Tell me again that it’s secular colleges that restrict freedom of speech.

PraegerU, founded by conservative hack Dennis Praeger, recently made an entire “documentary” about the supposed erosion of free speech on college campuses. Here it is discussed in a glowingly positive review by Focus on the Family:

No Safe Spaces exposes this loss of intellectual freedom and open dialogue by focusing first on examples from college campuses. “Safe spaces,” from the title, is a term given to show that a group or place is “safe” – especially for individuals who consider themselves marginalized and in need of extra care and protection.

The concept is very important to many students today, and it’s morphed into the idea that a person who introduces challenging concepts or ideas is making a campus “unsafe.” As a result, some students refuse to consider or even listen to ideas that are contrary to what they’ve learned from the media, educators and their surrounding environment. Keeping themselves safe on campus means shutting down others’ free speech.

Are they even listening to themselves? “Keeping themselves safe on campus means shutting down others’ free speech,” says a group that does literally just that at their own colleges.

Let’s leave aside for a moment the question of whether this documentary’s depiction of the situation of secular colleges is accurate. Let’s return to Belmont and Watkins for a moment. Belmont is literally firing all non-Christian Watkins faculty, and banning students from making non-PG movies, or doing non-PG art. How is this not precisely about Belmont creating a “safe space” for its brand of Christians by shutting down others’ free speech? And if they can do it—and in fact do it all the time—why are they so upset about the situation they allege is taking place on secular college campuses?

It’s ridiculous to both argue that audiences at secular colleges are too easily offended, as No Safe Spaces alleges, and ban non-PG art at your own colleges because it is offensive, but that is exactly what evangelical Christians are currently doing.

There is one difference worth addressing, of course, and that is the difference between public and private colleges. Evangelical Christians could argue, without being self-contradictory, that it is fine for private colleges to set whatever restrictions they want—including being as “PC” as they want to be—but that public colleges should be held to a different standard, and should be more open to alternative viewpoints.

That argument might be logical, but it’s also not the argument evangelical Christians are actually making. For one thing, conservatives are not a-okay with “PC” and “safe space” rules at private secular colleges. For another thing, conservatives are selective about which student freedoms they support at public colleges. North Carolina’s bathroom bill would have forced public colleges to require people to use the bathroom associated with their gender assigned at birth. I don’t believe for a moment that conservatives in other states wouldn’t pass similar laws if they thought they would pass court muster.

Unless I very much miss my guess, evangelical Christians would enact the same sorts of restrictions Christian colleges have at public colleges in a heartbeat if they could.

At primary issue right now is whether right-wing speakers who promote a race war or rank misogyny should be allowed to speak on public college campuses, if invited by student groups. This does invoke constitutional issues, and is something that needs to be worked out. That said, I can’t help but feel that evangelical Christians are being hypocrites when they both denounce public colleges for uninviting speakers and simultaneously firing non-Christian professors from colleges they take over and control.

There’s another issue, too. Controversial anti-transgender psychologist Jordan Peterson still has his job. If the issue had been reversed and he were, say, a hardcore secular feminist working at Watkins School of Art, he’d be receiving his pink slip right now. The issues being discussed are not equal. Public colleges and universities—heck, even secular private colleges and universities—offer a level of freedom to both faculty and staff that is unheard of at many private Christian colleges.

No Safe Spaces tells the story of a student shunned after voting against transgender students’ rights as a member of the student senate. This student was not suspended, nor was she subject to any school discipline. What she experienced social censure, censure which was not promoted or fed by the university. In contrast, you can be expelled from Liberty University for listening to music that has “lewd lyrics” in private. Or for having sex. Or for being transgender.

Pardon me for feeling that evangelical Christians may not be the best advocates for student freedom—or even freedom of speech—on college campuses. Remember when Liberty University fired a student journalist for writing negative things about President Trump? That is how you spell not a freaking leg to stand on. 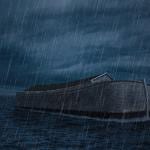 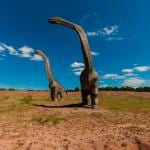 February 5, 2020 No, Sauropods Did NOT Once Walk on Their Front Legs
Recent Comments
0 | Leave a Comment
Browse Our Archives
get the latest from
Love, Joy, Feminism
Sign up for our newsletter
POPULAR AT PATHEOS Nonreligious
1 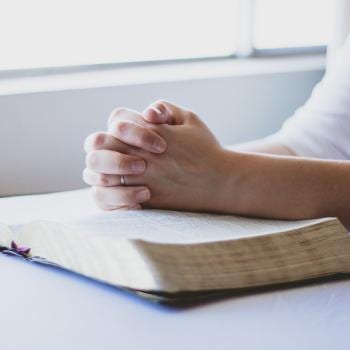