“What’s Wrong with America?” ran the headline of a recent Answers in Genesis piece by Ken Ham. I clicked through largely because I guessed—correctly, as it turns out—that Ham’s answer would be very different from my answer.

There is so much wrong with America. When I think about the mess of it all, I come back to power. We are a nation that glorifies the rich at the expense of everyone else. We talk about individualism, but what we really mean is that when a person succeeds, they’ve succeeded because of their own merit, and taxing them more to help people who have clearly failed in life make ends meet would be, well, unfair. We talk about freedom, but what we really mean is that those who have should be free to do whatever they want with what they have—and that those who don’t have should go to jail for petty drug crimes.

Yes, there is racism and xenophobia, in spades. But there is also a level of uncaring that out to be startling—and a commitment to people making it “on their own” that makes us forget that no one who succeeds ever do so on their own.

There is so much wrong with America.

But enough with my despair. Let’s turn to Ham:

Abortion is nothing less than the sacrifice of children to the god of self. No doubt the stench of this horrendous sin—60 million children sacrificed since 1973—has reached the Lord. The only difference between abortion and the fires of Molech is the method. It’s the same sin. Our nation needs to be called to repent of this evil before it is too late. God doesn’t let cultures who sacrifice their children get away with it. Eventually, if they do not repent, he deals with them.

Here’s what angers me most: if you really believed this about abortion, your response should be to improve contraceptive access, especially access to contraceptives that are long-lasting (which tend to also be the most effective), and to create social safety net programs to ensure that everyone woman who becomes pregnant can afford to keep their baby and successfully raise it. The reason we have a higher abortion rate than other developed countries is that we are a nation without a soul.

Things like this make me want to go all biblical, to rant like the prophet Jeremiah. There is so much wrong with America, but Ken Ham gets it all exactly backwards. It’s almost painful to read.

The majority of church leaders and Christian institutions have compromised Genesis with evolutionary naturalism, today’s pagan religion that attempts to explain life without God. So many church leaders condone or ignore homosexual behavior, transgender, abortion, and racism.

The inclusion of racism in that list is only hopeful until you remember that Answers in Genesis argues that racism is a product of evolutionary thinking, and that young earth creationism is the true antidote to racism. It is also worth noting that Answers in Genesis’ only mentions of “Black Lives Matter” are a post about anti-abortion protestors chalking “Pre-Born Black Lives Matter” outside of a Planned Parenthood in D.C. and a post arguing that BLM is Marxist and that Christians shouldn’t support it.

You know what’s interesting? Jesus never mentioned any of the things Ham says are wrong with America.

Jesus decried the wealthy and religious leaders, and said nothing at all about gay or transgender people. Jesus spent a whole lot of time preaching against greed and selfishness, but said nothing at all about abortion. Evangelicals don’t worship Jesus; they worship the Republican Party, and the Republican Party worships money and riches. Beginning just over a century ago, big business captured American evangelicalism, and it has held it in thrall ever since.

They worship capital, they follow in awe after billionaires, and then they have the nerve to claim it is the poor and needy who are greedy and self-serving. I am so sick of it all. I miss the Obama years, when I was at least somewhat optimistic about our future. Feeling so damn pessimistic elevates my frustration that people like Ken Ham can survey the same world I look out on every day and not see the greed, the hatred, the egomania, and the xenophobia that are so visible and apparent in our society today.

Yes indeed, someone needs to write about modern evangelicals in the spirit of the prophet Jeremiah. Because I would read the heck out of that, and it would feed my soul. 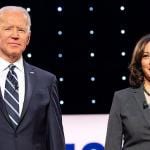 August 18, 2020
Has the Era of the Two White Men Presidential Ticket Ended?
Next Post 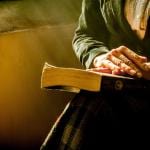 August 21, 2020 The Vision: Seven Women and One Jewish Man
Recent Comments
0 | Leave a Comment
Browse Our Archives
get the latest from
Nonreligious
Sign up for our newsletter
POPULAR AT PATHEOS Nonreligious
1