How to Be a More Accurate Prophet than Pat Robertson

This article by Craig Keener in Christianity Today is something else. “When Political Prophecies Don’t Come to Pass,” reads the headline. “The Bible includes false prophets and true prophets whose words turn out to be false,” the byline adds.

Prophecy is saying what God says, which is more often about forthtelling than about foretelling.

Sometimes, however, prophecies do predict the future. In late October, Pat Robertson declared that he had heard from the Lord: “Without question, Trump is going to win the election.” To Robertson’s credit, Trump did far better than expected. With Donald Trump’s 70 million votes, reportedly the second-highest total in US history, we might think that Robertson indeed heard something. But did he get the whole story?

What is the difference between “forthtelling” and “foretelling”? (I really want to know.) More importantly, though, Trump gaining 70 million votes but losing does not make Pat Robertson’s “prophesy” that he would win any less false. This isn’t a grading system where you can get a C- and still pass the class. You are either right or you are wrong.

But hey, since we’re here, let’s read some more Keener:

In some elections, prophecies are more than 50/50 guesses.

No, that’s literally what they are—guesses.

In 2016, Jeremiah Johnson, a pastor and prophet, accurately predicted Trump’s first term even before he emerged as a leader in the Republican primaries.

Keener does realize this is like the lottery, right? If everyone guesses random numbers, someone is going to hit on the right string—but that doesn’t mean they were divinely inspired. It just means they were lucky.

In 2016, my dad said Rick Santorum would get the nomination, and he was wrong.

“As many of you know, there has been a chorus of mature and tested prophets in America with a proven track record that have predicted Donald J. Trump would be re-elected President of the United States.”

Ahaha okay. This really is starting to look like it’s about 50/50 guesses.

But wait—the above quote from Johnson came out the day after the election … does that mean he’s about to admit he (along with all the other “mature and tested” prophets) was wrong? Here, let’s check:

“Either a lying spirit has filled the mouths of numerous trusted prophetic voices in America or Donald J. Trump really has won the Presidency and we are witnessing a diabolical and evil plan unfold to steal the Election. I believe with all my heart that the latter is true.

“You read that correctly.

“Donald J. Trump won the 2020 election last night and the chorus of prophets who saw into the future and prophesied it were ACCURATE.”

This guy is delusional.

But also—note the reference to a “lying spirit” as an out. In other words, if it turns out Johnson was wrong—and he does not think he was—it’s not because he’s not a real prophet, it’s because a “lying spirit” misled him.

Are these “lying spirits” stronger than God? More to the point—if a true and accurate and trusted prophet can so easily be led astray by a lying spirit, what is the point of prophesy at all? After all, this means you can never know if a prophesy is true or not!

And with that, back to Keener:

Robertson was not alone in seeing another victory for the president in 2020. Most public prophecies, including those by Johnson, sided with Trump, sometimes mentioning a disputed election.

Maybe someone should add up and report all the public prophecies like Nate Silver does with polls. No, just kidding, let’s not. Although frankly, maybe someone should—because that would make it clear that they can’t all be right.

If the election results hold despite recounts and court challenges, were all those others who predicted Trump’s victory false prophets?

Whether from false prophets or not, very public mistaken prophecies risk great dishonor to God’s name and must be treated especially seriously. People already apt to mock Christians can find more grounds for ridicule.

Keener goes on a long discussion of prophesy in the Bible, which gets somewhat into the weeds. He begins his conclusion with:

The most prominent people who claim to speak for God are not always right, but that does not mean that God does not speak.

This makes no sense.

Look: if prophesy was actually reliable, we wouldn’t be having this conversation. And if some people prophesy accurately while others don’t (i.e. “false prophets” or true prophets that just got confused), the very idea of prophesy is pointless, because you will never be able to know whether a prophesy is true or false until after the events in question, which rather defeats the point.

Pat Robertson prophesied that Romney would win the presidency in 2012 (he didn’t), that there would be a major terror attack in 2007 (there wasn’t), and that the world would end in 1982 (it didn’t). And yet, Keener is still willing to give Robertson the benefit of the doubt, saying that because a record-breaking 70 million people voted for Trump, Robertson must have heard something from God. This just goes to show how meaningless the idea of prophesy is, even for someone like Keener.

If I flip a coin and guess before each flip whether it’ll be heads or tails, I’ll be right roughly 50% of the time. As far as I can see, that makes me a more accurate prophet than Pat Robertson. (Although frankly, that’s not hard.) 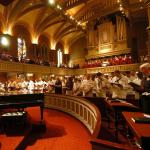 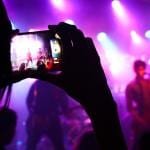