Jeremy W. Peters of the New York Times reports that Barnes & Noble, purveyors of the Nook Color, have been pleasantly surprised by the popularity of this device among women, especially for magazine reading. Here are some excerpts from the article:

Even as the iPad remains the favorite son of the magazine business, publishers are discovering that the Barnes & Noble Nook Color is a very promising younger daughter.

The Nook Color has surprised publishers of women’s magazines like O, The Oprah Magazine, Cosmopolitan and Women’s Health by igniting strong sales that rival — and in some cases surpass — sales on the iPad.

The success was not so easily predictable for a device that has been on the market only since November and faces stiff competition from Apple, Amazon and the Android-based tablets. . . .

Magazine top sellers include US Weekly, Shape, Women’s Health and Every Day with Rachael Ray. Men’s magazines like Maxim and Men’s Health rounded out the top 20 late last week, but they were the outliers. . . .

According to data from Forrester Research, 56 percent of tablet owners are male, while 55 percent of e-reader owners are female. Women also buy more books than men do — by a ratio of about 3 to 1, according to a survey last year by Bowker, a research firm for publishers — and are therefore more likely to buy devices that are made primarily for reading books. . . .

So what about the small fortune that publishers have poured into developing tablet editions that dazzle the senses with sleekly produced animation, live video and audio? They’re fine for the men, but a lot of women think there is nothing wrong with plain old words and pictures.

I don’t own a Nook, color or otherwise. I do own a Kindle, which is black and white (or really various shades of grey). I also own an iPad. I guess this makes me technologically ambigendered. But, I must confess that when it comes to reading magazines or newspapers, I do prefer the Kindle. I agree with women on this one. There is nothing wrong with plain old words and pictures. I guess I must be getting in touch with my feminine side.

May 25, 2011 When is the Kingdom of God Coming? Then? Now? Neither? Both?
Recent Comments
0 | Leave a Comment
"Hi Pastor,I am hoping you will continue your discussion on how God guides us. Can ..."
BB How Does God Guide Us?
"Happy birthday USA you are 243 years old today. Like in a marriage, a lot ..."
Tom Krayg Astounding Freedom: A Reflection for Independence ..."
"Great article on Thanksgiving. More of us should be thankful to those who work hard. ..."
Rhonda Diane Lucas-Wright A Simple “Thank You” That Makes ..."
"Thank You, I hope our paths will cross again. Till next time, make it a ..."
Brian Wood How to Make Your Job So ..."
Browse Our Archives
Follow Us! 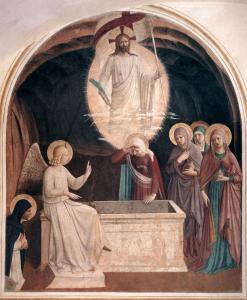 Evangelical
Women as Witnesses to the Resurrection of Jesus:...
Mark D. Roberts 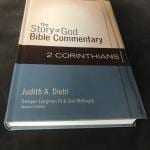