When a Church is Not a Church, Part 1

Part 6 of series:
What is a Church?

When a Church is Not a Church, Part 1

When I was young, I learned the little rhyme that goes like this:

Here is the church,
Here is the steeple,
Open the doors,
See all the people. 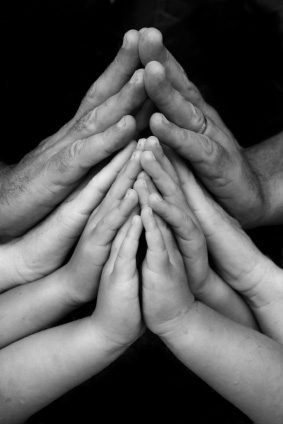 Of course it didn’t dawn on me at the time that I was getting deficient theology. Only later in life did I realize that I should have learned a better rhyme:

Here is a building,
On top there’s a steeple,
Open the doors,
The church is the people!

In my life, I’ve probably heard a hundred sermons or teachings on the church. I’ve probably given a hundred more of my own. In virtually every one of these talks the same point is made: “The church is not a building. It’s the people of God.” Of course, in common speech we refer to the place where Christians gather as a church. But this has nothing to do with biblical theology and runs the risk of fostering a profound and detrimental misunderstanding.

Nowhere in the Bible is the place where Christians meet referred to as a “church.” This word appears around 75 times in our English Bibles, depending on the translation (around 110 times if you include the plural). In almost every instance “church” is a translation of the Greek ekklesia (from which we get words like “ecclesiastical” and “Ecclesiastes”). Never does ekklesia refer to a building in which people gathered, for worship or for any other purpose. (In fact, the earliest Christians didn’t even have special buildings in which to meet during the period in which the New Testament was written. This came much later. For the most part, the first Christians met in private homes or other non-religious gathering places.)

At this point, you’re probably commending me for my grasp of the obvious, or perhaps thinking about skipping this blog post altogether. But now’s the time I take an unexpected turn. For I would argue that the use of “church” in our English New Testaments as a translation for ekklesia is problematic at best, and misleading at worst. Yes, that’s right. I’m saying that the word “church” should not appear 75 times in our Bibles, or 110 times including the plural. This, I fear, is a seriously misleading translation.

Now you might really be thinking even more seriously about skipping this blog post, since I’m now arguing a minority position versus almost every English Bible translation and Greek-English dictionary. But before you dismiss me as hopelessly eccentric, please allow me to defend myself.

One line of defense would be to point to the most recently published English translation of the New Testament, The Kingdom New Testament: A Contemporary Translation, by N.T. Wright. I have not had time to check every possible translation of ekklesia. But I was impressed to see that Wright does not use “church” in such verses as 1 Thessalonians 1:1. Usually this verse includes the phrase, “To the church of the Thessalonians in God the Father and the Lord Jesus Christ.” Wright prefers: “to the assembly of Thessalonians in God the father and the Lord Jesus, the Messiah” (1 Thes 1:1). Not “church,” but “assembly.” I think Wright is right on in this translation.

This was not the case for ekklesia in first-century Greek parlance. If, for example, a Christian traveler showed up on the streets of Corinth in the first-century A.D. and asked for the location of the ekklesia, nobody outside of the tiny Christian community there would direct him to a religious gathering. Nobody would think he was asking about anything that had to do with the gods or with religious practices. An ekklesia wasn’t anything like a church. Greek had words for religious gatherings, words such as thiasos (cultic society) or synagoge (Jewish gathering). But ekkelsia wasn’t one of these words.

Ironically, one might same the same thing for the use of the word ekklesia in the Greek translation of the Old Testament (the Septuagint, abbreviated as LXX). This word appears about 100 times in the LXX, almost always translating the Hebrew term qahal. Both words, ekklesia and qahal, have the basic meaning of “assembly” or “gathering.” They can be used to describe a gathering for religious purposes, but the words themselves don’t have religious connotations. They need something like “of the Lord” to make the religious setting clear.

So, if “church” in English always suggests something religious, whether buildings or gatherings of people or organizations, and ekklesia does not have this meaning in the time when the New Testament was written, then translating ekklesia by “church” almost certainly leads to some level of misunderstanding on the part of the reader. When it comes to the vocabulary of the New Testament, truly “a church is not a church.”

So, then, what is the New Testament understanding of ekklesia? If this word isn’t equivalent to “church,” what other English word or words might better render the sense of ekklesia? To these questions I’ll turn in my next post, though N.T. Wright has already dropped a big clue.

October 28, 2011 You Lost Me: An Interview Not to Be Missed
Recent Comments
6 Comments | Leave a Comment
"Yep, it works. Was looking around to see if anyone knows WHY."
Rick Chance A Miraculous Cure for Bug Bite ..."
"Hi Pastor,I am hoping you will continue your discussion on how God guides us. Can ..."
BB How Does God Guide Us?
"Happy birthday USA you are 243 years old today. Like in a marriage, a lot ..."
Tom Krayg Astounding Freedom: A Reflection for Independence ..."
"Great article on Thanksgiving. More of us should be thankful to those who work hard. ..."
Rhonda Diane Lucas-Wright A Simple “Thank You” That Makes ..."
Browse Our Archives
get the latest from
Evangelical
Sign up for our newsletter
POPULAR AT PATHEOS Evangelical
1

What Do the People Love?
Cranach
Related posts from Mark D. Roberts

Evangelical
A Film Festival and a Church, Together
Mark D. Roberts
TRENDING AT PATHEOS Evangelical