Part 3 of series:
Thanksgiving: Not Just a Day, But a Season

For several years, it has been my history to put up a bit of Thanksgiving history a few days prior to the holiday. So, once again, here is a brief history of Thanksgiving.

Well, though his order may be a little curious, that just about nails the historical roots of Thanksgiving. It’s common knowledge that the American celebration has its origin in 1621, as the Pilgrims invited the neighboring Indian tribes to join them in a feast of gratitude for God’s blessings. There’s no evidence, however, that they actually celebrated this on the fourth Thursday in November, or that it lasted only one day, or that they played a mean game of touch football after dinner. (Note: Ed Boyce comments that the first official Thanksgiving in the New World happened, not in New England, but in Virginia. Check out this link for the evidence. More discussion of the issue of the first Thanksgiving here.) (Picture: “The First Thanksgiving” by Jennie August Brownscombe, 1914)

New Englanders remembered the Pilgrims’ effort for many years through regional celebrations of Thanksgiving. Sometimes American Presidents would set aside a day for the nation to be thankful. In 1789, for example, President George Washington proclaimed November 26th as a national day of thanksgiving. Here’s the core of his presidential proclamation:

Whereas it is the duty of all Nations to acknowledge the providence of Almighty God, to obey his will, to be grateful for his benefits, and humbly to implore his protection and favor–and Whereas both Houses of Congress have by their Joint Committee requested me “to recommend to the People of the United States a day of public thanksgiving and prayer to be observed by acknowledging with grateful hearts the many signal favors of Almighty God, especially by affording them an opportunity peaceably to establish a form of government for their safety and happiness.”

Now therefore I do recommend and assign Thursday the 26th day of November next to be devoted by the People of these States to the service of that great and glorious Being, who is the beneficent Author of all the good that was, that is, or that will be–That we may then all unite in rendering unto him our sincere and humble thanks–for his kind care and protection of the People of this country previous to their becoming a Nation–for the signal and manifold mercies, and the favorable interpositions of his providence, which we experienced in the course and conclusion of the late war–for the great degree of tranquility, union, and plenty, which we have since enjoyed–for the peaceable and rational manner in which we have been enabled to establish constitutions of government for our safety and happiness, and particularly the national One now lately instituted, for the civil and religious liberty with which we are blessed, and the means we have of acquiring and diffusing useful knowledge; and in general for all the great and various favors which he hath been pleased to confer upon us.

And also that we may then unite in most humbly offering our prayers and supplications to the great Lord and Ruler of Nations and beseech him to pardon our national and other transgressions–to enable us all, whether in public or private stations, to perform our several and relative duties properly and punctually–to render our national government a blessing to all the People, by constantly being a government of wise, just, and constitutional laws, discreetly and faithfully executed and obeyed–to protect and guide all Sovereigns and Nations (especially such as have shown kindness unto us) and to bless them with good government, peace, and concord–To promote the knowledge and practice of true religion and virtue, and the increase of science among them and Us–and generally to grant unto all mankind such a degree of temporal prosperity as he alone knows to be best.

The idea of a permanent, national celebration each November came 242 years after the first Pilgrim-Indian festival in the early 17th century. During the Civil War, many Americans clamored for some sort of national religious holiday. One of the most vocal was Sarah Josepha Hale (who, by the way, wrote “Mary Had a Little Lamb”). Hale used her clout as editor of the influential Godey’s Lady’s Book magazine to motivate President Lincoln to proclaim a national holiday. On September 28, 1863 she wrote a letter to the President encouraging him to “have the day of our annual Thanksgiving made a national and fixed Union Festival.” Five days later Lincoln issued the “Thanksgiving Proclamation of 1863” (which we’ll examine below).

In his proclamation, Lincoln set apart the “last Thursday of November” as “a day of thanksgiving and praise to our beneficent Father who dwelleth in the heavens.” Throughout the next eight decades, all American Presidents followed Lincoln’s example. But during 1933, as the Great Depression raged, many merchants appealed to President Franklin D. Roosevelt to change the day from the last Thursday in November to the fourth Thursday. The reason for this request? November, 1933 had five Thursdays, which left the minimum number of shopping days between Thanksgiving Day and Christmas Day. Roosevelt denied this request, leaving the holiday on the last Thursday of the month.

But in 1939, the next five-Thursdays-in-November year, President Roosevelt gave in to the requests of business owners and established the fourth Thursday of November as Thanksgiving Day. National chaos ensued, with some states following Roosevelt’s lead and others sticking with the traditional last, and in this year, fifth Thursday. This meant, among other things, that families living in different states were in many cases unable to celebrate Thanksgiving together. The national controversy over the day of the holiday continued, until Congress passed a law on December 26, 1941, making the fourth Thursday of November the one, official, national day.

Recalcitrant Canada, I might add, does not recognize the fourth Thursday in November as Thanksgiving Day. I learned this the hard way while in college. Some friends and I decided to celebrate Thanksgiving by driving from Boston up to Montreal. It didn’t dawn on us that Canadians celebrate their Thanksgiving on the second Monday in October. This wouldn’t have been so bad, except that the restaurant in which we had our Thanksgiving dinner didn’t even have turkey on its menu. I had to settle for quiche, of all things. Now that’s a Thanksgiving travesty, from a narrow-minded American perspective, I might add.

I want to close by printing the text of Lincoln’s original Thanksgiving proclamation. I won’t add my own comments. But I will italicize a few sections that strike me as especially profound. As you read this proclamation, you might ask yourself: What would happen if an American President used this kind of language today in an official proclamation? What in this statement speaks to the heart of our national crisis today?

The year that is drawing toward its close has been filled with the blessings of fruitful fields and healthful skies. To these bounties, which are so constantly enjoyed that we are prone to forget the source from which they come, others have been added which are of so extraordinary a nature that they can not fail to penetrate and soften even the heart which is habitually insensible to the ever-watchful providence of Almighty God.

In the midst of a civil war of unequaled magnitude and severity, which has sometimes seemed to foreign states to invite and to provoke their aggression, peace has been preserved with all nations, order has been maintained, the laws have been respected and obeyed, and harmony has prevailed everywhere, except in the theater of military conflict, while that theater has been greatly contracted by the advancing armies and navies of the Union.

Needful diversions of wealth and of strength from the fields of peaceful industry to the national defense have not arrested the plow, the shuttle, or the ship; the ax has enlarged the borders of our settlements, and the mines, as well as the iron and coal as of our precious metals, have yielded even more abundantly than heretofore. Population has steadily increased notwithstanding the waste that has been made in the camp, the siege, and the battlefield, and the country, rejoicing in the consciousness of augmented strength and vigor, is permitted to expect continuance of years with large increase of freedom.

No human counsel hath devised nor hath any mortal hand worked out these great things. They are the gracious gifts of the Most High God, who, while dealing with us in anger for our sins, hath nevertheless remembered mercy.

It has seemed to me fit and proper that they should be solemnly, reverently, and gratefully acknowledged, as with one heart and one voice, by the whole American people. I do therefore invite my fellow-citizens in every part of the United States, and also those who are in foreign lands, to set apart and observe the last Thursday of November next as a day of thanksgiving and praise to our beneficent Father who dwelleth in the heavens. And I recommend to them that while offering up the ascriptions justly due to Him for such singular deliverances and blessings they do also, with humble penitence for our national perverseness and disobedience, commend to His tender care all those who have become widows, orphans, mourners, or sufferers in the lamentable civil strife in which we are unavoidably engaged, and fervently implore the imposition of the Almighty hand to heal the wounds of the nation and to restore it, as soon as may be consistent with the divine purpose, to the full enjoyment of peace, harmony, tranquility, and union.

In testimony whereof I have hereunto set my hand and caused the seal of the United States to be affixed.

Done at the city of Washington, this 3d day of October, A. D. 1863, and of the Independence of the United States the eighty-eighth. 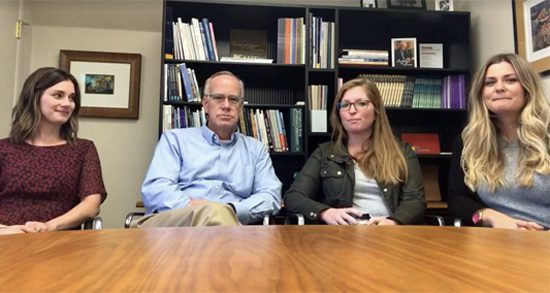 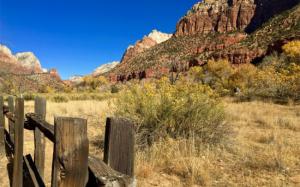 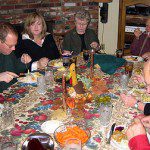