“Ebenezer Scrooge” – The Meaning of the Name

Part 5 of series:
Christmas According to Dickens

“Ebenezer Scrooge” – The Meaning of the Name

As a first step in our consideration of the question “Why did Ebenezer Scrooge change?” I want to examine the character’s name. Charles Dickens was an author who paid attention to the tiniest details of a story. Surely he chose the name “Ebenezer Scrooge” quite intentionally, fully aware of its multiple layers of meaning.

The Meaning of “Scrooge” 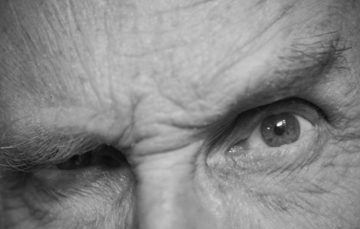 For us, the word “Scrooge” is synonymous with “cranky, selfish miser.” The character of Ebenezer Scrooge is so familiar that if you were to refer to someone as a “Scrooge,” just about everybody in the Western world would know what you mean. They’d understand that you were not offering a compliment!

In fact, however, the name “Scrooge” is a variation of an obscure English verb: “to scrouge” or “to scruze.” This verb means “to squeeze” or “to press.” The fact that Dickens chose the name “Scrooge” with this meaning in mind is clear in the classic description of the character in Stave One of A Christmas Carol:

Oh! But he was a tight-fisted hand at the grind-stone, Scrooge! a squeezing, wrenching, grasping, scraping, clutching, covetous, old sinner! Hard and sharp as flint, from which no steel had ever struck out generous fire; secret, and self-contained, and solitary as an oyster. The cold within him froze his old features, nipped his pointed nose, shrivelled his cheek, stiffened his gait; made his eyes red, his thin lips blue; and spoke out shrewdly in his grating voice. A frosty rime was on his head, and on his eyebrows, and his wiry chin. He carried his own low temperature always about with him; he iced his office in the dog-days; and didn’t thaw it one degree at Christmas.

It’s as if Dickens opened his thesaurus and copied down every synonym of “squeezing.”

I believe without a doubt that Dickens chose the name “Scrooge” primarily because of its underlying meaning. But I wonder if a couple other factors figured into the naming equations. First, I wonder if Dickens chose a name that was uncommon or unique. If you’re going to produce a character who is a classic miser, you may not want to name him “Mr. Smith” or “Mr. Roberts,” out of deference to those who have these surnames. Second, the word “Scrooge” just begs to be spoken in a slow, resonant, ghostly manner. When Marley’s ghost drones “Scroooooooge,” that works much better, for example, than “Craaaaachit.” I wouldn’t be surprised if Dickens chose “Scrooge” for its sound as well as its meaning.

The Meaning of “Ebenezer”

In English, Ebenezer is a man’s name. Today it is quite uncommon, apart from its association with A Christmas Carol. In the time of Charles Dickens, men were called Ebenezer, though I’m not able to judge how common the name was. So, for example, in 1840, three years before Dickens wrote A Christmas Carol, a man named Ebenezer Elliott, who identified himself as a “Corn-Law Rhymer,” published a book of his poetical works (Edinburgh: William Tait, 1840).

The name “Ebenezer” is not original to the English language. In fact, itis an anglicized version of a Hebrew name, which is itself composed of two Hebrew words. In 1 Samuel 4:1, for example, the Israelities camped at a place called Ebenezer. This name is a combination of the Hebrew word for stone (eben) and the Hebrew word for helper (‘ezer). Thus, an ebenezer (literally, ha-eben ha-’ezer) would have been a stone that offered some sort of assistance. In 1 Samuel 7:12, the judge Samuel sets up a stone as a monument in remembrance of God’s special help. It was a “help-stone” that reminded the Israelites of God’s care. It was rather like those little monuments you find along highways throughout the United States. They commemorate some event long past, helping us to remember what we would otherwise forget.

Interestingly enough, the name “Ebenezer” appears rarely in A Christmas Carol. Scrooge’s first name is not mentioned in the first pages of the book. We don’t hear it until Marley’s ghost speaks the name, first in explaining that he has no comfort to offer his former partner. Marley’s second use of “Ebenezer” comes when he explains the purpose of his visit: “I am here to-night to warn you, that you have yet a chance and hope of escaping my fate. A chance and hope of my procuring, Ebenezer.” This is the first instance of grace given to Scrooge, and he receives it with his first communication of gratitude, saying, “You were always a good friend to me. . . . Thank ‘ee!” The only other character to use the name “Ebenezer” is Old Fezziwig, Scrooge’s former employer whom Scrooge holds in high esteem. The final use of “Ebenezer” in A Christmas Carol comes on a literal ebenezer, Scrooge’s gravestone. This stone completes the transformation of Scrooge, showing him of how his life might end if he does not become a new man.

Charles Dickens, though not orthodox in his Christian faith, was certainly familiar enough with the Bible to have known the meaning of the name Ebenezer. Given this knowledge and his attention to character names, it seems to me likely that he chose the name “Ebenezer” quite intentionally. Ebenezer Scrooge was not only a man with a “squeezing, wrenching, grasping” character. He was also to serve as a monument for readers of A Christmas Carol. Dickens intended Ebenezer Scrooge to remind us of things we ought not forget, lest we end up like Jacob Marley and the other spirits who walked the earth in sorrow, dragging the heavy chains they forged in life.

What Does Scrooge Remind Us Of?

But for Dickens, the principal value of Christmas was not to celebrate the birth of the Son of God into the world. Rather, Christmas was a time for enjoying friends and family. Moreover, and most of all, it was an occasion for generosity. Dickens’ own estimation of Christmas appears in Stave One on the lips of Scrooge’s nephew, Fred, who says:

But I am sure I have always thought of Christmas time, when it has come round–apart from the veneration due to its sacred name and origin, if anything belonging to it can be apart from that–as a good time; a kind, forgiving, charitable, pleasant time; the only time I know of, in the long calendar of the year, when men and women seem by one consent to open their shut-up hearts freely, and to think of people below them as if they really were fellow-passengers to the grave, and not another race of creatures bound on other journeys.

As the story of A Christmas Carol plays out, this theme is emphasized time and again. Thus, for Dickens, Ebenezer Scrooge is an ebenezer who reminds us, not only to celebrate Christmas, but also to do so through being generous to the poor, especially to poor children.

December 11, 2011
How the Christmas Spirit Can Improve Your Marriage
Next Post 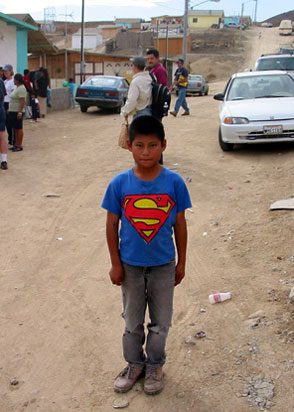 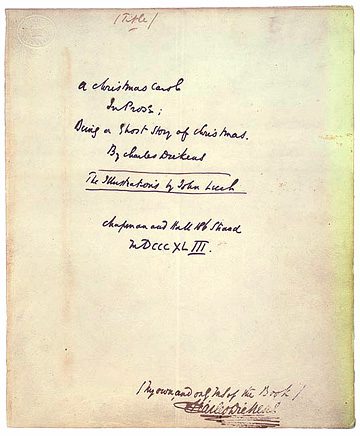 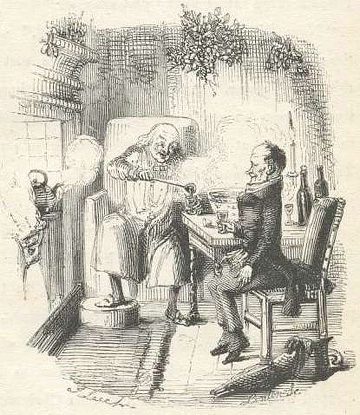