Recently, while hiking out at Laity Lodge, I stumbled (almost literally) upon a large porcupine. He (she?) was about two and a half feet long and two feet wide. He was also right in the middle of my trail, munching on some greenery. I was moving pretty quickly, and came within about six feet of the beast. He did not seem to be particularly concerned, however. Rather, he slowly turned his backside toward me as if to say, “I dare you to come closer.” I did not take the dare. After a while, the porcupine sauntered off, unimpressed by my presence.

The next day I was hiking nearby, so I thought I’d see if the porcupine was in the same place again. Usually, if you see an animal out in the woods, it won’t be in the same place again. But, since the porcupine was eating, I thought he might return for another snack. Sure enough, there he was. And, once again, he wasn’t particularly bothered by my presence. I watched him for quite a long time. At one point, he turned in my direction and seemed as if he might come toward me. I snapped a quick picture and backed away to a safe distance. Finally, I started talking to him, encouraging him to move along so I could continue with my hike. He took the hint and ambled off into the brush.

I thought you might enjoy seeing a photo of my new friend (?). 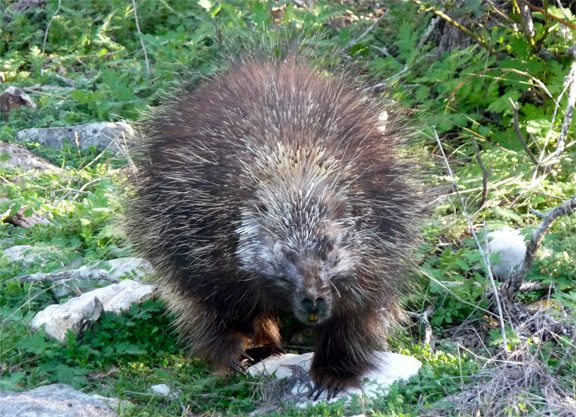 February 17, 2012
Anxiety? Depression? Need Some Help? Therapy? There's an App for That!
Next Post 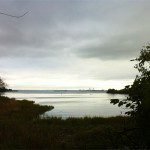 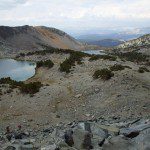 Evangelical
Photos of One of the Most Beautiful Places...
Mark D. Roberts
TRENDING AT PATHEOS Evangelical