Chick-fil-A and the Question of Faith in Business, by David Miller

A few weeks ago, Dan Cathy, CEO of Chick-fil-A, affirmed his company’s support of traditional marriage (i.e., marriage between one man and one woman). This led to a firestorm of criticism, with many denouncing Cathy and Chick-fil-A for their views. Others responded to this attack by flocking to Chick-fil-A in record numbers.

Perhaps by now the hysterical dust has settled enough for a reasonable discussion of some of the issues at stake here. No, I’m not thinking of the issues surrounding same-sex marriage so much as the issues having to do with business leaders and their personal morality. Was Dan Cathy right to inject his religious views into his privately held business? Were his detractors right to denounce him and Chick-fil-A for holding views that are common among people of faith? How should we deal with such matters in a pluralistic society?

My friend, Dr. David Miller, has opened this conversation in a blog post on the Harvard Business Review website. Miller, Director of the Princeton University Faith & Work Initiative, is a business ethicist, author of God at Work, and a former London-based senior executive. I commend his thoughtful piece, not because it answers all of the relevant questions, but because it raises them and seeks reasonable input. Here are a few excerpts:

Dan Cathy, in an interview with the Baptist Press, acknowledged that he personally believes that marriage can only be between a man and a woman, due to his understanding of his Christian faith (“guilty as charged,” was his now infamous response). Neither he, nor Chick-fil-A, is accused of illegal discrimination against its customers, employees, or franchisees based on sexual orientation or anything else.

Cathy’s comments and the ensuing global response made for good theater, entertaining press, and occasionally intelligent conversation about individual rights, First Amendment speech, religion, and corporations. But leaving all this rhetoric and hyperbole aside, why did the personal views of a CEO of a private, largely Bible-belt-based chicken fast food company to his church press on a public issue turn into a global media feast?

Regardless of one’s stance on the issue of gay marriage, it seems to me we’re missing an unexplored story. Namely, should and if so how does a CEO integrate his or her deepest held beliefs and values into the corporate culture and ethos, and what are the issues (positive and negative) that this raises? What happens when a CEO chooses to anchor a business model in a set of values, whether rooted in spiritual or secular thought, to create a corporate culture, an unofficial DNA that grounds and guides a company’s ethics? Does it matter if the company is privately or a publicly held?

I encourage you to read the rest of “Chick-fil-A and the Question of Faith in Business” by David Miller. You can add your comments to his post, or here, if you prefer. 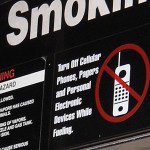