A Letter to My Younger Self: Three Crucial Needs in Your Life

A Letter to My Younger Self: Three Crucial Needs in Your Life September 3, 2014 Alissa Wilkinson

Over at The High Calling, they’ve been running a series of “letters to my younger self.” I especially liked Bob Robinson’s letter:

Not only was Richard good at what he did, he had developed a reputation for honesty and integrity. People knew that his word was solid and that they could trust him. His clients knew that they were going to make a quality product because he made sure that it was. As a result, P.S.I. became very successful.

But it was a huge risk to become an entrepreneur. In their second year of business, the company had very little money in the bank. One of his main clients owed P.S.I. $140,000, but the check never arrived in the mail.

“At that stage of the game, it was something that we could not overcome. I was not ever comfortable as a solicitor of money, but I went to New York and asked the owner of the company if he could perhaps pay us in three payments. And even though they had gone into bankruptcy, I received all three payments. Two other suppliers for them lost a lot of money when they declared. But I got paid. God was very good to us.”

What sustained Richard through both the hard times and the good? As I was interviewing him, three themes rose to the top.

September 2, 2014
The Oldest Story: Broadchurch and True Detective
Next Post

September 4, 2014 Quotidian Magic
Recent Comments
0 | Leave a Comment
Browse Our Archives
get the latest from
Evangelical
Sign up for our newsletter
POPULAR AT PATHEOS Evangelical
1 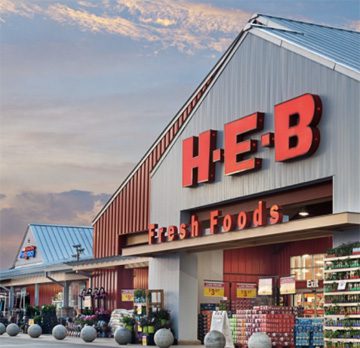 Evangelical
Thank You For This Crummy Job
Mark D. Roberts

Evangelical
Your Labor is a Work of Art
Mark D. Roberts
TRENDING AT PATHEOS Evangelical