Predicting Time With The Tarot

One of the most difficult things when reading tarot can be determining the timing of an event. This is the question that I get asked a lot about by querents as well as tarot readers. There’s a few ways that this can be done, some involving knowledge of astrology, and some that don’t need any knowledge at all regarding timing. In this article when discussing imagery of a card, I am referencing the artwork of the Rider-Waite-Smith deck.

Determining Seasons with the Ace Cards

Each of the four Aces in the tarot relate to one of the four seasons. This is displayed within the art and carries out within the theme of the suit. This is the easiest way to determine timing. You can either have another deck and pull the aces out and shuffle them or you can pull them out of the current deck you are reading from, though if they showed up in the spread that might already be an indication of the time frame. The traditional time associations with the Ace of Cups and Ace of Pentacles is usually switched to match their elemental associations, but I find the cards themselves say otherwise through their imagery.

Ace of Pentacles – Spring – Everything is lush and green and blooming with fluffy clouds in the suit’s imagery.
Ace of Cups – Summer – When everyone wants to be in the water to swim and cool down and the sky is crystal clear.
Ace of Swords – Winter – When everything is cold and barren and the skies are overcast. Note also that the plants hanging from the crown are lifeless.
Ace of Wands – Fall – When the leaves begin falling from the wand like a tree and everything is a bit more golden and brown.

Determining Speed with the Knights

This is a new trick that I learned from my friend Rowan Rivers who runs the Rose & Briar Tarot Blog and it makes perfect sense to me. Once again, you can either have another deck and pull the knights out and shuffle them or you can pull them out of the current deck you are reading from, though if they showed up in the spread that might already be an indication of the time frame.

Knight of Swords – Within Days – The knight’s horse is galloping the fastest in this image and we can see that his mane, the winds and the knight’s feather is indicating the most speed in the Radiant Rider Waite deck. Think of it like taking a jet somewhere.

One can determine the timing of an event based upon the astrological association each card has. Every single card in the tarot is associated with either a planet, a zodiac sign or a planet within a zodiac sign. Knowing the astrological association also helps in understanding the energy of each card – as the aspects are related to the card’s meaning. This is more complex but more precise. 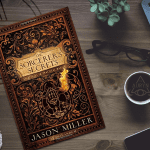 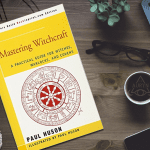 July 14, 2017 Review: Mastering Witchcraft
Recent Comments
0 | Leave a Comment
"This makes me love jack-o-lanterns even more."
Anonymous Jack-O’-Lanterns and the Devil
Browse Our Archives
Related posts from For Puck's Sake