Aradia of the White Flame

In the Sacred Fires Tradition of Witchcraft, we have a concept which we call Sacred Flames. Simply put, the Sacred Flames are primordial forces that we align ourselves with. Each flame provides the tools, techniques, and powers to forge our own soul’s path towards transformation and eventually apotheosis and divine union. As we go through each flame we work with a different frequency of our gods and goddesses, who provide us with challenges, attunements, and gnostic insights. Each flame is an expression of the Holy Fire. The concept of Holy Fire or Witch Fire is central to the Sacred Fires tradition of Witchcraft. As we touch and work with the different flames of the Holy Fire, it touches and changes our own energy and identity.

It is Aradia within our tradition that acts as guide through our transformation. Aradia is the avatar of the White Flame within Sacred Fires. The White Flame is the home frequency of the witch and the witch power within you. During the White Flame training we are taught to harness the witch power, meet our familiar spirit, as well as to align and purify ourselves. During this portion of the training, all basic knowledge of popular witchcraft including an introduction to Sabbatic and ecstatic craft styles is taught. The White Flame is available to everyone who wishes to seek it out as an outer-court training system, as these empowerments are meant to assist every witch who desires it. The White Flame is the basic “Witch Fire” or “Witch Power” and all the material in Devin Hunter’s The Witches Book of Power is considered White Flame material. The other flames are reserved for the inner-court tradition, though The Witches Book of Spirits touches upon some of our outer-court material for the Indigo Flame. The other flames emerge and are all accessed from the white flame first, just as all color on the light spectrum can be refracted from white.

Aradia, of course is the “first witch” in myth sent from Diana and Dianus (or Lucifer). The debated historical Aradia is not the aspect of Aradia that I’m talking about. For us, Aradia is much more complex and much more simple than a just historical Christ-like figure of the witches or a goddess of witchcraft. For that I would recommend checking out Weiser’s version of Aradia or Gospel of the Witches which has some great entries on the topic at the end of the book by some very well-known authors and Aradia: Gospel of the Witches, Expanded Edition which provides a totally new translation and some interesting academic discussion on the historical authenticity of Aradia. Raven Grimassi’s The Book of The Holy Strega and Italian Witchcraft also provide information that he was passed on from his family’s Strega tradition in regards to the lore of Aradia as a real individual.

To Understand Aradia in Sacred Fires we have to take a look at our cosmology. Our main gods are that of Diana, whom we work with as Queen of the Witches and Dianus, whom we work with as King of the Witches. They are the Divine Twins that emerge from the Star Goddess, or Source. If we think of this all in the idea of frequency, we have the Star Goddess who splits into two different frequencies as God and Goddess (though gender isn’t really a thing for us when it comes to how we view our gods). For anyone who has used binaural beats you know that a solid unwavering tone in the left ear (lets say it’s 200 Hz for example), and another unwavering tone in the right ear (let’s say 205 Hz), the brain will hear this as wavering sound and will process it as a totally new frequency (which would be 5 Hz in our example), as if the two frequencies have given birth to a new one. While not a perfect example, it’s one of the best I can use as a metaphor. In this metaphor Aradia is a new frequency that occurs from the union of these two different frequencies, just like the myth about Diana and Dianus/Lucifer’s union creating Aradia.

However, the gods are not just frequencies. They are individual entities with their own distinct personalities, gods and goddesses in every sense of the word and Aradia is no different. For us Aradia is the teacher of Witchcraft as well as the spirit of the Witch themselves. It’s very hard for me not to see a similarity and parallels with Shakti in Hinduism and Yoga traditions. Shakti is considered to be a primordial cosmic power that moves through all things, very similar to the idea of “The Star Goddess” in the Feri Traditions of Witchcraft and within Sacred Fires. She’s a goddess in her own right, but she is also a force that lays dormant within each person in the form of kundalini. When that kundalini is activated it leads to cosmic awareness and mystical powers, much like the ideas of the Witch Fire in Witchcraft Traditions.

While there’s various etymological theories regarding Aradia’s name, the one I resonate with the best is that it is a compound of the Latin & Italian word ara meaning altar and dia being a shortened version of Diana. Thus she is the “Altar of Diana”, that sacred place inside us from which we do our magick and witchcraft. Just as the Charge of the Goddess states, “If that which you seek, you find not within yourself, you will never find without.” Aradia is that divinity within us that we need to tune into to genuinely understand divinity outside of us. Aradia is what were refer to as that place within you that certain Craft traditions refer to when they say “Thou Art God/dess”. Aradia is a reminder that our power comes from the gods and that we are the children of the gods ourselves and as such are meant to be free in our own self-sovereignty, because We Are Aradia.

There’s a somewhat rhetorical question often posed in witchcraft when the topic of initiations comes up for the purpose of meditation. The question is “Well, who initiated the first witch?” After meditation on this for a couple of years, I’ve come to my own answer. Aradia, as the spirit and force of the witch power was the first initiator. The answer lies hidden in plain sight for me within Aradia or Gospel of the Witches by Charles Leland in which the goddess Diana speaks to Aradia:

“Tis true indeed that thou a spirit art,

But thou wert born but to become again

A mortal; thou must go to earth below

To be a teacher unto women and men

Who fain would study witchcraft in thy school.”

– Aradia or Gospel of the Witches 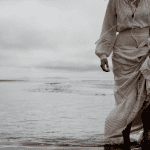 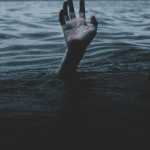 November 16, 2017 Rivers of the Underworld
Recent Comments
0 | Leave a Comment
"This makes me love jack-o-lanterns even more."
Anonymous Jack-O’-Lanterns and the Devil
Browse Our Archives
Related posts from For Puck's Sake