Rivers of the Underworld

Styx (pronounced stiks) is the main river of the Underworld and a goddess of the same name who was the daughter of the Ocean Titaness Thetys and the Ocean Titan Oceanus. When the Titanomachy occurred, the battle between the Titans and the Olympians, it is said that the goddess Styx was the first to rush to Zeus’ aid and side with him and swear an oath of allegiance to him. She was the personification of hatred and with Pallas, the Titan god of battle and warcraft and children that included Nike (Victory), Zelus (Zeal & Rivalry), Bia (Force), Kratos (Strength) and Eos (Dawn). All of this children also sided with Zeus and their mother in the Titanomachy and all embodied qualities that ensured victory against the Titans, including the dawn of a new era of rulership.

Because of Styx’ oath of loyalty to Zeus, all oaths sworn upon the river were taken very seriously as they were automatically binding and the gods themselves would often swear oaths upon the river. The river was named after Styx because it had great power just as the goddess. Any part of the body that touched the river became invincible. His mother who held onto his heels dipped Achilles into the river as an infant; as such he was invincible except for his heels. As such the expression “Achilles Heel” is used to discuss a weak spot or point of vulnerability.

The River Styx is believed to separate the realm of Earth and the realm of the underworld. A spirit named Charon is a ferryman who would guide newly deceased souls to the underworld on the River Styx. He would only guide those who made the payment of a coin that is placed within the mouth of the deceased person’s body. This coin is usually placed within a person’s mouth shortly after their death by a family member or loved one and is meant to ensure safe passage to the underworld. Those who could not pay the coin were stuck at the banks of the River Styx on the Earth side.

Acheron (pronounced ak-uh-ron) is a river in the Underworld of pain, woes and sorrows. But it may not be so much that this means that it induces sorrow, but rather that it is a place of atonement. The Suda, a Byzantine encyclopedia of the ancient Mediterranean world from the 10th-century describes Acheron as river of purification and healing, a place where your transgressions of the souls would be cleansed away. However, other Greek myths relate that drinking of the waters is drinking death itself and would induce a quick death.

Acheron is the main river that Charon navigates souls upon from the river Styx. Styx was not the only river that emerged from Acheron, the rivers Cocytus and Phlegethon also flowed from Acheron. Acheron was the main river of the Tartarus. Acheron is not only a river but also the name of a spirit who was the child of the Earth Titaness Gaia and the Sun Titan Helios. During the Titanomachy war Acheron gave the Titans water as refreshment, as such after the war he was punished by being transformed into the river Acheron, bound to Tartarus forever.

Lethe (pronounced lee-thee) is the river in the Underworld of forgetfulness. It is not just a river but also a goddess of the same name who is a daughter of Eris, the goddess of discord. The river runs through the Cave of Hypnos, the god of sleep. The noise that is made by the echo of the flowing river within the cave made any who heard it extremely tired.

The river is said to border Elysium and all those who drank from its water would have their memories of their mortal life erased. As such it is required that souls drink from the water before they could reincarnate. Since death is only the true form of full forgetfulness we use words in English like “lethal”. When someone is sleepy and lacks energy we use words in English like “lethargic”.

Cocytus (pronounced co-kye-tus) is the river of the Underworld of wailing and lamentation. It is along the banks of Cocytus that the unburied dead lament and wail, wandering aimlessly for one hundred years. If properly buried Charon will ferry them across the river. The god Cocytus was the son of the Ocean Titaness Thetys and the Ocean Titan Oceanus. He had a daughter, a naiad-nymph named Minthe who became a concubine of Hades. She started to make statements about being more beautiful, superior and noble than Persephone and that Hades adored her more. Enraged, Persephone transformed her into the plant Mint, which is named after Minthe. Mint was one of the main plants used in Greek funerary rites to try to conceal the smell of decay.

Just as Phlegethon was depicted as the river of fire in Greek mythology, Cocytus is depicted as a frozen lake in Dante’s Inferno of the Divine Comedy, which is heavily influenced by Greek mythology. Dante relates how Cocytus is filled with the tears of Lucifer that are frozen. Though an imaginative poem about Christianity’s afterlife, I do resonate with the idea of this river being frozen or icy from my own personal gnosis, but this isn’t a classical Greek belief that I’m aware of. 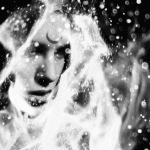 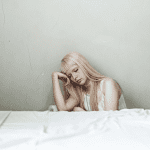 November 16, 2017 How To Remember Your Dreams
Recent Comments
0 | Leave a Comment
"This makes me love jack-o-lanterns even more."
Anonymous Jack-O’-Lanterns and the Devil
Browse Our Archives
Related posts from For Puck's Sake