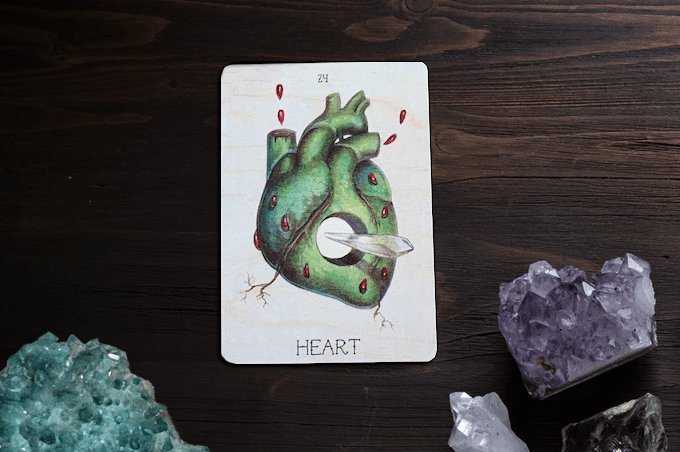 The Seeker’s Lenormand is a beautiful deck by A.L. Swartz, the artist behind The Wooden Tarot & The Earthbound Oracle. All three decks are complimentary to eachother in feel and style. Swartz has a beautiful art style being a mix of naturalism, macabre, esotericism, and a touch of surrealism.  The artist states on their website that they like to “combine opposites in my work by fusing the beautiful and the grotesque, the living and the dead, and the real and surreal.” What’s particularly awesome about this artist is that all their work is done on real pieces of wood as a canvas.

This may be the most imaginative and attractive lenormand decks that I’ve come across. On the Mouse card there’s a mouse living inside a skull of a larger animal while a sprout emerges from the skull, reminding me of a small seed that slowly cracks through the pavement. For the Ship card, we have a ladybug riding on a leaf in the water. The coffin card depicts a cocoon. As you can see there’s lots of creativity involved in this deck, without straying too far from the original idea of each lenormand card. I also like that the dog card is just a collar with a crescent moon, which conjures to mind images of Hekate’s hounds and Diana’s hounds. As with the majority of Swartz’ art, you also get lots of multiple eyed and multiple headed animals in the imagery in The Seeker’s Lenormand.

The cards in The Seeker’s Lenormand are 2.5×3.5″ and the card stock is professional quality. Schwartz writes that “like the imagery used in The Wooden Tarot and Earthbound Oracle, I focused on simple objects and themes with multi-purpose symbolism and a slightly surreal and macabre twist. There are characters and symbolism that trail through all three decks; for example, the brown wood mouse who makes the Fool’s Journey through the major arcana of The Wooden Tarot can be seen again as The Rider (which also features the snail from The Chariot) in The Seeker’s Lenormand.” 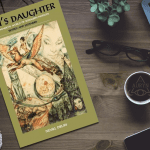 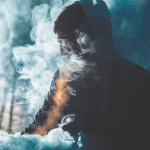 December 11, 2017 Glossolalia in Paganism & Occultism
Recent Comments
0 | Leave a Comment
"This makes me love jack-o-lanterns even more."
Anonymous Jack-O’-Lanterns and the Devil
Browse Our Archives
Related posts from For Puck's Sake