Witchcraft Has Always Been Political

The history of Witchcraft reminds us of what happens when people start singling out certain groups and classes of people and dehumanizing them. It reminds us of what happens when people start turning a blind eye, make excuses for, or even worse supporting the abuses of marginalized groups and classes of people. It reminds us what happens when religion and state become a singular force. It reminds us of how dangerous it is for those in political power to start whipping the public into a frenzy and to encourage violence against others. We don’t even have to look that far back to see what happens, we can simply look at World War II to see what happens. Knowing history isn’t the ability to recognize that a fascist nationalist is committing genocide and being able to draw a parallel with that happening in history before. Knowing history is the ability to recognize the parallels of every step along the way to a fascist nationalist committing genocide and being able to prevent it before it happens.

The Hex Appeal of Activism

Witchcraft Is The Spirit of Otherness

The Charge of the New Aradia 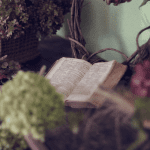 June 22, 2018
Four Books To Learn More About Aradia
Next Post 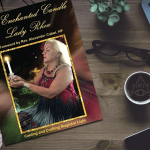 July 6, 2018 Review: The Enchanted Candle
Recent Comments
0 | Leave a Comment
"This makes me love jack-o-lanterns even more."
Anonymous Jack-O’-Lanterns and the Devil
Browse Our Archives
Related posts from For Puck's Sake