Sometimes during psychic tarot readings clients get what I refer to as “psychic amnesia.” For some reason while getting a reading they may not be connecting the dots or thinking about what you’re saying but then after the reading it suddenly becomes perfectly clear. Sometimes this is just because they get fixated on one thing you say and stop listening while they ruminate on what you’ve just said. Sometimes this is just because they’re having the “experience of having a reading” and are outside of their comfort zone and just aren’t connecting dots.

Several years ago during a reading I told a woman that, “If you don’t take care of letting go of these other people’s burdens that they’re piling onto you and don’t place strong boundaries down then I have a strong fear that this energy will begin manifesting in your health within one year and feel that it has already started to manifested.” She asked if I knew what sort of health condition to look for. So I asked if I could perform a health scan, a technique I teach in my book, and re-emphasized that this isn’t a medical diagnosis and that she should always seek out the opinions of doctors for anything health related. She agreed and so I performed the scan.

I told her “My concern is that it will affect part of your body that isn’t quite the bones, isn’t quite muscles but something kind of in between and effecting both but may end up being very serious though it may seem minor at first, something that involves swelling and makes movement difficult and would spread to parts of the body that wouldn’t be expected – but this isn’t Cancer or anything. I keep seeing the image of a door hinge when trying to tune into what it is. With the Ace of Cups over here I feel that this manifestation has started within your body last Summer. I’m not a doctor so it’s hard for me to put the exact labels on what I’m receiving and am not trying to diagnose you, and let me be clear that I cannot, but I would advise resting and letting go of all these burdens that aren’t yours by establishing stronger boundaries and just making sure you go to the doctor when there’s any signs of pain. A check-up would definitely be good.”

She responded by saying, “Hmmm. No. I don’t know what you’re talking about in regards to that.” Ten minutes later at the end of the reading client vents about past year, almost to correct me on my reading, “…and then last July I was diagnosed with Rheumatoid Arthritis after all of this drama started occurring.”

I’ve seen this happen with other readers as well. At a wedding I attended in Salem, they brought in a very talented psychic medium for part of the reception to perform a gallery reading – yes, I have some badass friends. A gallery reading is when a medium is in a room of people and starts reading people randomly based on the strongest psychic connection they’re picking up and if you believe that the reading is for you then you either stand up or raise your hand to “claim” the deceased person coming through. Think television mediums like John Edwards and such, that’s a gallery reading.

Anyways, the medium was bringing through really specific information. She was discussing an aunt who was the “cool aunt” and started talking about a very specific sports car by brand and said that it was blue. No one claimed this. It started to become obvious the medium was becoming nervous because she was obviously picking up something very strong but no one was identifying with it. The medium continued to describe the “cool aunt” holding a bowl of popcorn that was coming through and said that her name started with a “J” like “Jean” or something. The medium looked around the room to only see dead silence and blank stares. The medium continued, “okay, something about leather pants, I know that’s weird, but I’m being shown leather pants.” Not a single person claimed the connection. You could tell that the medium was feeling a bit uneasy but moved on to the next spirit connection she was picking up.

Afterwards, outside of the event after the medium had left and people were smoking and talking I overheard a woman speaking to a friend, “I think that was my aunt Jenine! She had a sports car like that which was blue and she’d let me sit on her lap and hold the steering wheel while when I was a kid when she drove without telling my parents. I remember she was wearing leather pants when I was sitting on her pants! Every time we came over as kids she would always put on a movie and make popcorn, it was sort of her thing!” I politely interjected and asked why she didn’t claim the connection and she said “I don’t know, for some reason I just wasn’t connecting it at the time.”

If you aren’t confident in your psychic ability having people say “no” or not resonating or connecting with the information you’re bringing through may be extremely discouraging. However, if you are sure that you have a strong connection with the energy that you’re receiving and you’re receiving it then it’s important for you to deliver that information as a reader – even if you end up being wrong. Because chances are that you aren’t wrong. The best you can do in these situations is hope that they’re listening to your advice, psychic impressions, and messages and that it’s sinking in and will be helpful later on, even if it doesn’t make sense in the moment. Many times it’s the information that you’re reluctant to deliver and are thinking “no, there’s no way that very specific image or symbol means something to that person” that ends up being the most important piece of information to deliver.

I have laid out a whole system of ensuring that you are as psychically tuned-in and energetically connected during your readings in my book Psychic Witch: A Metaphysical Manual of Meditation, Magick and Manifestation to ensure that you are receiving as much information as clearly and strongly as possible. However, sometimes psychics are wrong. Sometimes you will be wrong. That shouldn’t discourage you or dismiss psychic ability. One of the things that Jason Miller has said that has really stuck with me over the years is just that. He goes on to explain that sometimes doctors are wrong. Sometimes lawyers are wrong. Sometimes consultants are wrong. That doesn’t mean they’re always wrong, unskilled, unqualified, or fake. He is completely right. It just means that with any type of profession when it comes to advice and any sort of diagnosis, not a single person on Earth is 100%. It’s more important that you risk delivering what you’re picking up even if it’s wrong than provide a reading that isn’t helpful or vague. And just like a doctor, lawyer, or consultant, you should encourage them to go seek a second or third opinion. 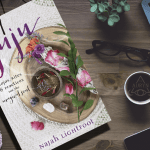 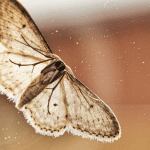