First there was the panic over Harry Potter. Now The Christian Broadcasting Network is warning about a new Disney cartoon called The Owl House, with a super dramatic headline stating “Warning to Parents: New Disney Cartoon Teaches Kids How to Be Witches, Using a Demon to Do So.” The article goes on to state:

“The show tries to portray witchcraft as a positive tool to fight evil. That’s similar to what real-life witches have been promoting over the past few years as they’ve been putting hexes on President Trump and others in order to fight for their beliefs.”

The article then proceeds to start throwing out Biblical verses right and left. Yes, I do notice the irony that the article (and website) is completely in support of Trump despite being the most un-Christ-like president that The United States has ever seen. The cognitive dissonance is particularly interesting when stating that “witchcraft as a positive tool to fight evil” and then saying it’s similar to witches putting hexes on President Trump, who is pretty much the living embodiment of the exact opposite of all of Jesus’ teachings in the Bible, or be more concerned about a fantasy cartoon than feeding, clothing, sheltering, and funding children’s educations.

The show’s actual plot is explained on Wikipedia as:

“Luz is a self-assured teenage human girl who accidentally stumbles upon a portal to another world. When on the Boiling Isle which is made from the remains of a dead Titan, she befriends the rebellious witch Eda and an adorably tiny warrior named King. Despite not having magical abilities and having to pose as a witch due to the prejudice towards humans, Luz pursues her dream of becoming a witch by serving as Eda’s apprentice at the Owl House and ultimately finds a new family in an unlikely setting.”

Can you imagine how great it would be if you could learn witchcraft from watching a cartoon? Unfortunately, as most witches know, that’s not how it works.Witchcraft takes a ton of work and study and practice. You can no more learn to be a witch from watching The Owl House as you can from watching Harry Potter, though positive portrayals of witchcraft as a marginalized practice are important and can change public perception of what witches are—which is magick in itself. The same is true for positive portrayals in media of people of color, queer folks, and people who are differently abled. This includes fantasy. Children need fantasy in their lives, or they’re likely to believe fantasies such as Trump somehow being remotely Christian when they grow up.

Anyways, I want to thank The Christian Broadcasting Network for bringing this show to my attention because it looks super cute and wanted to share it with all of you because I think many folks and their children will enjoy watching it. Just check out the trailer above! Adorable. The show is scheduled to premiere on Disney Channel on January 10, 2020. 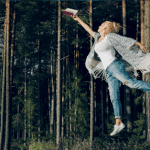 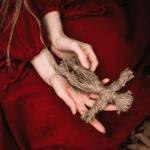 January 14, 2020 Harm None, But Take No Sh*t
Recent Comments
0 | Leave a Comment
"This makes me love jack-o-lanterns even more."
Anonymous Jack-O’-Lanterns and the Devil
Browse Our Archives
Related posts from For Puck's Sake