Harm None, But Take No Sh*t

Recently I had the honor of appearing on Madame Pamita’s “Live Magic Q&A.” Madame Pamita is one of my favorite humans ever and I had no idea what kind of questions were going to be asked, so it went into some really interesting topics. One of the topics discussed was magick related to cursing and hexing. My views on this topic are not as clear cut as that of a lot of other people. Being pro-curse is trendy these days, to the point where it should probably concern any serious magickal practitioner. I think this is in response to decades of having the “three-fold law” and shallow interpretations of “harm none” shoved down our throats. The topic of cursing is something that I think needs a more balanced consideration. The following are some of my thoughts on the topic. How you choose to incorporate or disregard these perspectives is up to you. You do you, Witch.

What particularly concerns me the eagerness that some are ready to curse others over trivial matters. For example, I recently saw someone on social media post about something really rude that a stranger said to them. The immediate response was a flood of people saying that he should curse the person to teach them a lesson. It genuinely makes me wonder if these people actually believe in the power of magick and what it can do, or if they’re completely void of empathy and remorse for other people. I wouldn’t go and stab someone because they hurt my ego or feelings. Sometimes the coin to pay for cursing is watching the curse unfold, which is why I give myself a three-day rule to calm down before I decide to even attempt malefica—to which I 90% of the time decide not to once I’ve calmed down and am thinking a bit more clearly – and think of more strategic ways to solve the problem then running to the magickal equivalent of violence.

One of the examples I gave to illustrate this while talking to Pamita was discussing the movie The Craft, a childhood favorite. I give this example because it’s similar to what I experienced when I was more curse-happy earlier on in my path. In the movie, Rochelle (played by Rachel True) places a curse on her racist school bully where her hair starts falling out. Rochelle’s coin to pay wasn’t going bald herself or anything like that. The coin she pays is shown when she sees the racist bully sobbing in the shower as her hair is falling out and we can see the remorse in Rochelle’s face as she realizes that even for someone like this bully, what she did to this person was cruel.

I do believe that there may be appropriate times to curse, hex, and bind during desperate circumstances—just as there are situations where you would use violence for self-defense when attacked. I am not against aggressive magick if done responsibly and willing to accept the price that action costs. In fact, there are a couple of books that I feel are great resources responsibly engaging in such types of magick such as Dorothy Morrison’s Utterly Wicked, Storm Faerywolf’s Forbidden Mysteries of Faery Witchcraft, and Kate Freuler’s upcoming Of Blood and Bones (which I was honored to write the foreword to). I also think you should be well versed in defensive magick before you even attempt using magick as an offense.That being said, it’s important not to underestimate the power of magick, especially the consequences of cursing. Some will state that there’s no repercussions to performing cursing or binding but that defies everything we know about the world and nature. Everything we do, including mundane acts such as things we say, actions we take, and decisions we make have an effect based on that cause. Why would magick be any different?

This does not mean that our magick is going to come back on us threefold necessarily, but there are consequences to everything we do in life. Unless we think magick is somehow exempt from the way everything else in the universe functions and is seen as a completely un-natural, which I don’t. I often wonder what effect all this cursing and hexing is carrying out in the world through the chain of cause and effect like the butterfly effect. I don’t personally have an answer for that.

Another thing that I bring up with Pamita is my belief that every act of magick we engage in changes us in one way or another. That change either puts us into more alignment with our True Will or it distances ourselves from it. However, True Will is going to differ in what it looks like from person to person. But we aren’t going to discover our True Will if we’re throwing ourselves out of alignment.

I think ethics are personal when it comes to magick, but something we should definitely meditate upon if we want to grow as occultists, humans, and a collective species. Until then, the only moral guidepost I have for myself is what I feel is the occult’s version of the Golden Rule. It’s from the brilliant (though problematic) Aleister Crowley who wrote that “Love is the law, love under Will.” This means that our truest purpose for existence is to carry out our True Will and to have that in alignment with Universal Divine Will. To understand Divine Will, we have to understand that it involves love and a desire for unison. When we curse others out of the mentality of aggression against “otherness”, we’re cursing ourselves on one level because at the core we’re all one and we’re affecting one another, like cells attacking other cells within a body.

“IT IS WRITTEN that ‘Love is the law, love under will.’ Herein is an Arcanum concealed, for in the Greek Language [Agape], Love, is of the same numerical value as [Thelema], Will. By this we understand that the Universal Will is of the nature of Love. Now Love is the enkindling in ecstacy of Two that will to become One. It is thus an Universal formula of High Magick. For see now how all things, being in sorrow caused by dividuality, must of necessity will Oneness as their medicine… Understand now that in yourselves is a certain discontent. Analyse well its nature: at the end is in every case one conclusion. The ill springs from the belief in two things, the Self and the Not-Self, and the conflict between them. This also is a restriction of the Will. He who is sick is in conflict with his own body: he who is poor is at odds with society: and so for the rest. Ultimately, therefore, the problem is how to destroy this perception of duality, to attain to the apprehension of unity.
– Aleister Crowley, “De Lege Libellum“

But if that unity is threatened, or the True Will is being restricted, would cursing be acceptable? That’s a question I think every practitioner should meditate on and decide for themselves. Remember that for Arjuna his dharma is to be a warrior and to fight in a war. In that vein, magick is often seen as a tool of the oppressed to balance the playing field towards justice, as we see in the mythopoetic Aradia.

But when do we truly know that we’re just when it comes to personal slights? For example, two lovers who divorce are usually going to vilify the other in their perspective and experience. That’s much harder to judge than say, the marginalization of a group of people using political power to do so. When do we step from oppressed to oppressor and start taking on their tools and inflicting it upon others? When do we become different versions of the monsters that we’re fighting? My opinion is to ask yourself if the magick you are going to cast is justified and going to bring more balance or throw things out of balance in life. If you’re interested in the thoughts of elders and leaders of different magickal practices on the topic of cursing, you can read some of their thoughts from this old interview I conducted a few years back.

Here is the full interview with Pamita if you’re interested in watching:

PS – For those who are curious, Pamita did do the spell to get me to Pantheacon and everything suddenly lined up so that it could happen…because magick is real. 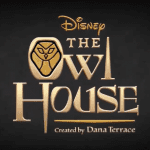